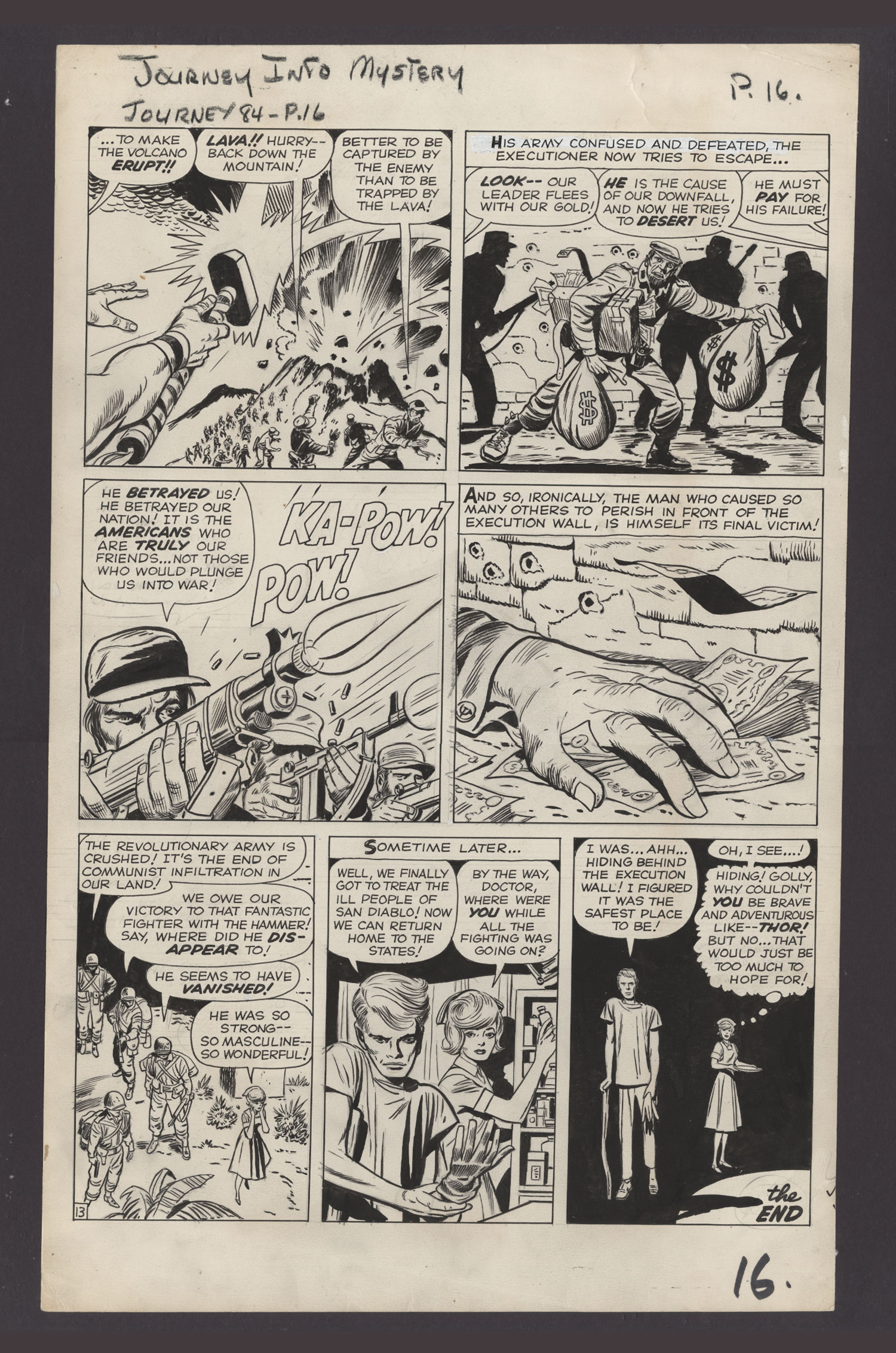 Watch
Pg. 16; Jack Kirby pencils, Dick Ayers inks; image size 12.5" x 18.5"This page comes from the second appearance of the Mighty Thor in the pages of Journey into Mystery. Rendered by the legendary hand of Jack Kirby, the action involves the comeuppance of the evil commie, the Executioner, told in rapid-fire style as the master illustrator advances the story in perfect beats from panel to panel.

Incorporating a plot ripped from headlines of 1960's newspapers, Stan Lee plays upon American's anxieties about the rise of the Red Menace, as Communism was seemingly spreading inexorably across the entire world. As Timely Comics made their bones during WWII by having their heroes battle the Axis powers, so too did the heroes of Marvel's Silver Age do their part for the USA by taking on Cold War-era enemies in their superpowered exploits. Any Kirby/Lee collaboration from this time period is certain to be a hotly contested auction lot, and this superb page is no exception.
Artists Information