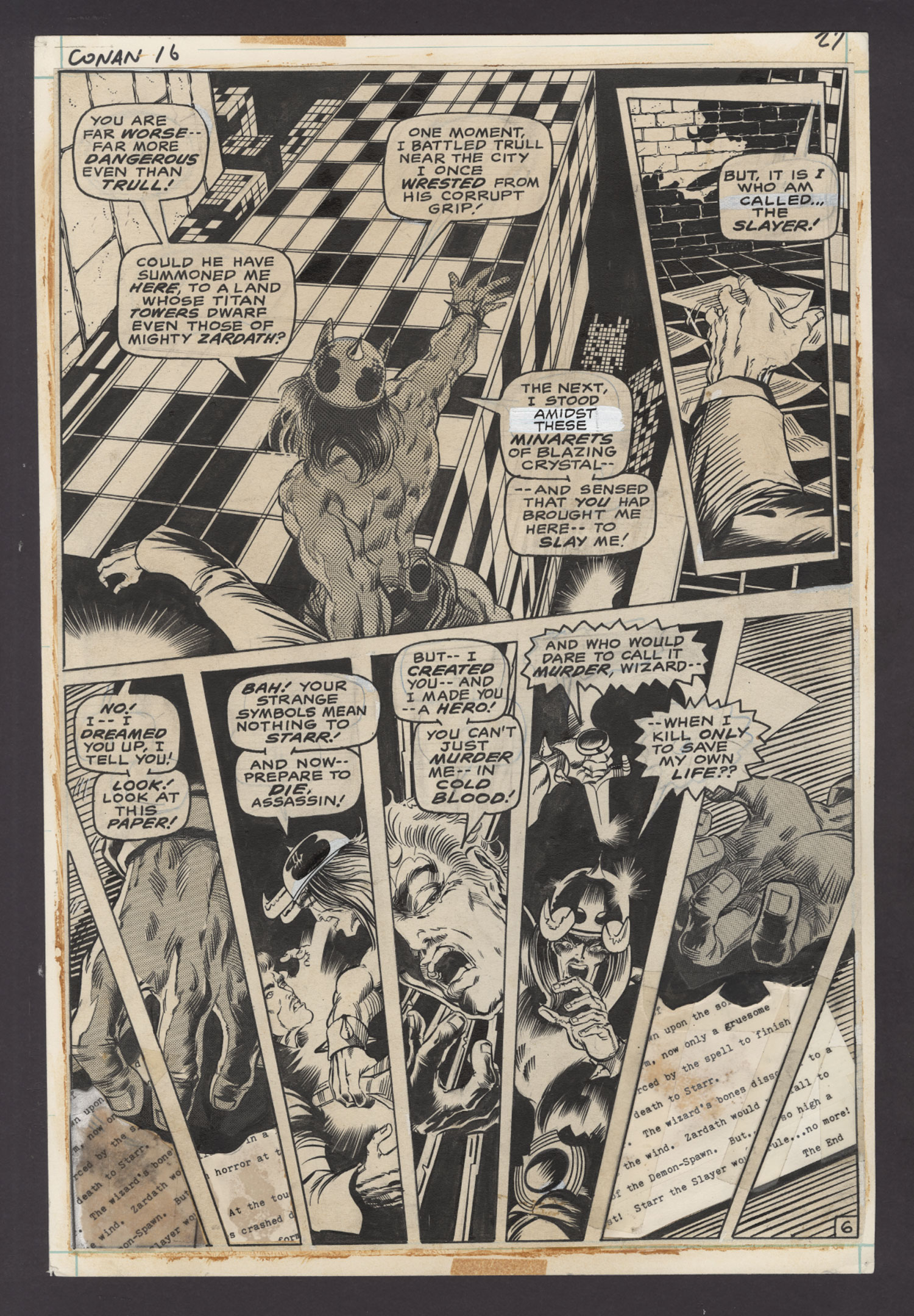 $4,500
Sold For
30
Bids
This auction has ended.
PUBLISHER: Marvel
COMMENTS: Pg. 27; Barry Windsor-Smith pencils and inks; image size 10" x 15"
Page 6 from the story, The Sword and the Sorcerers!
Read Description ▼
Sell One Of These Inquire About This

Watch
Pg. 27; Barry Windsor-Smith pencils and inks; image size 10" x 15"
Page 6 from the story, The Sword and the Sorcerers!This Barry Windsor-Smith piece features Starr the Slayer, a Conan-inspired figure designed before Marvel acquired the rights to Robert E. Howard's creation, making this quite the interesting collectible. Appearing in both Chamber of Darkness #4 and Conan the Barbarian #16, this tale, featuring the barbarian prototype, bears an almost indistinguishable resemblance to Smith's rendition of Conan. The story on the page involves the Slayer's mind-bending trip to a parallel universe, in which he finds the author of a story featuring himself, and, in true barbarian fashion, attempts to kill its creator. Employing creative panel design and the strong-yet-delicate line work Smith is known for, this is a special piece for those Sword and Sorcery fans out there.
Artist Information