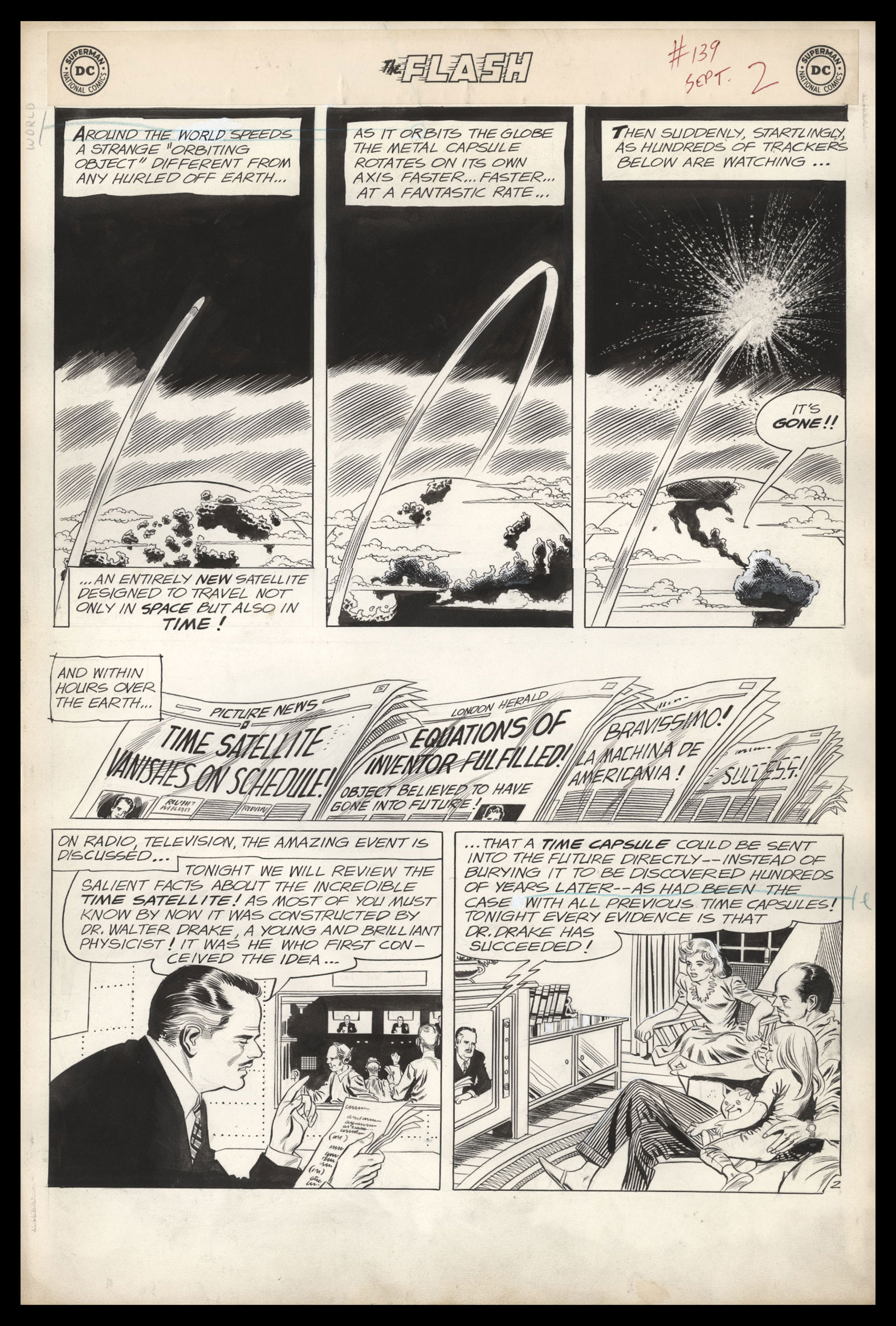 $600
Sold For
18
Bids
This auction has ended.
PUBLISHER: DC
COMMENTS: Pg. 2; Carmine Infantino pencils, and Joe Giella inks; image size 13"x18"
From the story, Menace of the Reverse-Flash, in his first comic appearance
Read Description ▼
Sell One Of These Inquire About This

Watch
Pg. 2; Carmine Infantino pencils, and Joe Giella inks; image size 13"x18"
From the story, Menace of the Reverse-Flash, in his first comic appearancePage two from Flash #139 presents a snapshot of the Cold War epoch when families across the globe waited with bated breath to witness astonishing new developments in the space race with the USSR. This page offers not only a window into the perspective of a historic era, but is also a crucial part of the introduction of a now-iconic villain of the DC universe, Professor Zoom aka Reverse Flash. The futuristic ne'er-do-well retrieves Barry Allen's costume from the time capsule featured on this page and recreates the Flash's powers to become a 25th-century supervillain. The Crimson Comet travels into the year 2463 to thwart his evil twin, and lo, a classic nemesis is born!

This page is an absolute treasure for Flash fans as Infantino's penchant for capturing motion is on full display, and weaving a historical theme into these panels helps the artist inject a sense of grandeur into this wonderful and important piece.
Artists Information