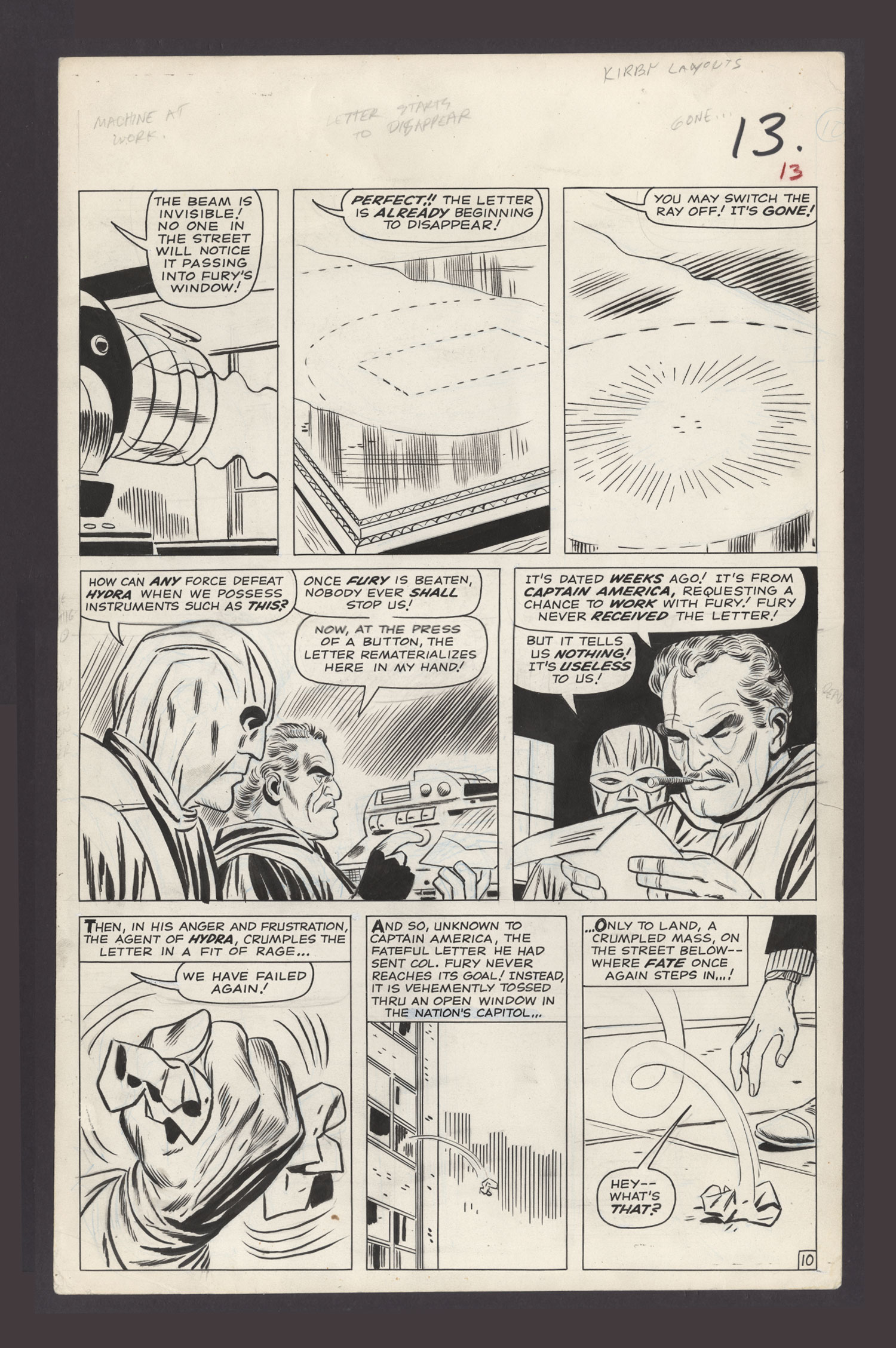 $725
Sold For
19
Bids
This auction has ended.
PUBLISHER: Marvel
COMMENTS: Pg. 10; Don Heck pencils, Dick Ayers inks; 12.5" x 20.5"
From the story, The Coming of...the Swordsman
Read Description ▼
Sell One Of These Inquire About This

Watch
Pg. 10; Don Heck pencils, Dick Ayers inks; 12.5" x 20.5"
From the story, The Coming of...the SwordsmanHydra's Displacer Ray snatches a seemingly innocuous document from Captain America, relaying nothing more than Cap's interest in working with Sgt. Fury. While of no value to the disgruntled Hydra henchman, below, a passerby will find this discarded memo and attempt to sell the tidbit of information to the Swordsman, who has placed a handsome bounty on anything leading to the capture of one of the Avengers. This attractively illustrated page hails from a classic story that features the first appearance of the Swordsman. Each panel blends into the next creating a seamless flow to the scene. It takes great skill to illustrate a scenario with more imagery than words, Heck and Ayers masterfully accomplish this with great aplomb.
Artists Information