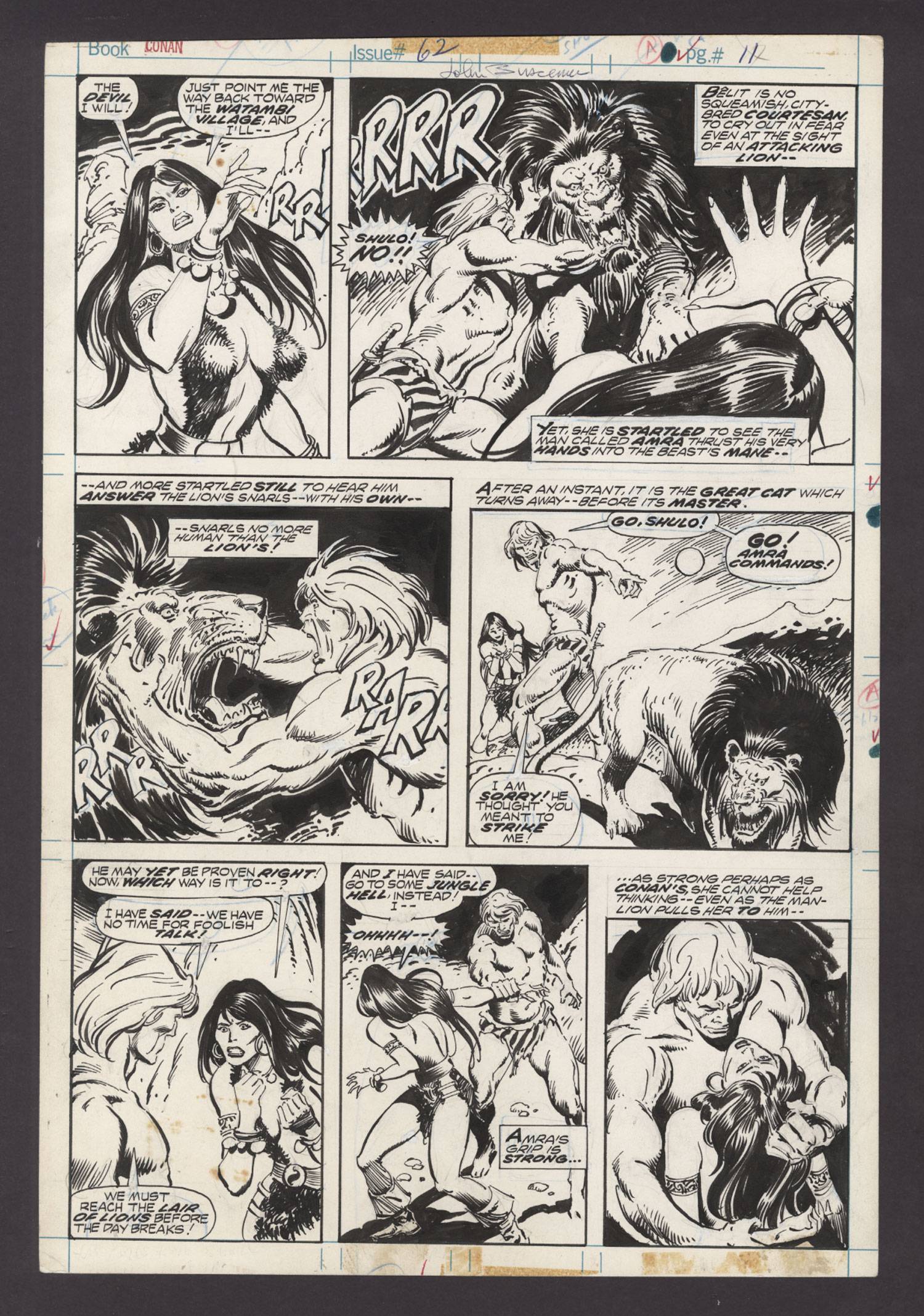 $1,500
Sold For
14
Bids
This auction has ended.
PUBLISHER: Marvel
COMMENTS: Pg. 11; John Buscema pencils, Steve Gan inks, signed by Buscema ; 10" x 15"
From the story, Lord of the Lions
Read Description ▼
Sell One Of These Inquire About This

Watch
Pg. 11; John Buscema pencils, Steve Gan inks, signed by Buscema ; 10" x 15"
From the story, Lord of the LionsAmra is a name fans of Conan the Barbarian know quite well, once the owner of the name is defeated, his opponent assumes the mantle and carries on the tradition of being Amra, the Lion. It stands to reason that the blonde macho man that is courting Belit on this page is just one in a line of Amras, who will eventually relinquish his title to another (hint: Conan), but Crom help the next guy who wants to take the name after that. Illustrated by the instantly recognizable hand of John Buscema this piece practically oozes testosterone, and some estrogen to boot, as the loinskin clad Amra wrestles with his pet Shulo, the equally minimally clothed and buxom Belit seems a bit confused about whether or not she really wants to escape the clutches of her captor. There is some steamy savage sensuality at play here to be sure.
Artist Information