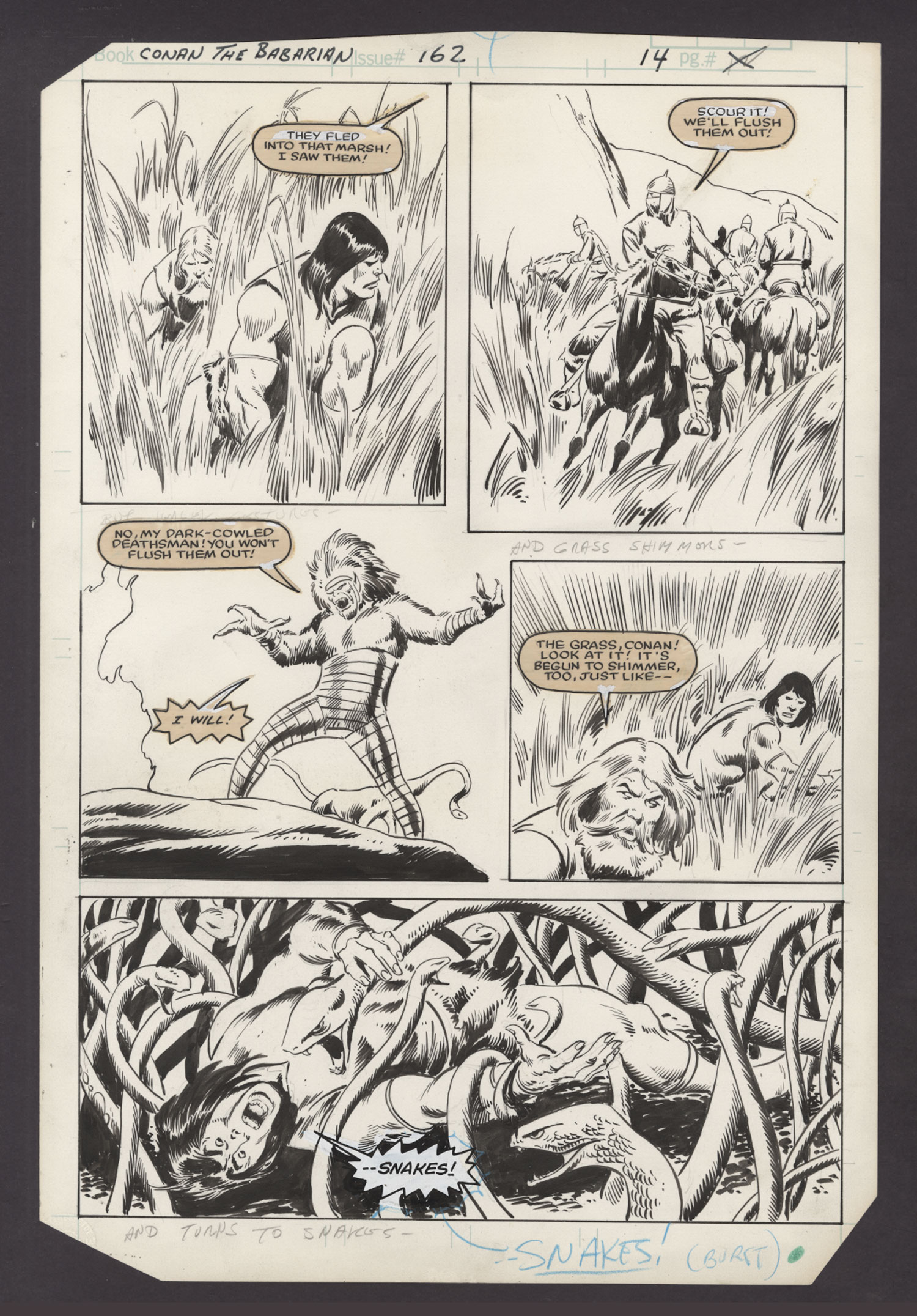 $385
Sold For
19
Bids
This auction has ended.
PUBLISHER: Marvel
COMMENTS: Pg. 14; John Buscema pencils and inks; 10" x 15"
from the story, Destroyer in the Flame
Read Description ▼
Sell One Of These Inquire About This

Watch
Pg. 14; John Buscema pencils and inks; 10" x 15"
from the story, Destroyer in the FlameFeast your eyes upon some classic barbarian action as John Buscema illustrates and inks this fantastic page featuring the ghoulish Jergl Zadh and the dreaded Brotherhood of the Falcon pitted against Conan and Fafnir. As the two adventurers hide in the tall grass from their pursuers, they run afoul of a pit of angry snakes which quickly engulf everyone's favorite Cimmerian. Rendered with stark simplicity that highlights the muscular characters, this page showcases Buscema's ease and familiarity with his subject matter, as the renowned artist had been creating Conan tales for literally hundreds and hundreds of pages up to this point. Fans of Conan can never get enough his exploits, and we here at ComicConnect are pleased to be able to offer three different pages featuring Sword and Sorcery action in this auction.
Artist Information