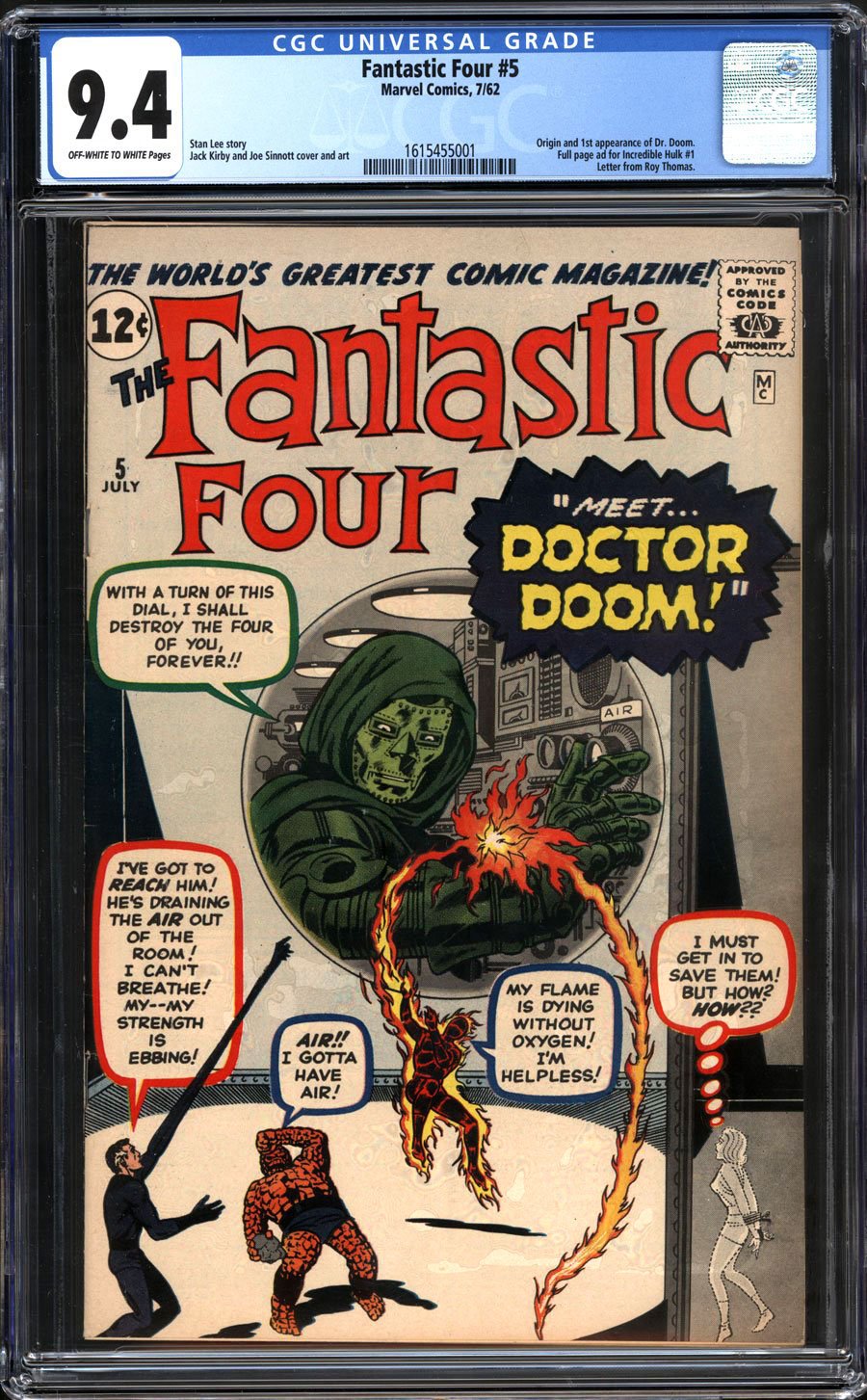 Watch
ow/white pgs
Jack Kirby cvr/art; origin & 1st app. of Dr. Doom, bondage cover, Dr. Doom Movie Rumors!Dr. Doom, according to Jack Kirby, was modeled after the Middle Age concept of Death, hence the skull-like mask and hood. Kirby claimed that Doom, a genius inventor, sorcerer, and leader of Latveria, is inherently evil, and as a result of his facial disfigurement and hatred for Reed Richards, he lashes out against the world in perpetual vengeance. He is one of comics' greatest and most complex villains ever created and he makes his debut here in Fantastic Four #5. Created by the team of Kirby and Stan Lee, this character has been copied and imitated many times over the last fifty years, most notably as one of Lucasfilm's inspirations in creating Darth Vader. This era of Kirby covers defined the industry aesthetic of the period and the dynamic composition informs the reader of what they can expect inside the book's hallowed pages.

With only three copies ranking higher on the census this immaculate Fantastic Four #5 is one of the finest examples known to the hobby. There are rumors swirling around about the FF and Dr. Doom’s imminent appearance in the MCU, which makes this book a potential goldmine. The much-used early Marvel Age muted background motif is on full display here, which is used to draw attention to the heroic figures in the foreground. But none loom larger than Vincent von Doom in the center, his green cowl and armor standing out in perfect detail. The solid construction of this book, down to the sharp corners and robust spine make this a certified target at auction.