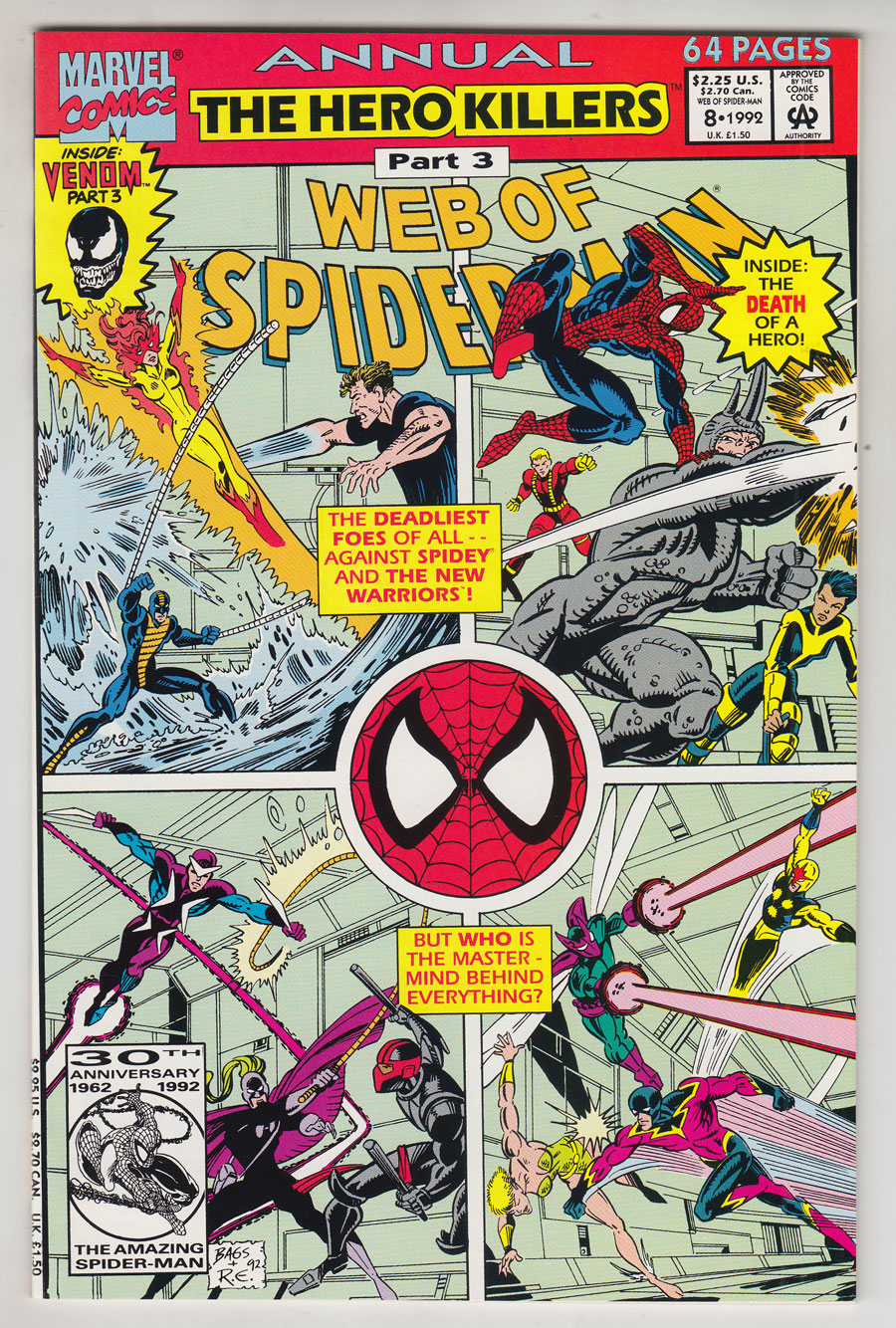 --
Accepting Offers
--
Offers
Offer Confirmation
You are about to submit an offer of . If accepted, you are legally obligated to purchase the book. Are you sure you want to continue?
Buy Confirmation
You are about to buy this item for , and will be legally obligated under the terms of our User Agreement to pay for it in a timely fashion. Continue?
PUBLISHER: Marvel
COMMENTS: white pgs
Black Cat, Venom
Read Description ▼
Sell One Of These Inquire About This

Don Hudson started working for Marvel Comics in 1983, he inked and sometimes penciled for many, many of their titles, including Captain America, Spider-Man, Daredevil, Silver Surfer, and Fantastic Four. In 1999, he created Forever Amber for Image Comics, and more recently drew a manga-style Star Trek comic.

Todd Smith is a veteran comic book artist who's mainly known for his work with DC and Marvel. Todd's most notable works include DC's Green Lantern, The Punisher and Silver Surfer.