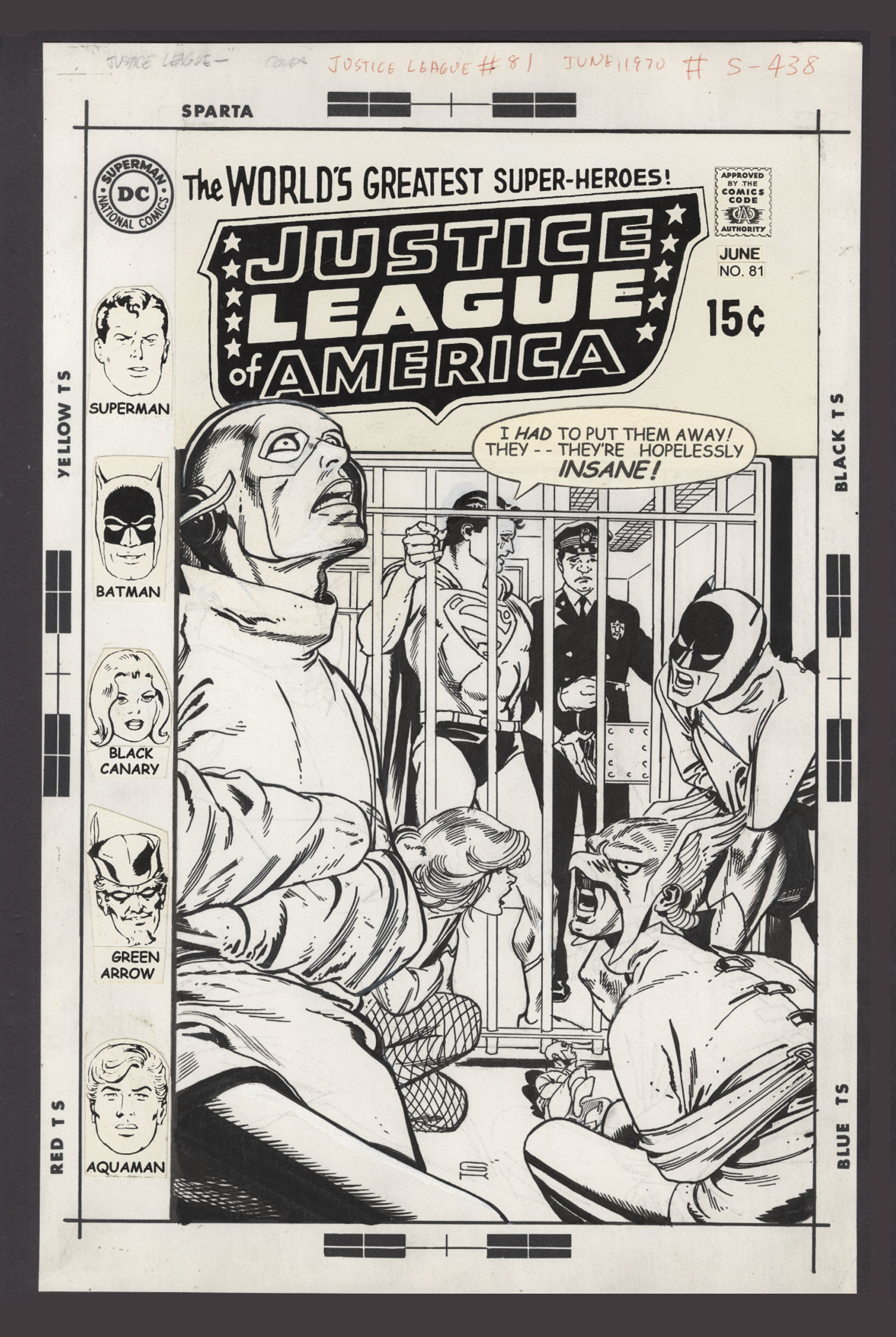 $6,850
Sold For
17
Bids
This auction has ended.
PUBLISHER: DC
COMMENTS: Unused Cvr art; Gil Kane pencils, inks and signed; 11.25" x 17"
Read Description ▼
Sell One Of These Inquire About This

Watch
Unused Cvr art; Gil Kane pencils, inks and signed; 11.25" x 17"The cover of JLA #81 presents a harrowing image of superheroes locked up, in straight-jackets, exhibiting unsettling behavior, rendered by the talented and unique hand of Gil Kane. We may never know why this cover went unused in favor of a Neal Adams piece, but the art stands alone as an inspired and powerful illustration by one of the medium's hard-working journeymen. Kane was the man behind the Silver Age versions of the Green Lantern and Atom, as well as co-creator of Iron Fist for Marvel, and his work here is simply splendid. The disturbing look on the Flash's face is worth the price of admission. You can't shake it.

The market for unpublished art continues to grow, as collectors are starting to realize the wealth of interesting treasures available, that most have never seen. This cover is a special find and is also a fascinating look behind the scenes of the comic industry.
Artist Information