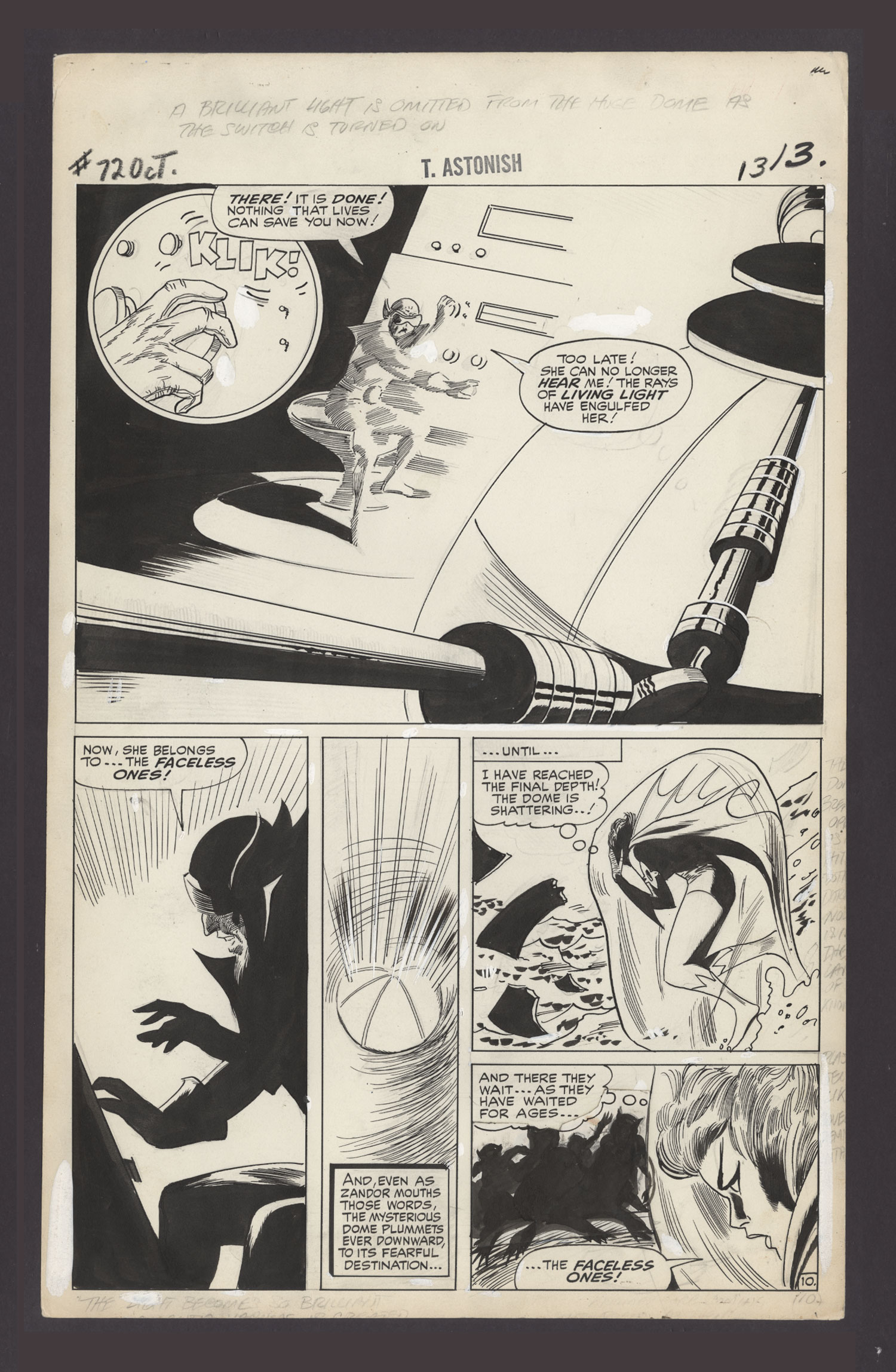 $485
Sold For
19
Bids
This auction has ended.
PUBLISHER: Marvel
COMMENTS: Pg. 13; Gene Colan as Adam Austin pencils, Vince Colletta inks; 13.5" x 22"
Read Description ▼
Sell One Of These Inquire About This