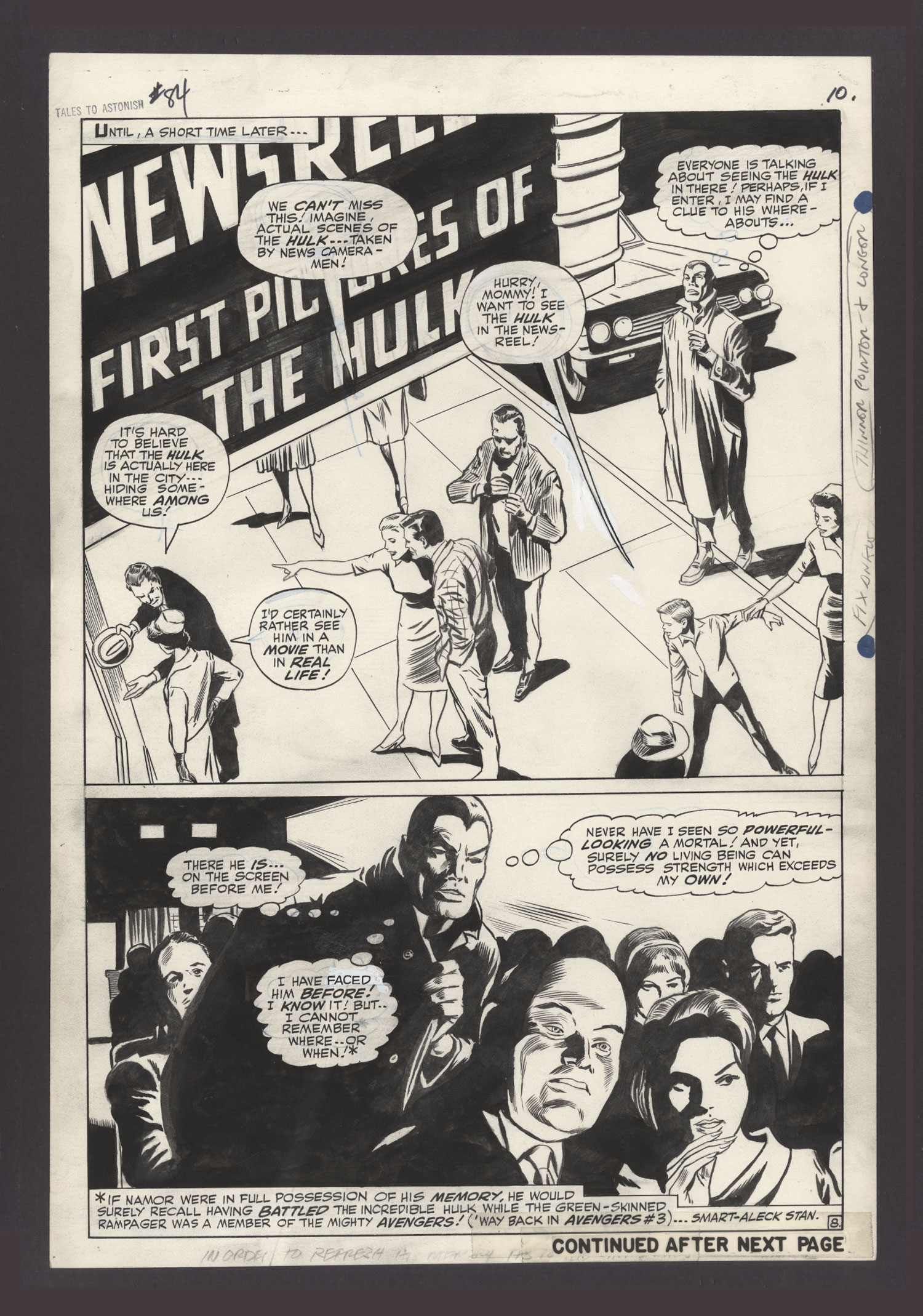 DESCRIPTION
Share This:
Pg. 8; Gene Colan pencils, Dick Ayers inks; 13.75" x 20"
"Like a Beast at Bay!"This Gene Colan/Dick Ayers Silver Age artwork for a half-splash from Tales to Astonish #84, features Namor, aka The Sub-Mariner, in the story "Beast at Bay" from 1966. He is shown here incognito, blending in with the crowd, wearing a trench coat and shoes he stole from a clothing store. Before he lost his memory to simple-onset post-explosion amnesia, Number One of the Secret Empire persuaded him to join forces in pursuit of the Incredible Hulk, said to be at large in New York City. In the upper panel, Namor notices a movie theater has the words "The Hulk" up on the marquee and is screening newsreel footage of the same green monster he is hunting. In the lower panel, he is shown taking a seat in the theater, another strange face in the crowd, as he broods about his lost memory and a possible confrontation with a mighty opponent.