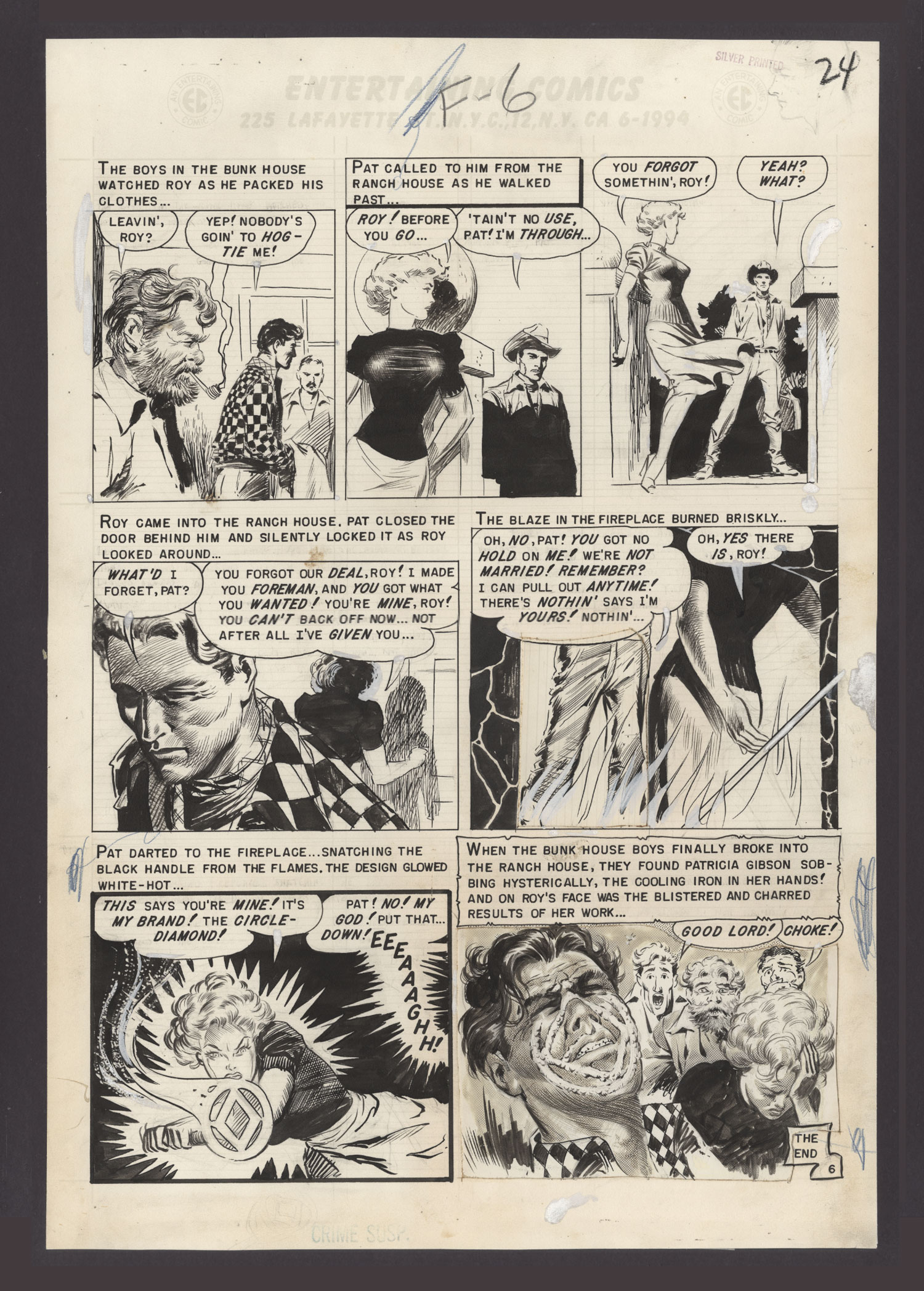 Watch
Pg. 24; Al Williamson pencils and inks, Frank Frazetta as Fritz inks; 14.5" x 21.5"
"Fired!"This is the original Al Williamson art for seven juicy panels from the Golden Age EC comic, Crime SuspenStories #17, featuring a searing pulp-fiction treatment of the "battle of the sexes." Enjoy the conclusion to the ironically titled "Fired," a story about an itinerant ranch foreman, Roy, who feels like moving on, and his female boss, Pat, who refuses to let him go. The tale supplies a graphically symbolic take on the theme of the possessive woman and the footloose man, with Pat claiming her right of ownership with the help of a hot branding iron. Could the "Circle-Diamond" brand be a Freudian substitute for a wedding ring? She appears in the penultimate frame as a spiteful femme fatale who must have revenge on those she loves. The final panel shows Roy's branded face and Pat "sobbing hysterically" with astonished ranch hands in the background. This a choice depiction of sexual tensions in the post-war era. The added kicker here is the ink work, executed by one "Fritz" aka Frank Frazetta, a name that never fails to draw hordes of attention to any piece of art he imbued with his legendary talent.
Artists Information