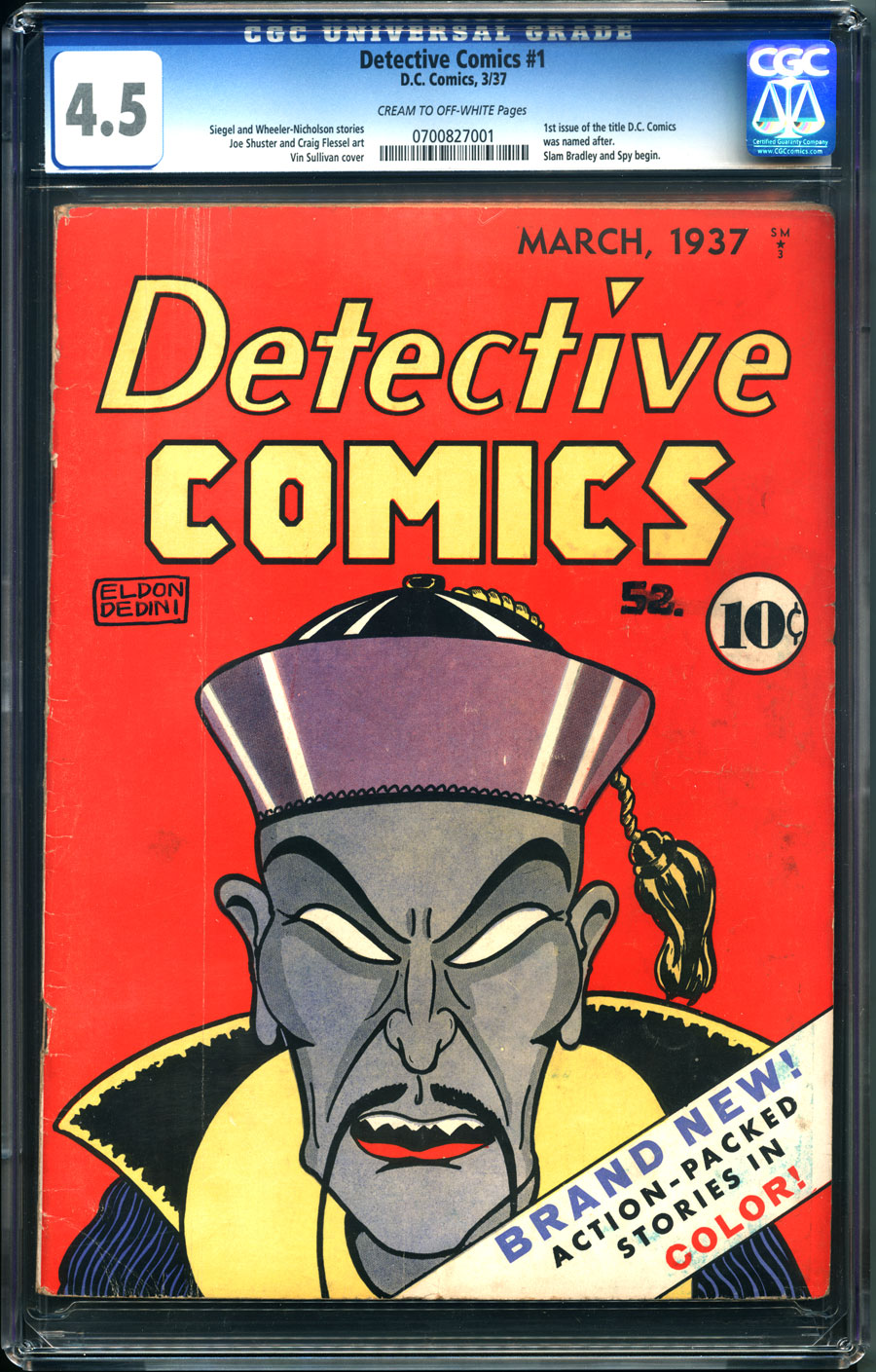 $38,500
Sold For
42
Bids
This auction has ended.
PUBLISHER: DC
COMMENTS: crm/ow pgs; Eldon Denini Copy!
1st Slam Bradley/Spy by Siegel & Shuster; SEMINAL KEY, the title that put the "D.C." in DC Comics!
Read Description ▼
Sell One Of These Inquire About This

Watch
crm/ow pgs; Eldon Denini Copy!
1st Slam Bradley/Spy by Siegel & Shuster; SEMINAL KEY, the title that put the "D.C." in DC Comics!Having practically started the comic book market singlehandedly with the historic New Fun in 1935, Major Malcolm Wheeler-Nicholson partnered with Harry Donenfeld in 1937 to again make history with Detective Comics #1, which launched their new publishing venture as well as kick-started the careers of Superman creators, Siegel and Shuster. The crude Yellow Peril cover helped sell the book to the vital pulp market and hinted at the mysterious yarns spun within. Detective Comics #1 was the beginning of a new beast in print media. Printed more than a year before Action Comics #1, and two ahead of Detective #27, this comic set the stage for a new cast of heroes poised to literarily take on the growing threat of Nazism.This comic is originally from the collection of Eldon Dedini, prolific New Yorker and Playboy illustrator and cartoonist. It was bought off the newsstand by Dedini, who created his own stenciled numbering system to catalog his collection. While the cover exhibits minor wear, there are only six copies graded higher so it's tough to find the comic in any condition. The gravitas of this book weighs heavily as this is the starting place of great things to come, and should be the target of anyone who considers themselves a serious collector.