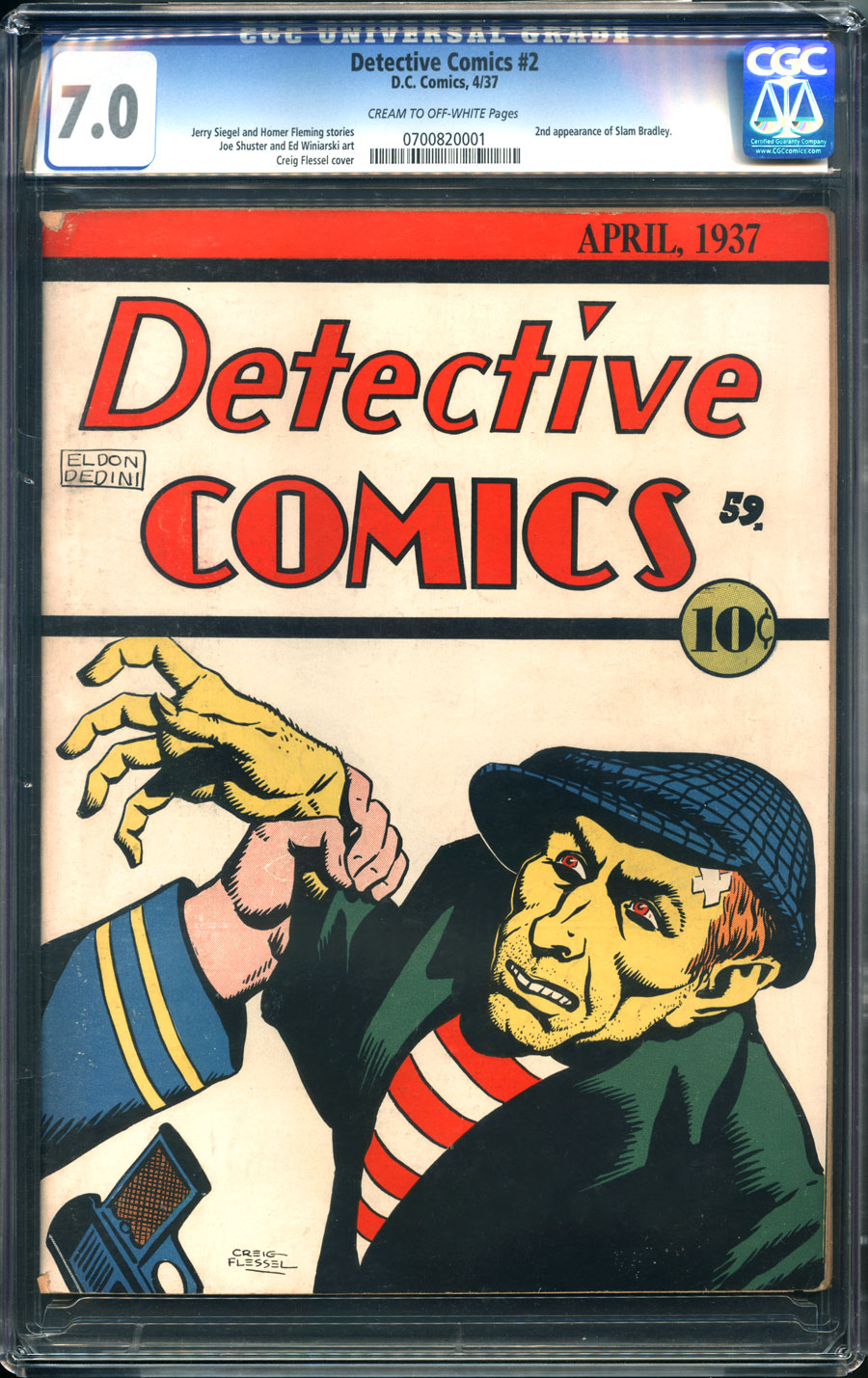 $22,611
Sold For
35
Bids
This auction has ended.
PUBLISHER: DC
COMMENTS: crm/ow pgs; Eldon Denini Copy!
rare in any grade; Shuster art (3/37)
Read Description ▼
Sell One Of These Inquire About This

Watch
crm/ow pgs; Eldon Denini Copy!
rare in any grade; Shuster art (3/37)The misty, night-shrouded streets barely contain the gloss of the rain-slicked pavement. The soft hiss of car tires conjoin with the faint, sharp sounds of a struggle in the dark alleys of the city. These are the moods and milieu of the early run of Detective Comics, the darkest and certainly most atmospheric of all Golden Age DC titles and one which excited readers even before the appearance of a certain Dark Knight. The first several years of this compelling comic, starring Bob Kane and Bill Finger's immortal creation, are among the most revered and collectible of all Golden Age comics. The finely-wrought covers by pulp maestros Craig Flessel and Fred Guardineer, along with the dynamic interior art by Joe Shuster and a host of others, mixed well with the riveting stories by dependable yarn-spinners Jerry Siegel and Gardner Fox, to make this title ground zero for the emerging comic medium.This comic is originally from the collection of Eldon Dedini, prolific New Yorker and Playboy illustrator and cartoonist. It was bought off the newsstand by Dedini, who created his own stenciled numbering system to catalog his collection.