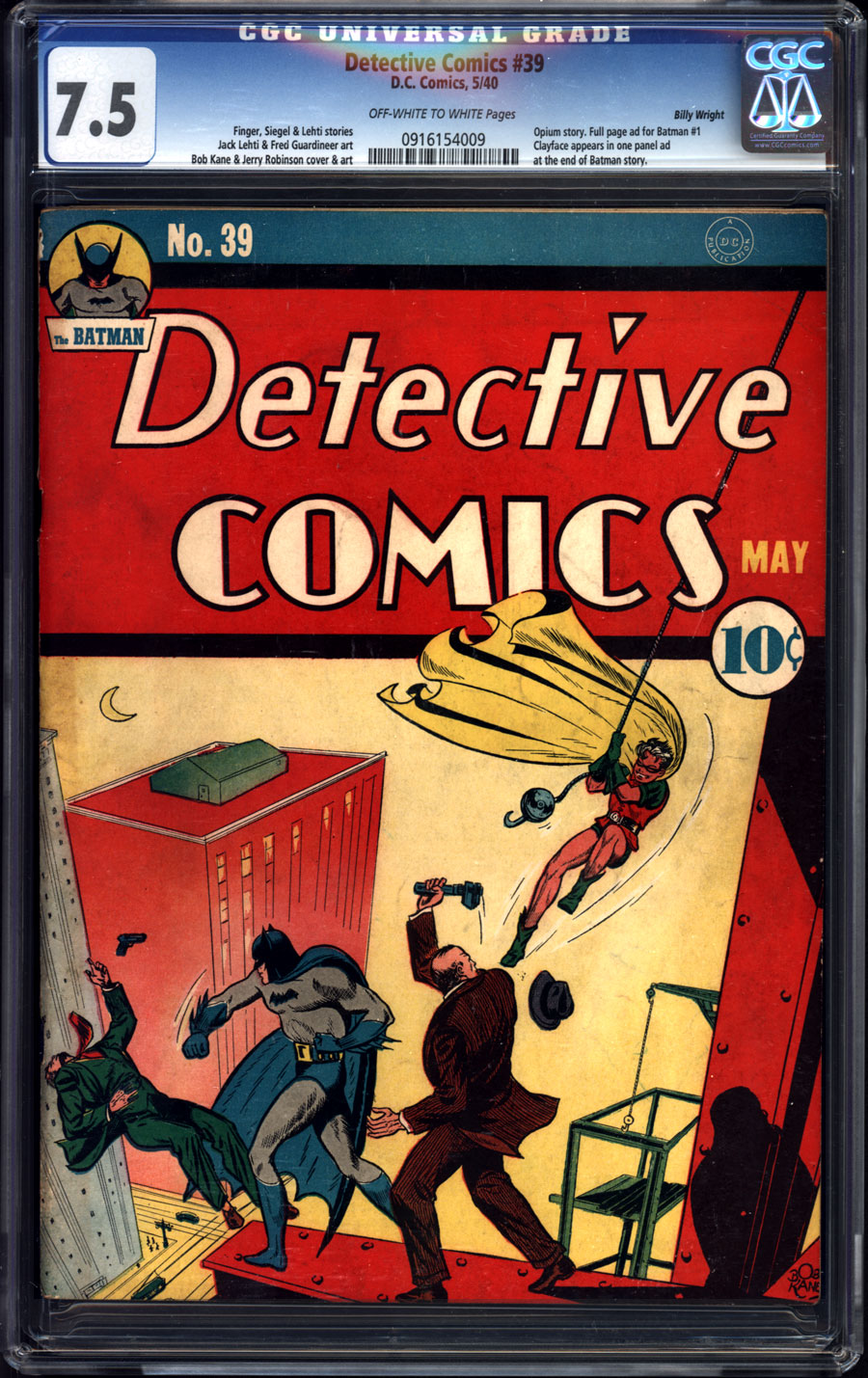 $13,311
Sold For
40
Bids
This auction has ended.
PUBLISHER: DC
COMMENTS: ow/white pgs
Clayface app. in one panel; 2nd app. of Robin; drug story
Billy Wright copy
Read Description ▼
Sell One Of These Inquire About This