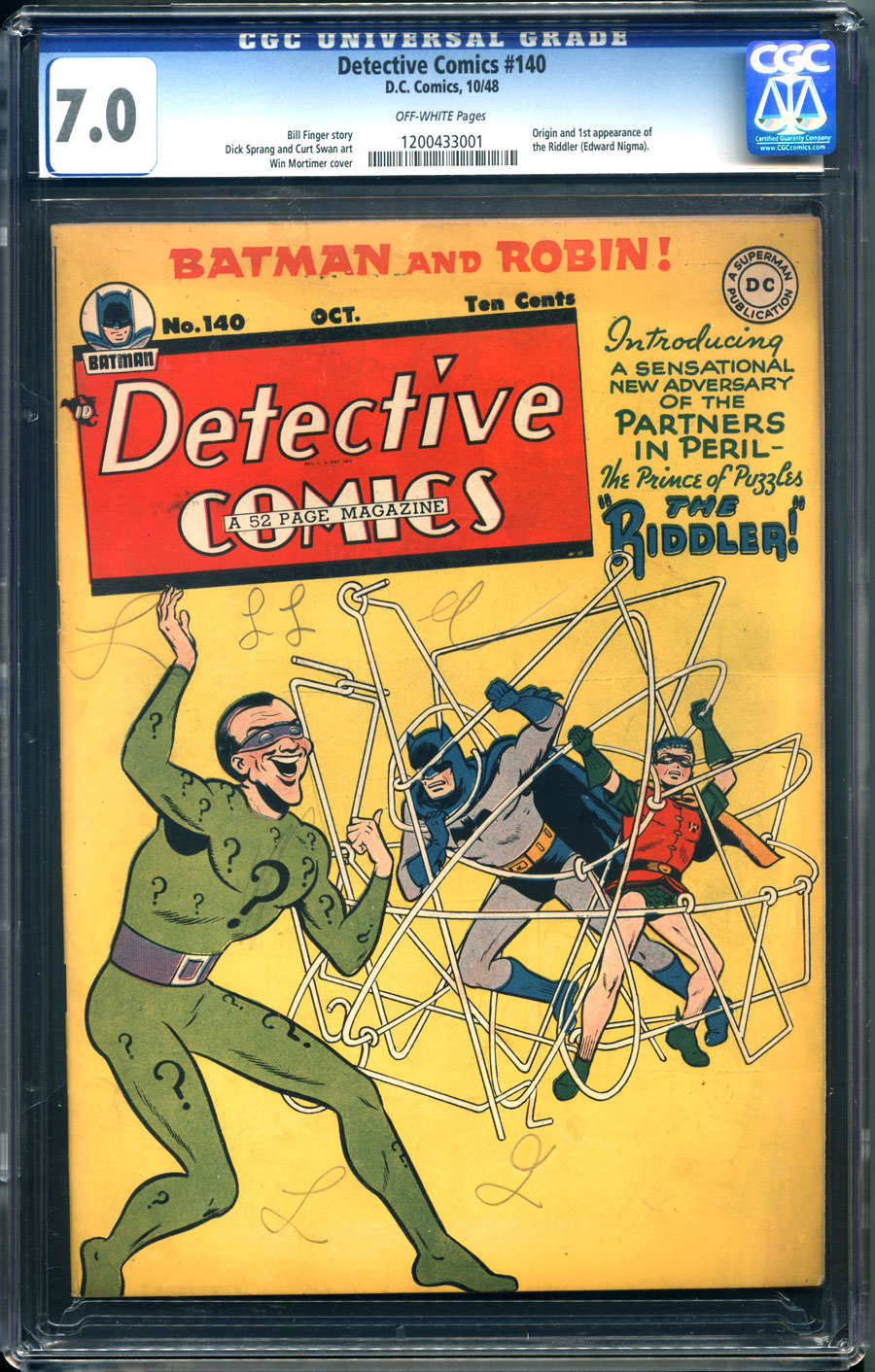 $16,311
Sold For
23
Bids
This auction has ended.
PUBLISHER: DC
COMMENTS: off white pgs
origin & 1st app. the Riddler (10/48)
Read Description ▼
Sell One Of These Inquire About This

Watch
off white pgs
origin & 1st app. the Riddler (10/48)You shouldn't be surprised to see the Joker, Catwoman, and Hugo Strange popping up in the first year of the Caped Crusader's exploits -- they seem to have always been there, part of the furniture, a vital component of the Batman mythology. When moving on in the character's history, however, it's surprising to note how many iconic bat-villains and motifs came along much later in the series' devlopment. Point out, for example, that the first appearance of the Riddler comes over 100 issues after the Dark Knight's debut, and the average fan will react with amazement and bewilderment. Wasn't he there from the beginning? Isn't he among the first bat-baddies that Batman encountered?


It's a testament to how well Bill Finger crafted this origin story and new baddie that Edward Nigma, aka the Riddler, seems to have been there all along, his M.O. and style slotting immaculately into the existing Bat-mythos. A perfect foil for a character known for his exacting self-discipline and Sherlockian-level detective skills, the conniving, devious Prince of Puzzles (as noted on the issue's classic cover) was an instant success, and became so hugely popular for a time that he eclipsed even the evil Joker and was tapped as the first bat-villain in the smash hit 1960's TV series (a performance Frank Gorshin based largely on the dark, nasty personality on display in this debut appearance). As this issue was released when DC and other hero publishers were experiencing a post-war sales funk, print runs were lower than usual, and few copies survived, making this an unusually rare key issue for a major bat-villain.