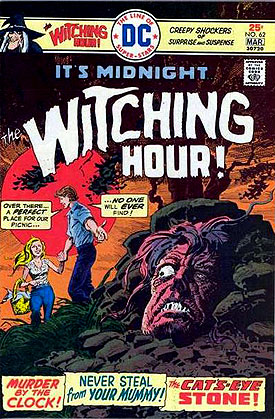 Eufronio Reyes Cruz is a Filipino comics artist best known for his work on mystery comics and war comics for DC Comics in the 1970s and 1980s.

Fred Carillo is a Filipino comic artist who worked for DC Comics in the 1970s and 1980s and drew mystery titles such as Ghosts, Phantom Stranger, Secrets of Haunted House, The Unexpected, Weird War Tales, and The Witching Hour.