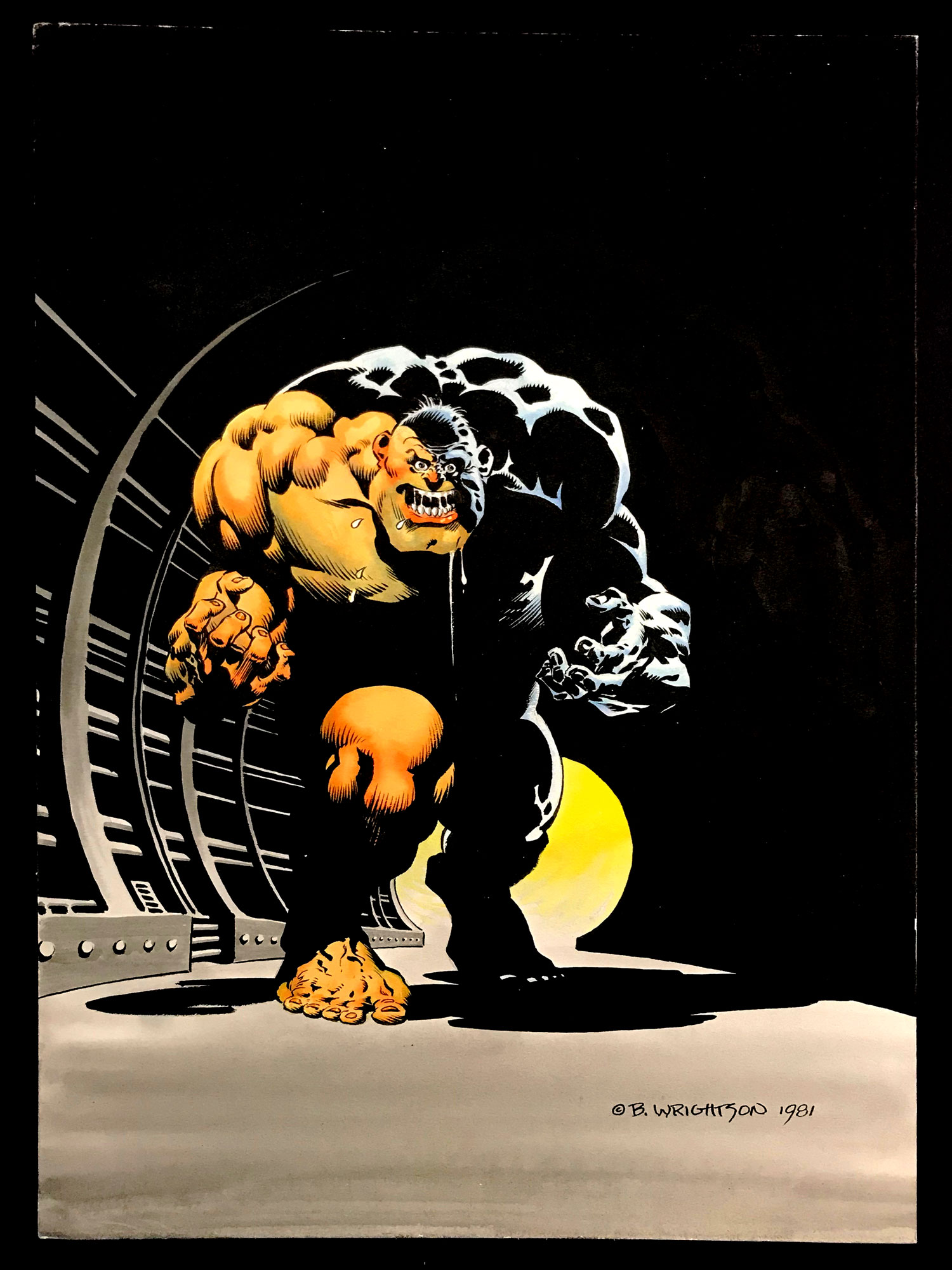 $1,150
Sold For
13
Bids
This auction has ended.
COMMENTS: Bernie Wrightson pencils, inks and watercolor; 1980; image size 10" x 15"
Read Description ▼
Sell One Of These Inquire About This

Watch
Bernie Wrightson pencils, inks and watercolor; 1980; image size 10" x 15"Bernie Wrightson's 1981 Illustration of the "hulking" character Hanover Fiste featured in the stories of Captain Sternn of the early 1980s and in the Heavy Metal feature film. Wrightson captures high contrasting lighting with expert water colors and inks. The Jekyll-&-Hyde-like figure creeps into the light aboard some distant, perverted spaceship as one would find in the pages of Heavy Metal Magazine. The perfect wall piece for fans of the counter culture zine or the artist himself. Pen and ink w/watercolor on illustration board. Art is in excellent condition. Signed and dated by Wrightson.
Artist Information