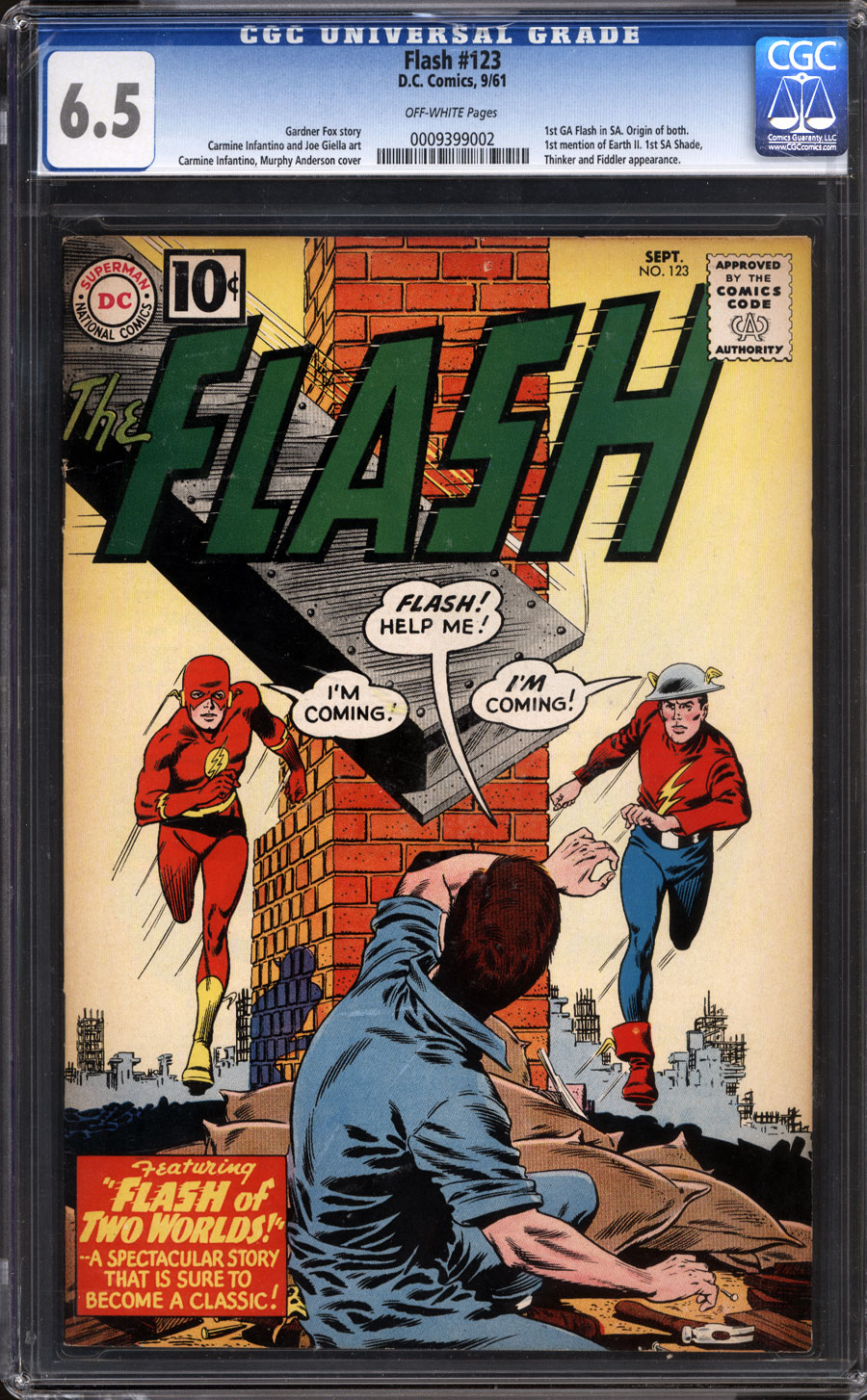 Highest Offer
2
Offers
FYI there's no need to include decimal points(.).
Offer Confirmation
You are about to submit an offer of . If accepted, you are legally obligated to purchase the book. Are you sure you want to continue?
FYI there's no need to include decimal points(.).
Buy Confirmation
You are about to buy this item for , and will be legally obligated under the terms of our User Agreement to pay for it in a timely fashion. Continue?
PUBLISHER: DC
COMMENTS: off white pgs
re-intro Golden Age Flash; classic "Flash of Two Worlds" cover; 1st Earth II
Read Description ▼
Sell One Of These Inquire About This

Watch
off white pgs
re-intro Golden Age Flash; classic "Flash of Two Worlds" cover; 1st Earth IIOne of the most important and historic comic books ever published, without which, DC's entire modern Universe may not have come into being. The success of "Flash of Two Worlds" encouraged DC to revive many of its Golden Age characters. Eventually, crossovers between the two Earths would become an annual feature in the Justice League of America comics, beginning with issue #21, "Crisis on Earth-One!" (August 1963), and culminating in the 12-issue mini-series, Crisis on Infinite Earths. The cover itself has become an iconic image, and has been referenced in the covers to Flash v.1 #147 (Sep. 1964), Dark Horse Presents #67 (November 1992), Flash v.2 #123 (Mar. 1997), and Impulse #70 (Mar. 2001), among others.