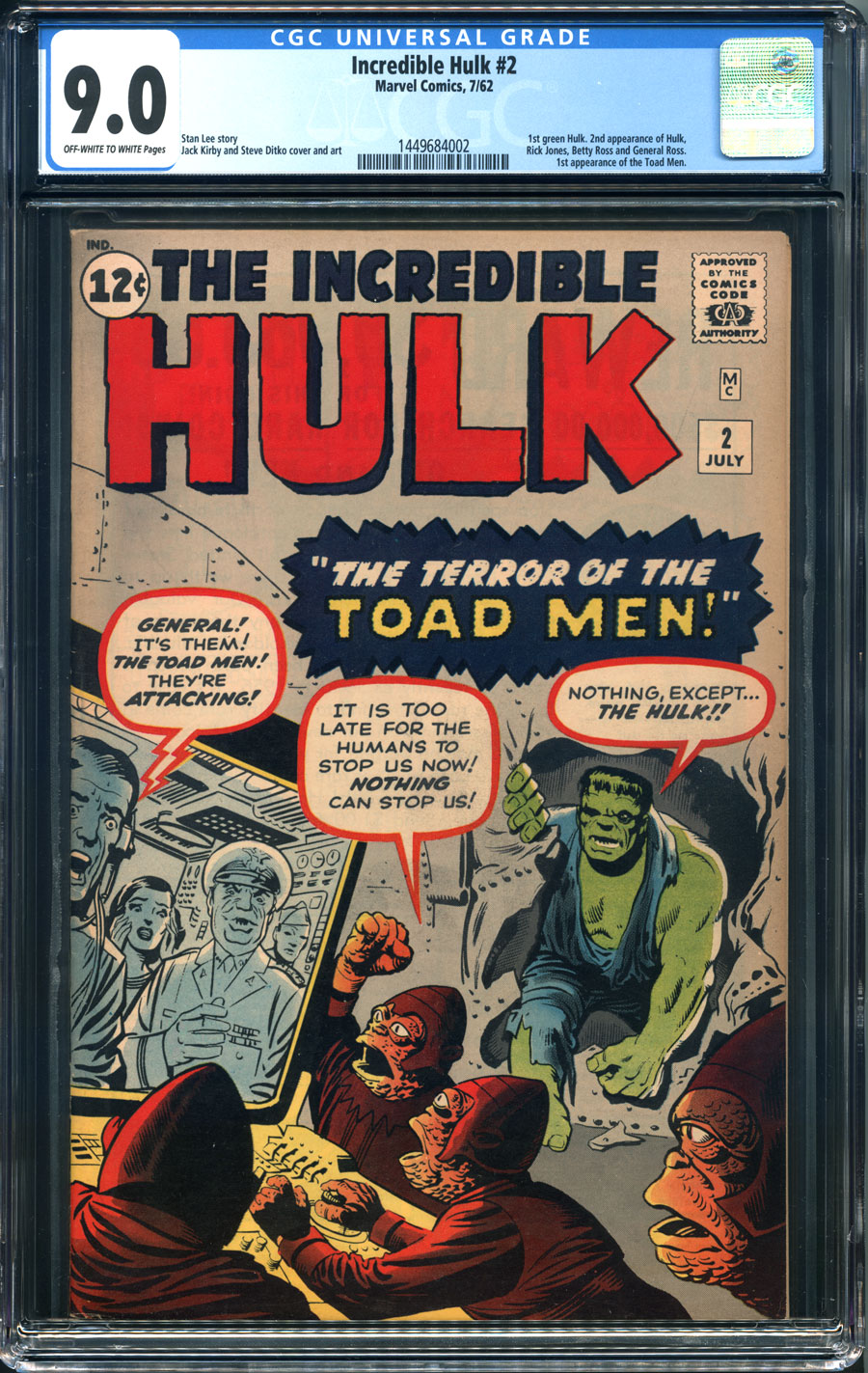 Watch
ow/white pgs
Kirby/Ditko cvr/art; 1st Green Skinned Hulk; 1st app. the Toad MenIt's amazing to think about it now, but comics were once the cheapest of the cheap. Despite the extraordinary talents and herculean efforts of the artists, colorists, and editors at the major publishers, visual quality in the comics of the Golden through Bronze Age was dicey at best, with blacks often smearing into a pulp, reducing fine linework to mush, and some colors not remaining consistent from page to page. Such was the fate that befell the mighty Hulk, whose skin tone in the first issue was deep grey, meant to evoke the black-and-white Universal horrors that inspired his menacing appearance. Deeply disappointed in the results of the first issue's cheap and unforgiving printing process, Stan Lee demanded a visual change for his brutish protagonist in his second appearance, and so the recognizable emerald giant we've come to know and love finally appeared. It's hard to say whether he would have achieved iconic status without this startling, searing skin color. Rather than the wounded, lumbering beast of issue #1, this cover boasts an instantly arresting neon monster, clobbering his way into the hearts and minds of the young boys who made up comics' main audience, and who identified strongly with his simple, violent, misunderstood thought process.