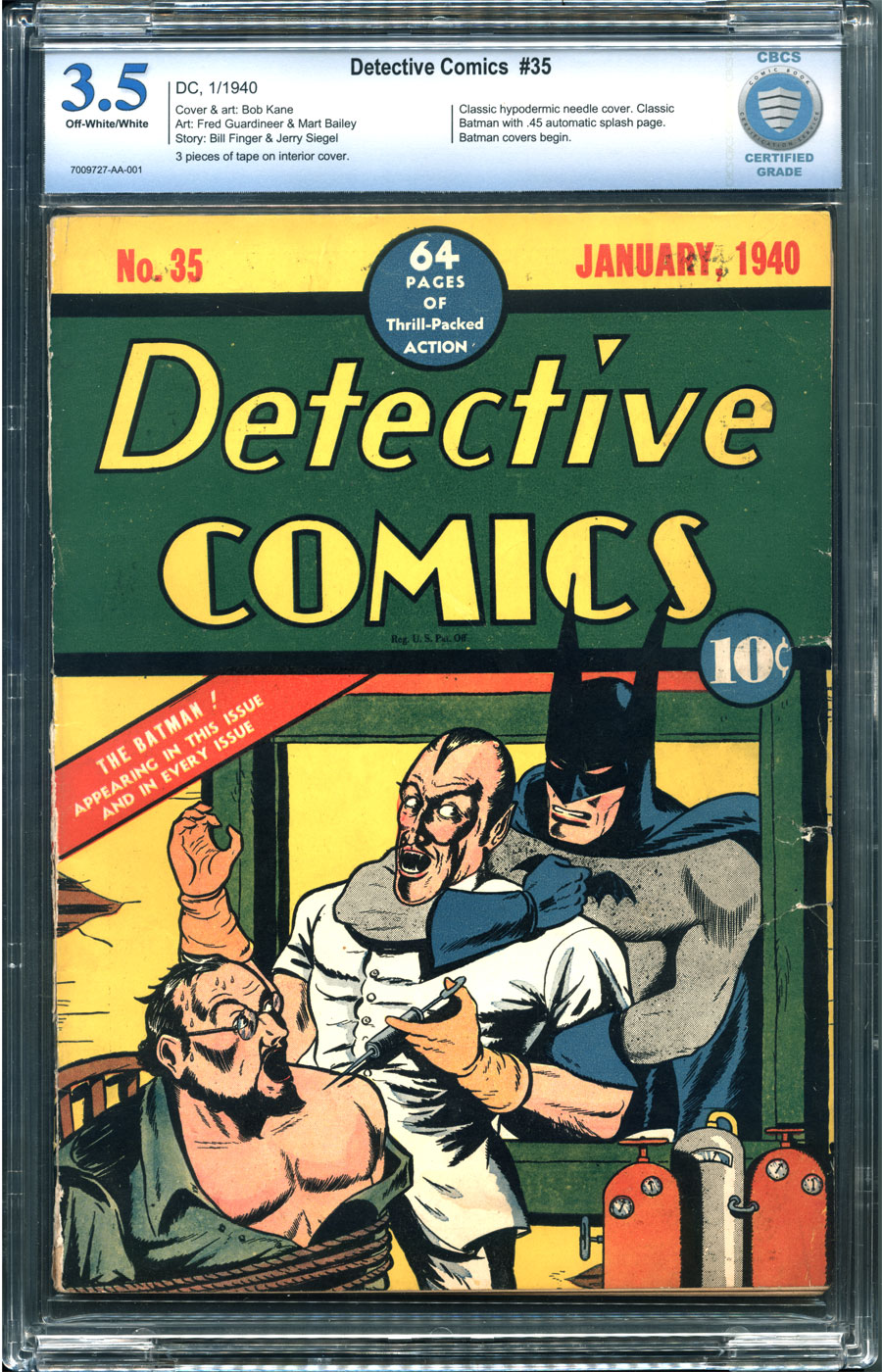 Watch
ow/white pgs, 3 pc tp int cvr
classic hypodermic needle/bondage cover (1/40)The book's jarring cover inaugurates a tradition that has remained nearly undisturbed to the modern day, with the Caped Crusader as the featured star of this venerable title. This classic image captures all the gruesome drama and atmosphere beloved of year-one Batman and shows why the character quickly vaulted to the top of the collective consciousness of Golden Age comic readers. The horrific mood and tone of the inaugural Bat-tales give them a feel unlike anything that came after, directly inspiring the early-70s Adams revamp and the look of the blockbuster 1989 movie. The hero's booming popularity is evident not only in his cover appearance but by the bright-red banner assuring readers he would appear in every issue thereafter.A surefire investment in any grade, this copy rests in the sweet spot, in decent condition, and at a price beneath high-roller levels.