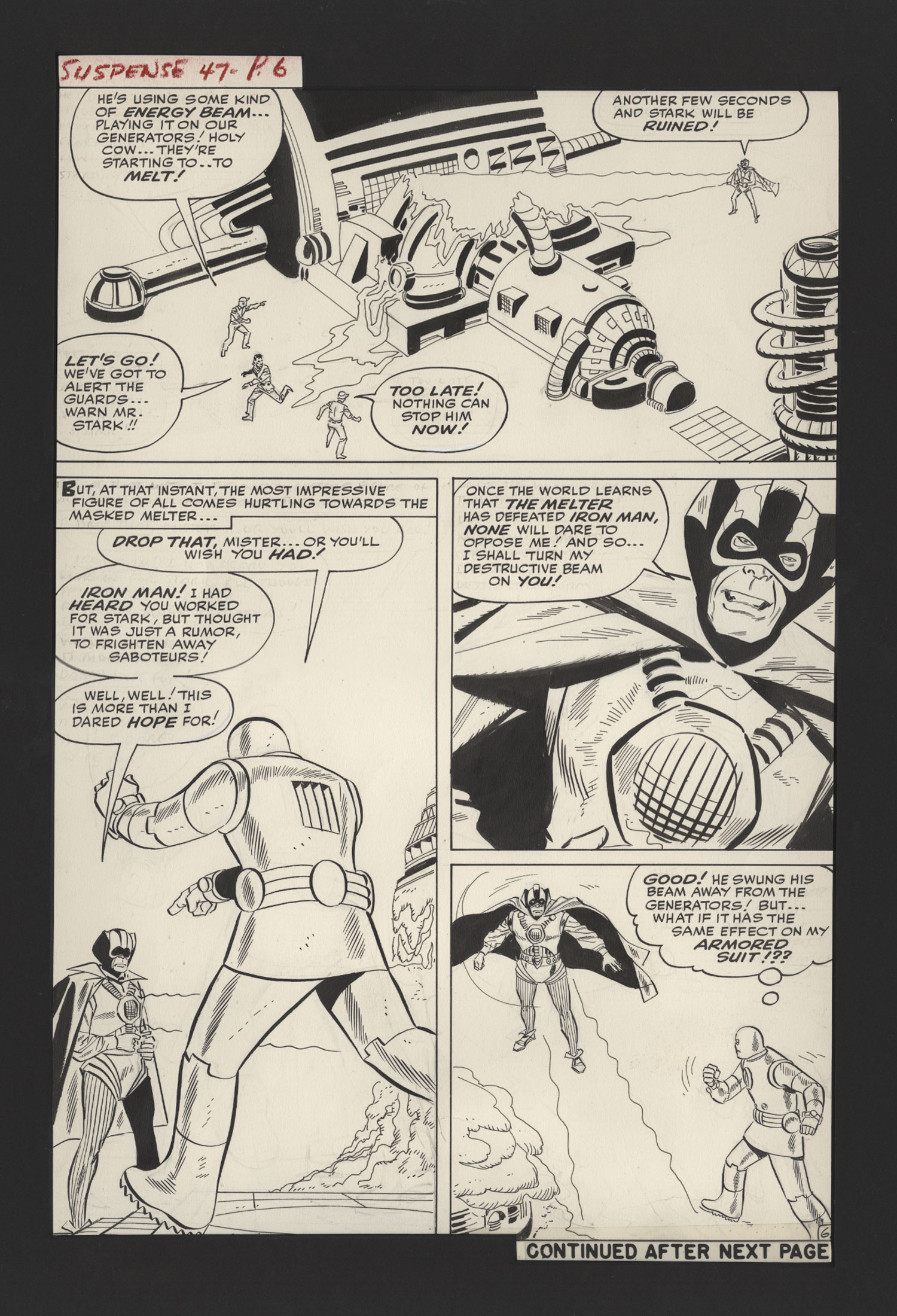 Watch
Pg. 6; Steve Ditko pencils, Don Heck inks; image size 12.25" x 18.5"; matted 16" x 22"
Iron man battles the MelterThis is the original art by Steve Ditko and Don Heck for an early Silver Age Iron Man appearance in Tales of Suspense #47. Depicting a much-less-streamlined Iron Man than we now know and love, this cool page features Tony Stark mid-battle in his first dramatic confrontation with The Melter. This issue marks the colorful villain's first appearance and origin story. Bruno Horgan, the industrialist, was one of Stark's competitors, driven out of business for selling shoddy merchandise to the Pentagon before discovering a beam of energy capable of melting iron. He is shown on this page invading Stark Industries, out for revenge, destroying power generators, and grinning fiendishly at Iron Man's arrival on the scene. Iron Man confronts his enemy only to realize he risks getting his armor melted while he's wearing it. These panels capture the first of many meetings between the two technological titans.
Artist Information