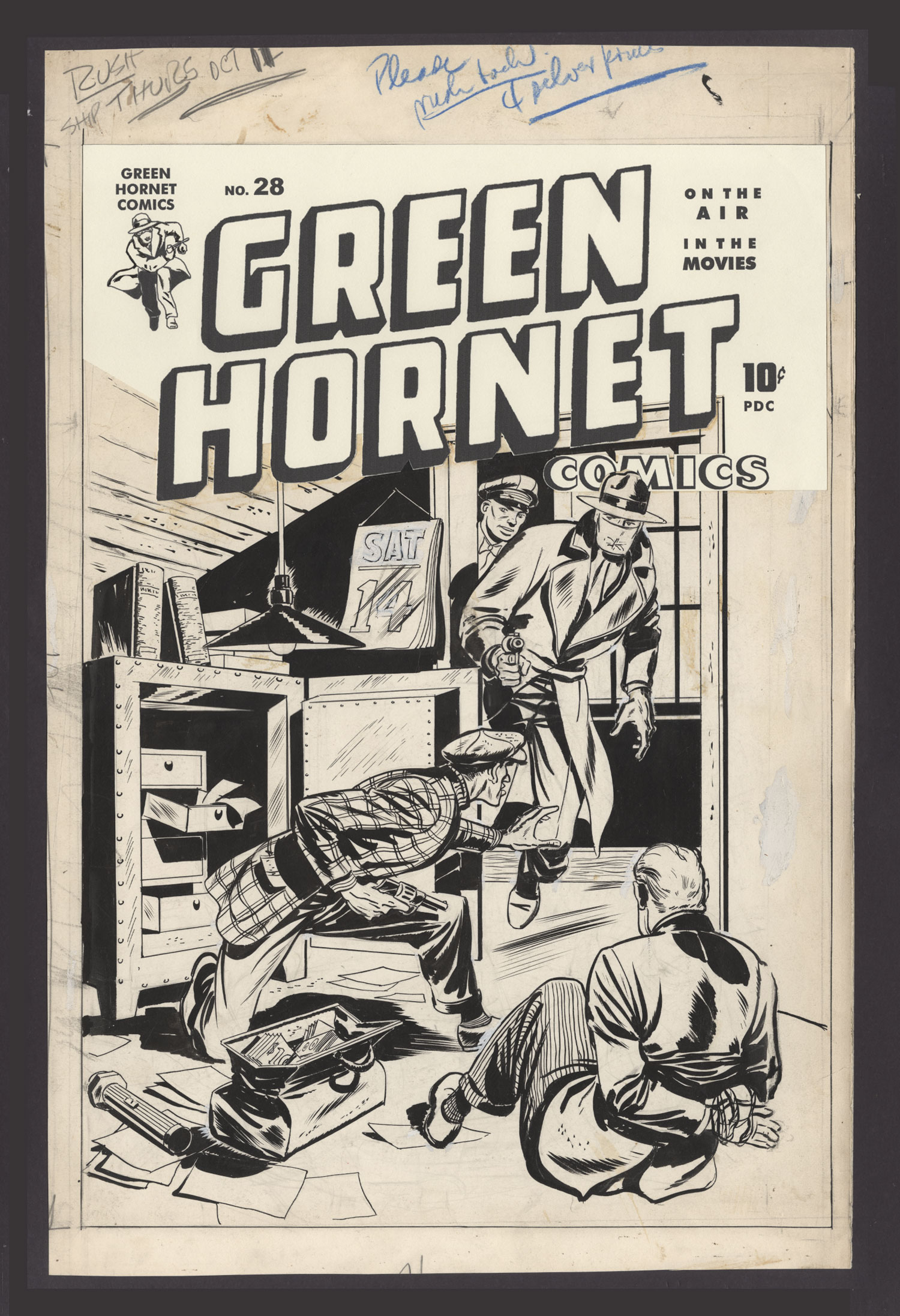 $4,655
Sold For
29
Bids
This auction has ended.
PUBLISHER: Harvey
COMMENTS: Jerry Robinson pencils and inks; image size 13" x 19"
Read Description ▼
Sell One Of These Inquire About This

Watch
Jerry Robinson pencils and inks; image size 13" x 19"Up for auction is another incredibly impressive piece, this cover is from one of the most-important comic book artists of all time Jerry Robinson! Best known for his hand in creating the Joker and for naming the world's greatest sidekick, Robin, he worked for several different publishing houses in the 1940s including Harvey, publishers of Green Hornet Comics. Covers from the 1940s are extremely rare, partially due to the low regard people once had for the comic art form. Boy have things changed since then! This lovely example features the Green Hornet and Kato interrupting an armed robbery, with a bit of bondage on the side. It's quite lovely. Jerry Robinson pieces seldom come up for sale so don't miss this opportunity.
Artist Information