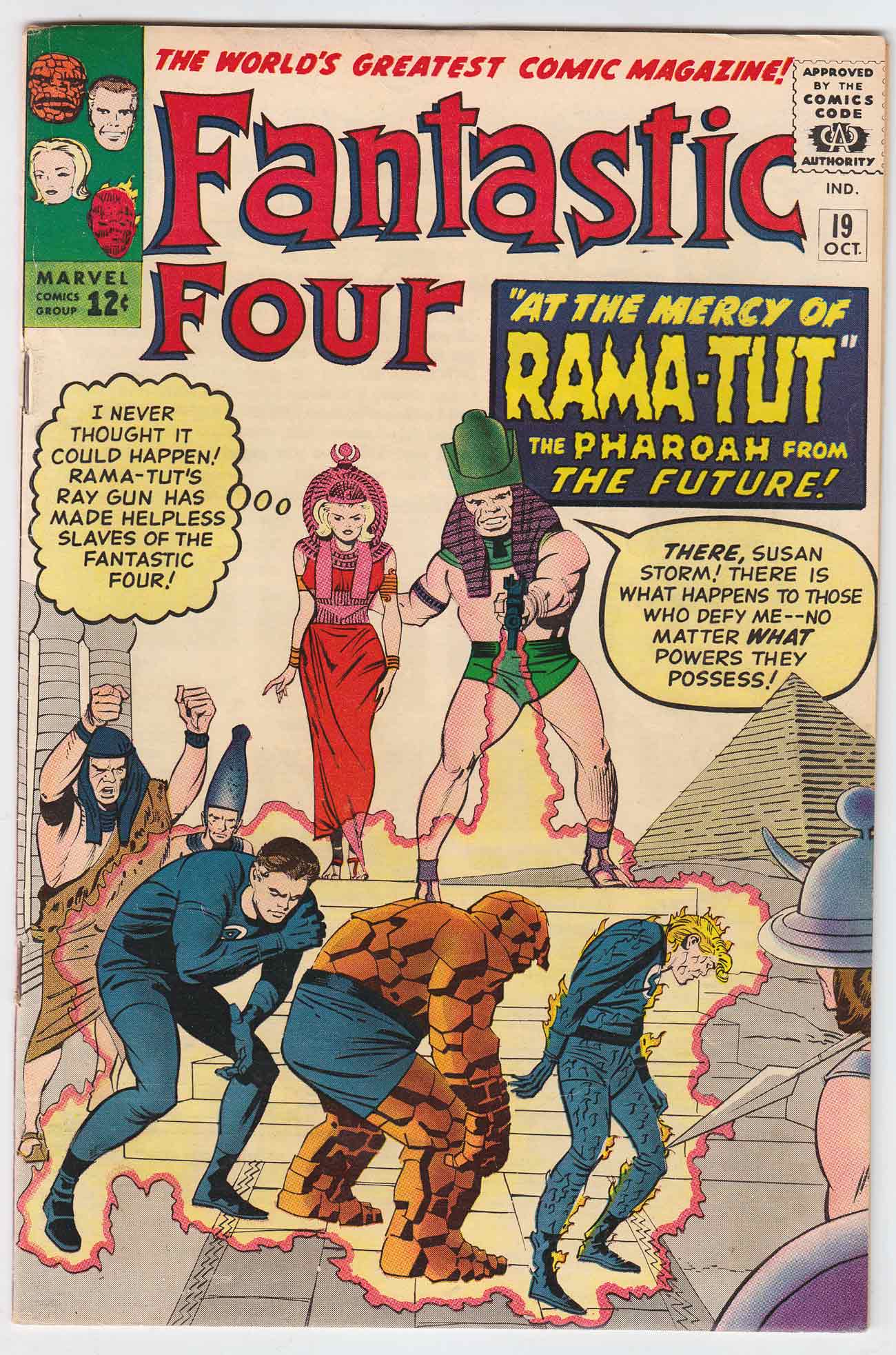 Watch
Kirby cover/art; 1st app. Rama TutFantastic Four #19 weaves a tale in which the team travels back in time in search of a cure for Alicia Masters' blindness which leads them into a showdown with the sinister Rama-Tut aka Nathaniel Richards, a time-traveling being that has taken on many guises in the Marvel Universe including Kang the Conqueror and Immortus. Featuring a classic Jack Kirby cover design, this is extremely likely to be an issue whose antangonist will be a featured villain in the MCU. Many classic Fantastic Four issues are still affordable, but that designation could change any day now.