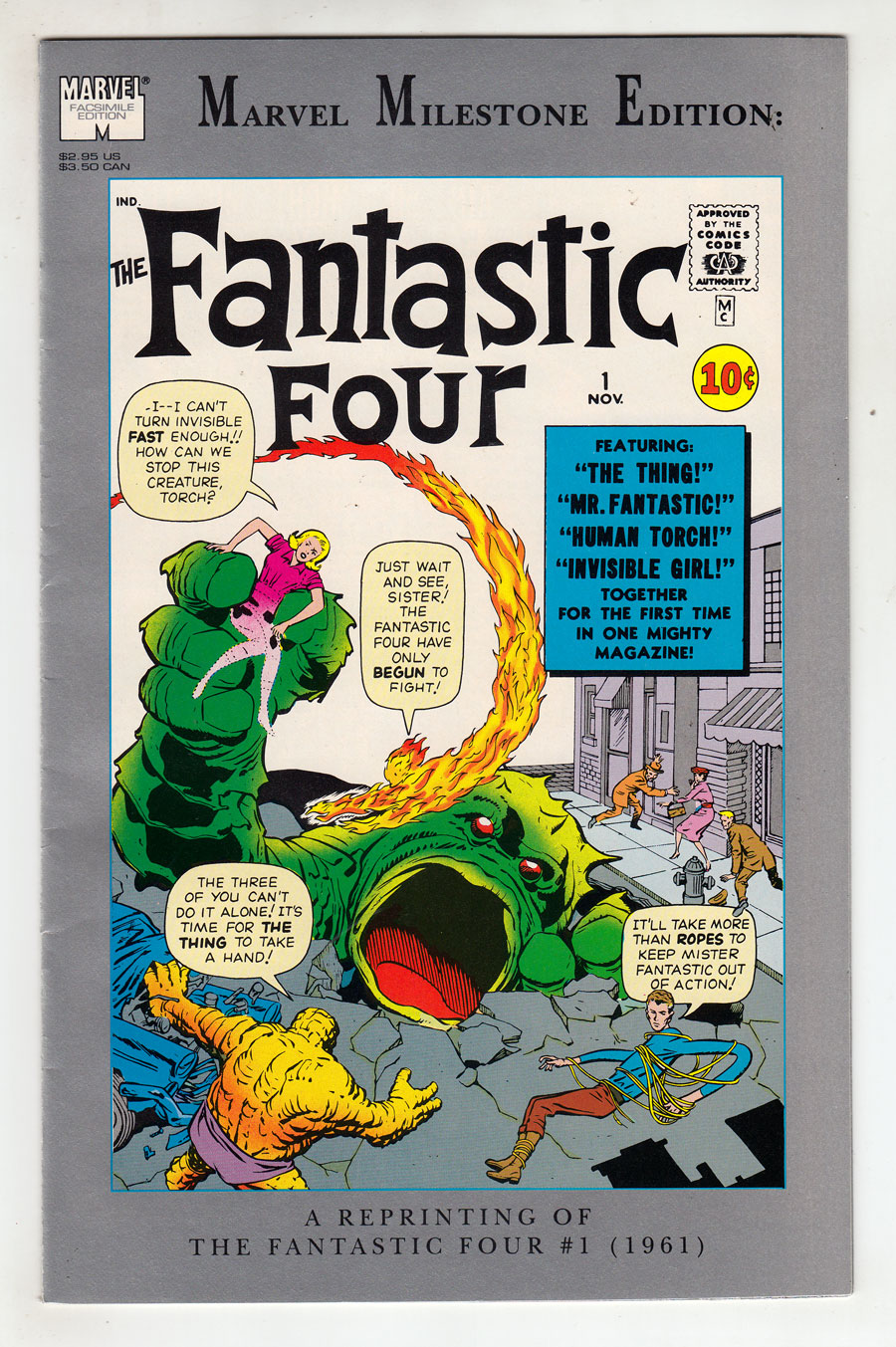 --
Accepting Offers
--
Offers
FYI there's no need to include decimal points(.).
Offer Confirmation
You are about to submit an offer of . If accepted, you are legally obligated to purchase the book. Are you sure you want to continue?
FYI there's no need to include decimal points(.).
Buy Confirmation
You are about to buy this item for , and will be legally obligated under the terms of our User Agreement to pay for it in a timely fashion. Continue?
PUBLISHER: Marvel
COMMENTS: white pgs; Marvel Milestone REPRINT
Kirby cvr/art; origin & 1st app. Fantastic Four; 1st Mole Man; the Marvel Age begins here (11/61) Comic Book Impact rating of 10 (CBI)
Read Description ▼
Sell One Of These Inquire About This

Watch
white pgs; Marvel Milestone REPRINT
Kirby cvr/art; origin & 1st app. Fantastic Four; 1st Mole Man; the Marvel Age begins here (11/61) Comic Book Impact rating of 10 (CBI)Inspired by DC's top-selling smorgasbord of heroes, the Justice League of America, Stan Lee and Jack Kirby went one better when creating a copycat title for Marvel. Instead of a mashup of existing heroes, Lee and Kirby struck upon the novel concept of creating a super-family, letting young readers instantly identify with the day-to-day squabbles and growing pains of the protagonists while still enjoying liberal doses of heroism. This dynamic and historic first issue hit the ground running with an action-packed cover and one of the most thrilling and engrossing origin stories of the era. Disney's purchase of Fox Studios has given Marvel back their rights to the Fantastic Four properties so expect another silver screen reboot in the MCU in the near future, we are certain that the third time will be a charm. Silver Age Marvel keys like this one are always in high demand and there is no sign of letting up soon.