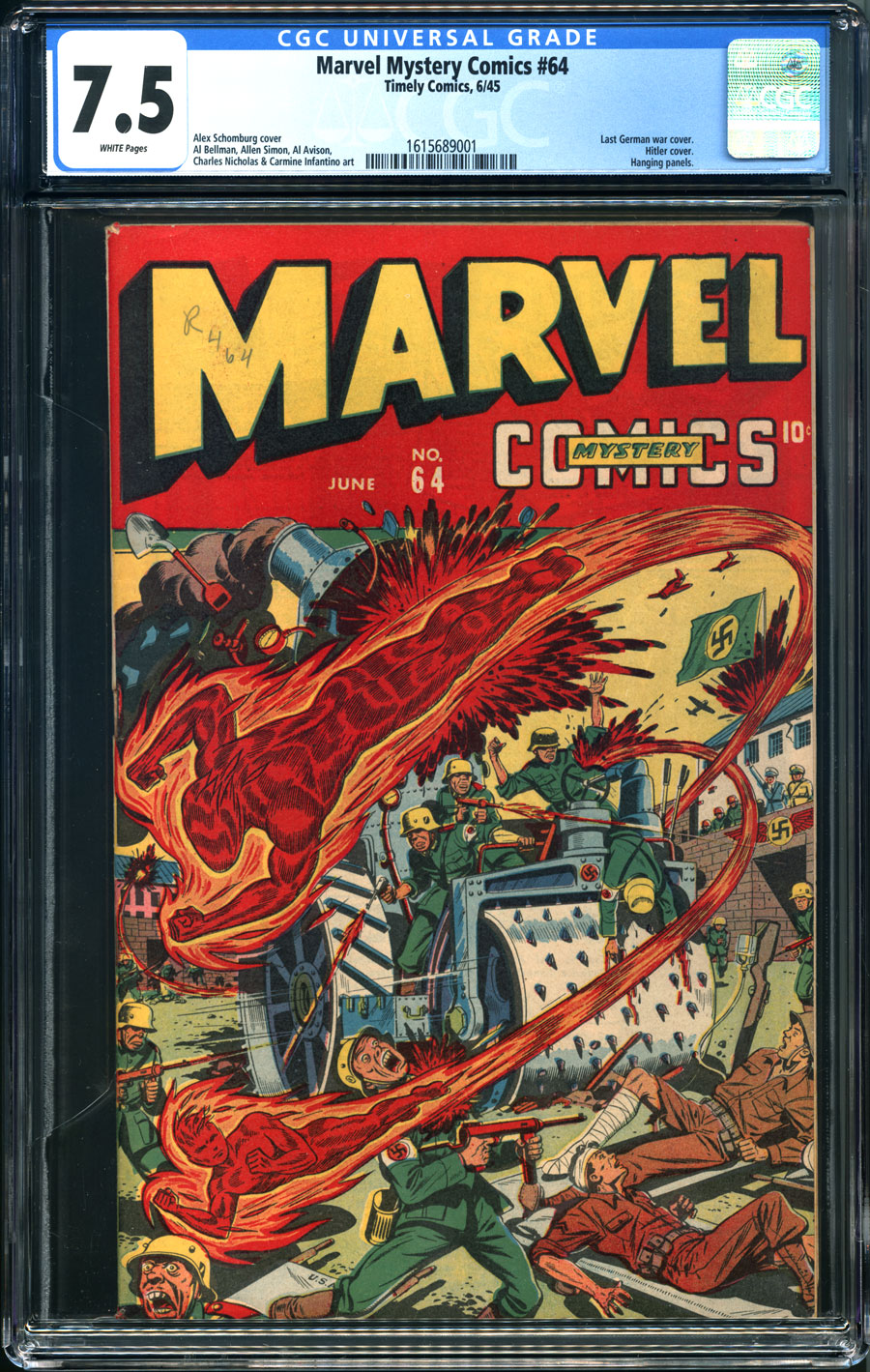 DESCRIPTION
Share This:
white pgs
Schomburg Hitler cvr (last German WWII cvr)Published just a few short weeks after VE Day, this was the last Nazi WWII battle cover created by Alex Schomburg for the series, and it's a stunner! Schomburg has refined his skills to perfection by this point, every line is solid and every idea is fleshed out in detail. Its obvious that the Allies are closing in on the walls of Berlin on this cover, as the long international nightmare is beginning to come to an end. But the Human Torch is not ready to rest on his laurels yet, he and Toro are finishing off these Nazi goons before they head over to the Pacific theater. In retrospect the ending of aggressions in Europe was a huge cause for celebration, but it also meant the end of some of the most inspired, patriotic and powerful comic covers in the history of the art form, this book represents the end of an era, and soon, the end of the first wave of superhero comics.This book is in pretty great condition considering its age, the Human Torch is particularly detailed, and his fiery red form seems to rise off of the cover in three-dimensions, while the action-packed background is clean and clear as day. This being the final German WWII cover in the series makes this comic extra-desirable, and the VF- grade puts it in the upper end of the spectrum for Golden Age wartime books, certainly this will be a favorite target for our customers at auction.