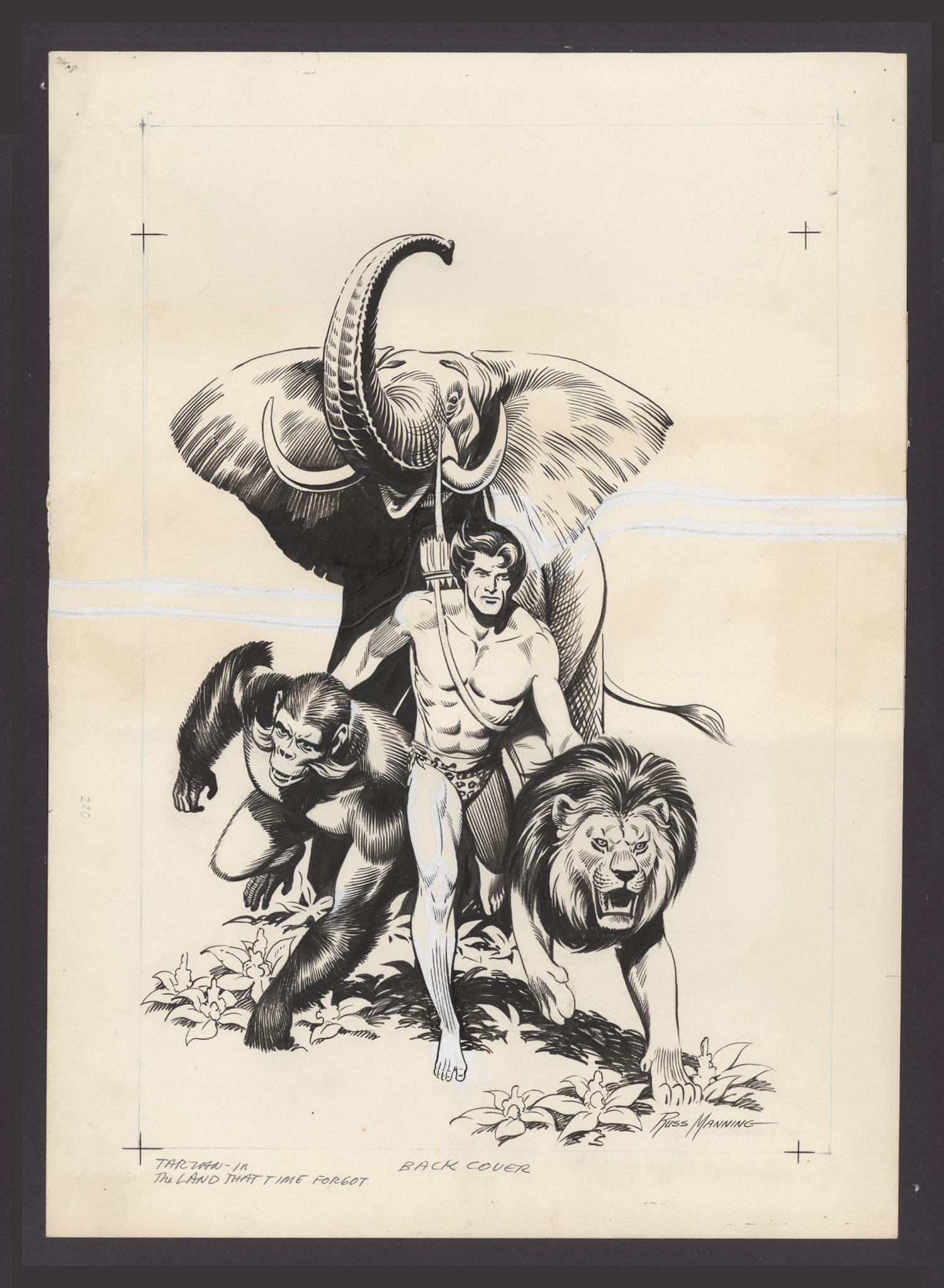 $4,877
Sold For
25
Bids
This auction has ended.
PUBLISHER: Treasure Books
COMMENTS: back cover; Russ Manning pencils, inks and signed; image size 11.5" x 17"; Tarzan walks with a gorilla, lion and elephant
Read Description ▼
Sell One Of These Inquire About This

Watch
back cover; Russ Manning pencils, inks and signed; image size 11.5" x 17"; Tarzan walks with a gorilla, lion and elephantRuss Manning is an artist who spent much of his career illustrating adaptations of Edgar Rice Burroughs' Tarzan novels, along with scriptwriter Gaylord Du Bois, the duo reimagined 10 of the author's first 11 Tarzan novels for Gold Key's 60s Tarzan series, which were later published as graphic novels by Dark Horse in the 1990s. Manning was beloved by fans and peers alike for his clear, clean and deceptively simple style, and a knack for concise storytelling that flows seamlessly from panel to panel. Manning was also responsible for creating cult favorite Magnus, Robot Fighter, and later in his career, a series of Star Wars newspaper strips based on the original trilogy of films.


This fantastic Russ Manning illustration was featured on the back cover of "Tarzan in the Land that Time Forgot," it shows off Manning's irrefutable skill in the medium of pen and ink. Every line is deliberate and perfectly executed, garnering maximum effect with minimal effort. The animals are anatomically accurate, everything from the elephant's trunk to the lion's mane are rendered by the hand of a trained graphic artist. This page stands alone as a piece of art, regardless of its relevance to its source material.