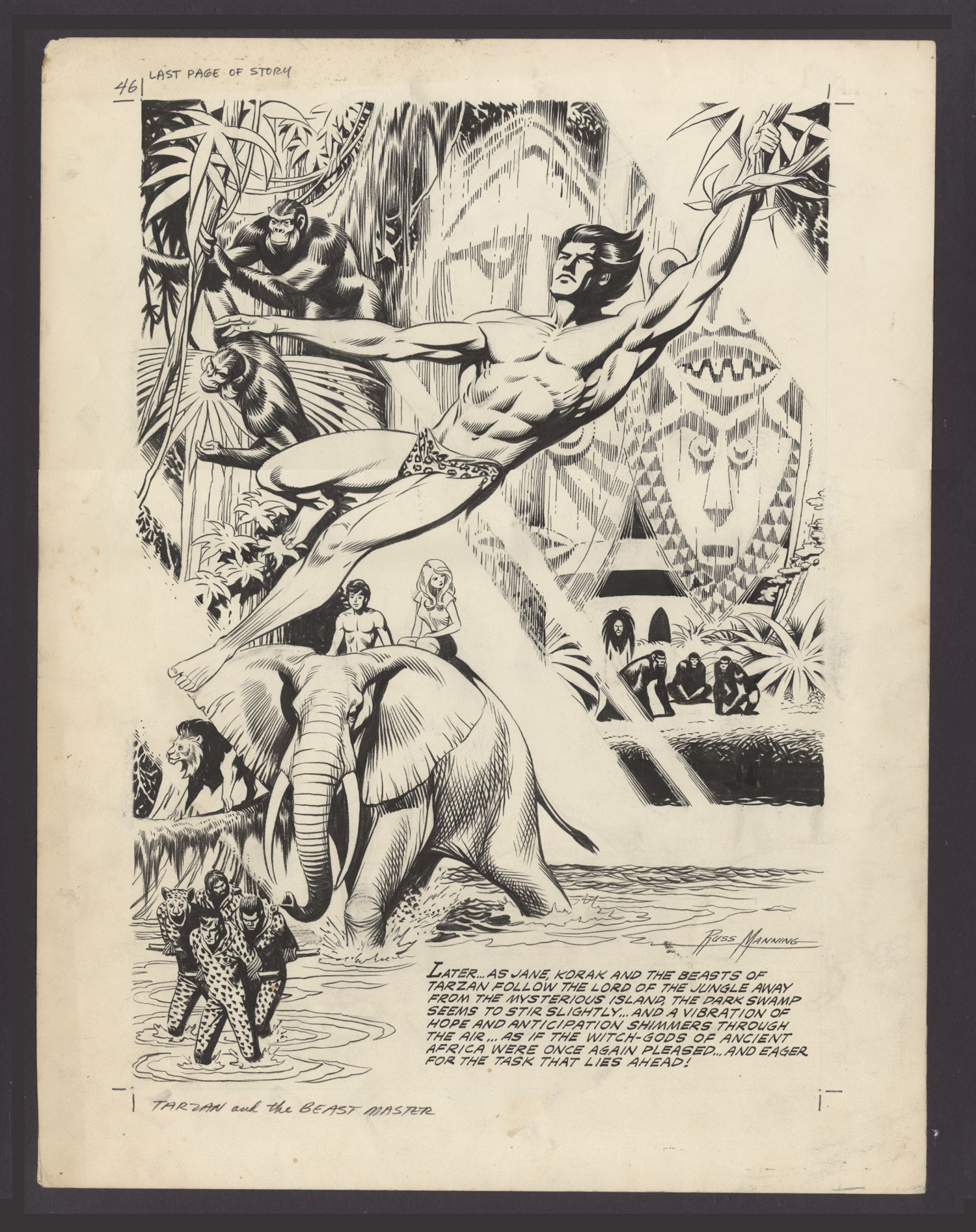 Watch
Pg. 46; Russ Manning pencils, inks and signed; image size 11.25" x 16.25; Tarzan, Korak, Jane and jungle beasts leave the mysterious islandRuss Manning is an artist who spent much of his career illustrating adaptations of Edgar Rice Burroughs' Tarzan novels, along with scriptwriter Gaylord Du Bois, the duo reimagined 10 of the author's first 11 Tarzan novels for Gold Key's 60s Tarzan series, which were later published as graphic novels by Dark Horse in the 1990s. Manning was beloved by fans and peers alike for his clear, clean and deceptively simple style, and a knack for concise storytelling that flows seamlessly from panel to panel. Manning was also responsible for creating cult favorite Magnus, Robot Fighter, and later in his career, a series of Star Wars newspaper strips based on the original trilogy of films.


The last page from "Tarzan and the Beast Master" is a beautiful splash, featuring Tarzan gliding through the trees in the center of the frame. Surrounding the Lord of the Jungle are Jane and Korak riding a majestic elephant, groups of loyal ape companions, a regal lion, as well as several of his defeated enemies being led away to face their punishment. This page displays the absolute control Manning exercises over his pen, as an additional bonus, this page is signed by the master artist.