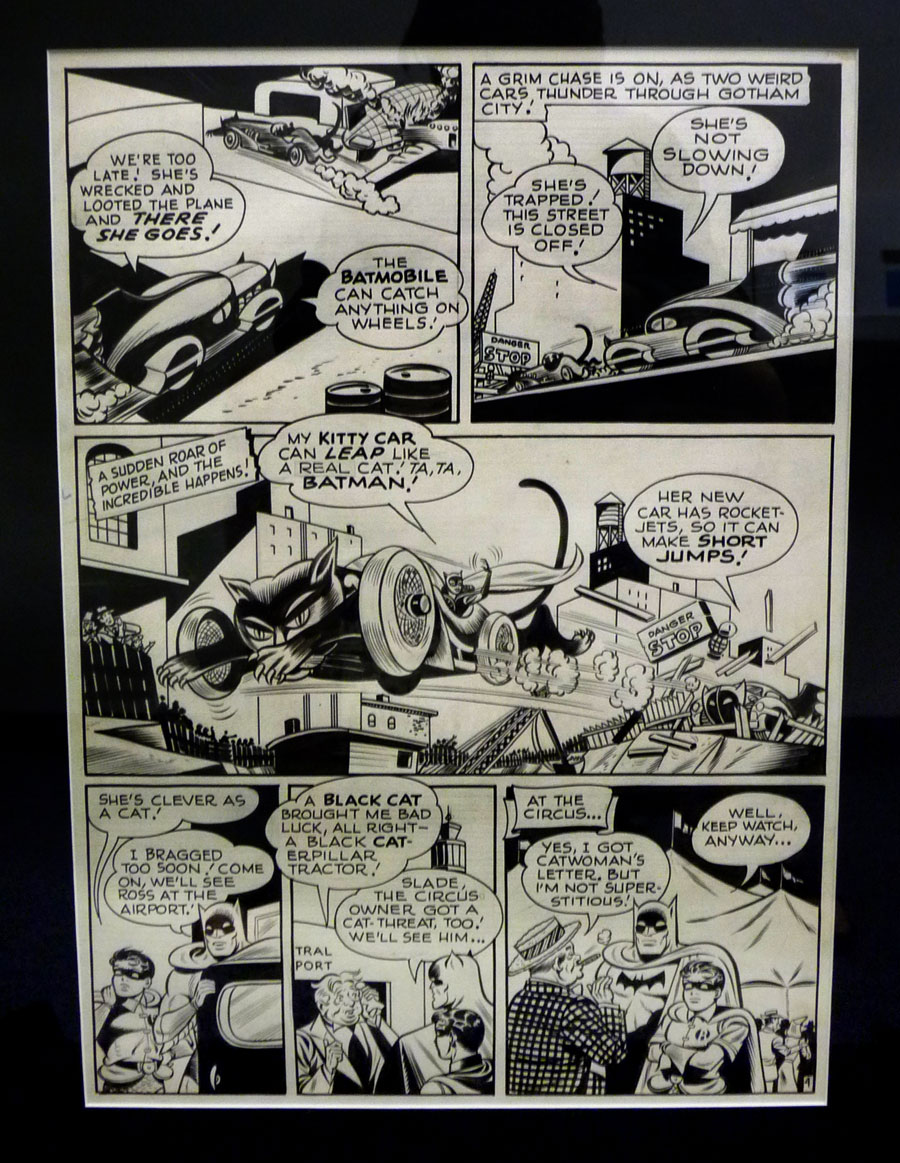 Much like Batman had his Batmobile, Catwoman had her Kitty Car, and this page, drawn by Bob Kane, puts that villainous vehicle on full display. The story "The Black Cat Crimes" involves Catwoman's scheme to invoke the old superstition about black cats crossing one's path to extort money from a group of wealthy Gothamites. The plot ends up with the Dynamic Duo chasing her through the city, allowing these sleek super speedsters to dominate the action in these panels.

Golden Age pages are scarce in general and early Detective pages are particularly difficult to come by, as anything related to the Caped Crusader is regularly snapped up by his rabid fan base and kept in personal collections for years. Finding such a dynamic page, with classic illustrations by Batman's co-creator, featuring one of the most popular villains of the DC stable is no small feat, and we expect our customers will respond with feverish bidding at auction.
Artists Information

Charles Paris is an American comic book artist who mainly worked as an inker for DC comics and in some issues as a penciller. Charles most notable works include early issues of Batman and Metamorpho.