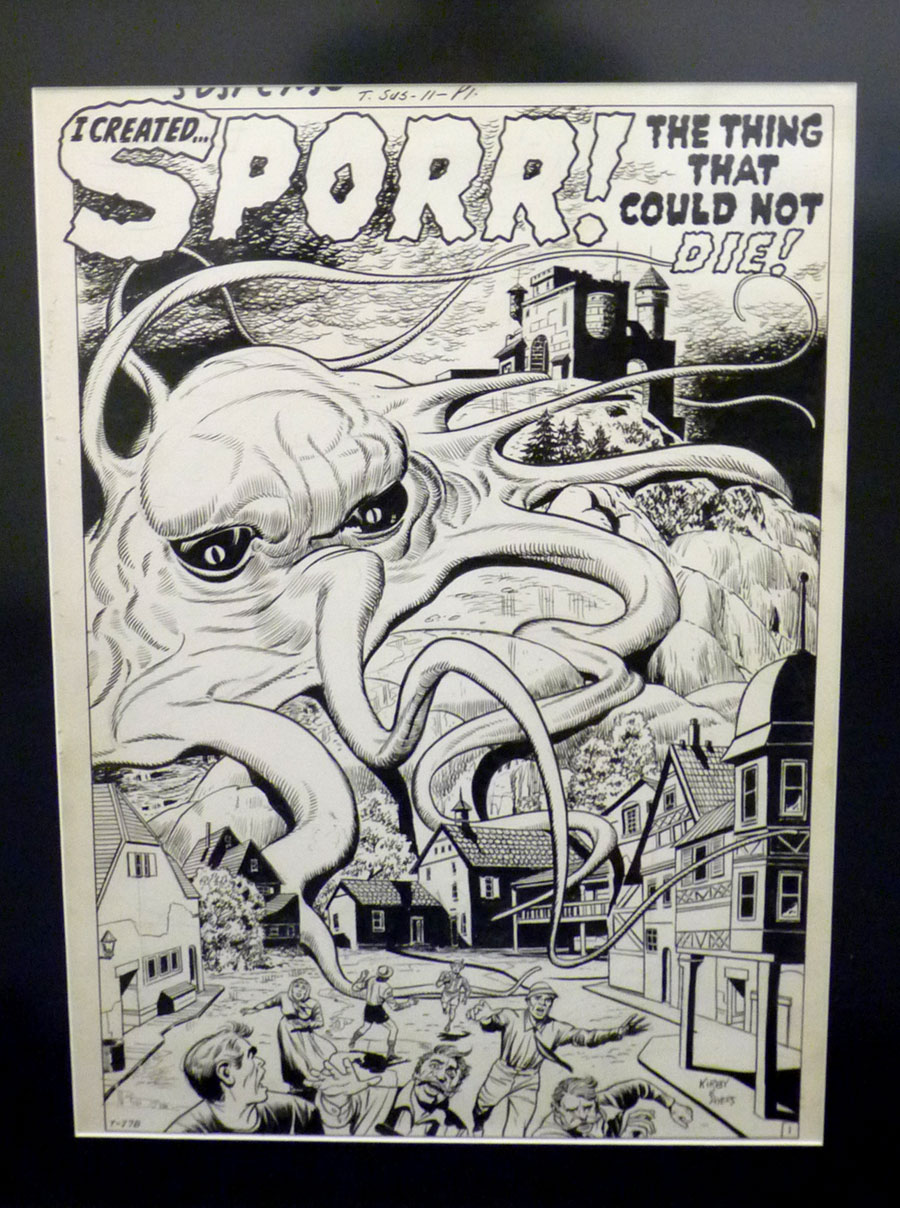 $24,000
Sold For
47
Bids
This auction has ended.
PUBLISHER: Marvel
COMMENTS: Pg. 1; Jack Kirby pencils and signed, Dick Ayers inks and signed; image size 12.5" x 18.75"
Read Description ▼
Sell One Of These Inquire About This

There are few things cooler in the world of comic collecting than to own an original page of Jack Kirby art, especially pieces that predate the Silver Age Marvel explosion. The kooky monster stories that populated the pages of Tales of Suspense are some of the most-entertaining Kirby illustrations. With the ridiculous names, and overly dramatic prose, it's quite obvious that these are the seeds that would soon grow into the Marvel Age, and this splash featuring the gelatinous amoeba Sporr is simply campy Kirby brilliance.

Before the superhero resurgence of the 1960s, Kirby and Stan Lee labored away at these gems of sci-fi-tinged horror, informed by the popularity of Atom Age potboilers and giant insect B-movies, the duo began to hone their style and develop the partnership that would soon bloom into fruition with the Fantastic Four, Avengers, and a slew of other characters that are only growing in stature to modern day fans. Kirby splash pages are not easy to find on the open market and are always the subject of heated competition at auction. This is a real treasure from the period when Lee and Kirby stood on the precipice of a brave new world, one that would make any true believer proud to place in their comic art collection.
Artists Information