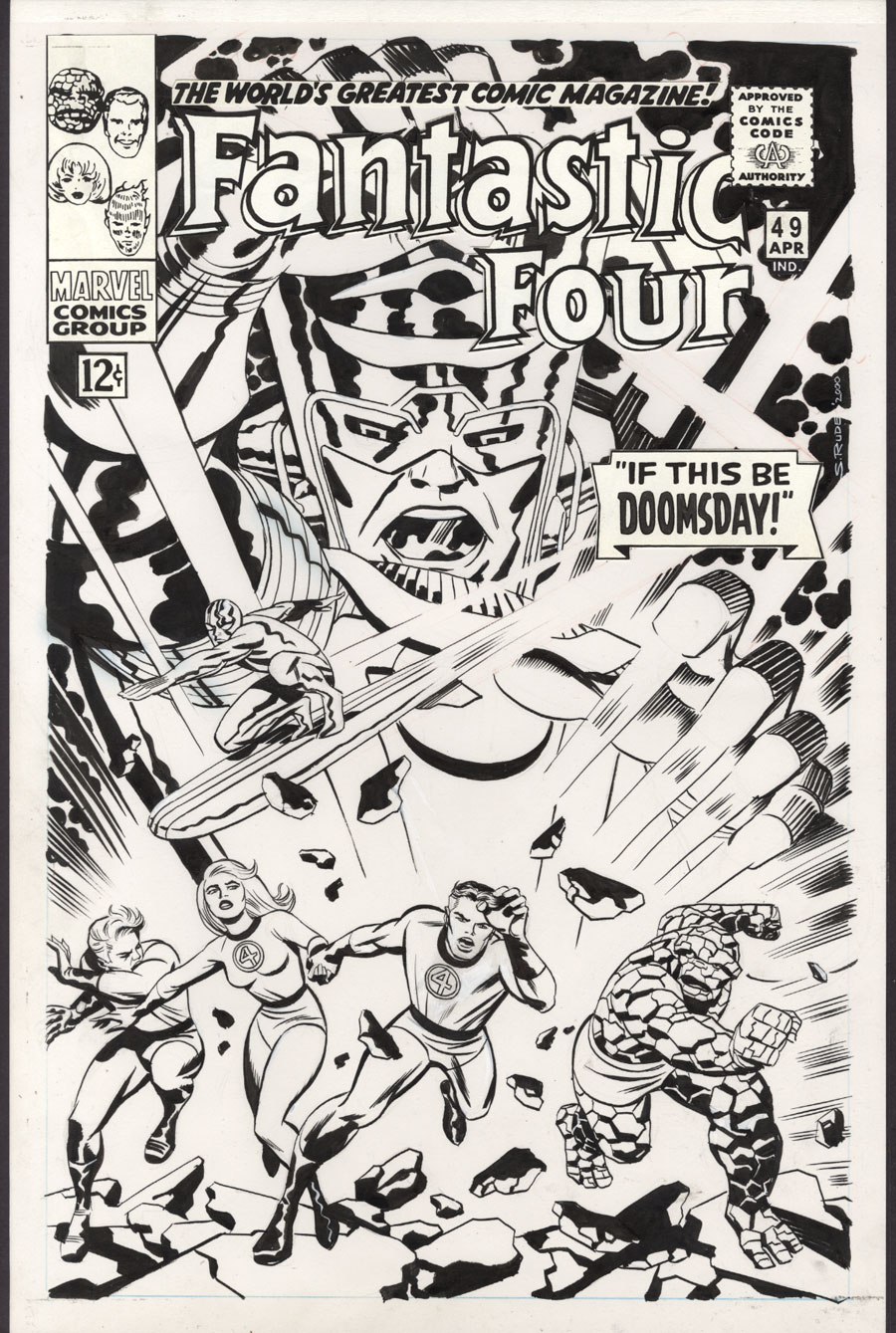 Watch
Steve Rude pencils,inks and signed "S. Rude '2000"; Recreation Cover; image size 10.25" x 16.5"Steve Rude is best known as the co-creator of Nexus, a sci-fi/superhero crossover title that has a loyal cult following, so it is fitting that this talented artist should use the skills he learned straddling the two genres in his loving tribute to Jack Kirby and the Fantastic Four. Rude has recreated this cover several times, in different mediums, but in this version he took some artistic liberties, slightly altering the design and, in doing so, creating a unique piece that pays respect to the king of all comic artists and showcases his own considerable skills. A perfect piece for fans of the Fantastic Four, Kirby or Rude, or all three, and at a price much more affordable than an original Kirby cover would be.
Artist Information

Steve (the Dude) Rude is an American comics artist. He is best known as the co-creator of Nexus with writer Mike Baron. Rude has had a long career working on many high profile projects at various publishers, including World's Finest (with Dave Gibbons), Magnus, Robot Fighter/Nexus, The Incredible Hulk vs. Superman, X-Men: Children of the Atom, Spider-Man: Lifeline and many more. In 2004 Rude co-created The Moth with writer Gary Martin. He is the subject of the documentary Rude Dude: The Steve Rude Story.