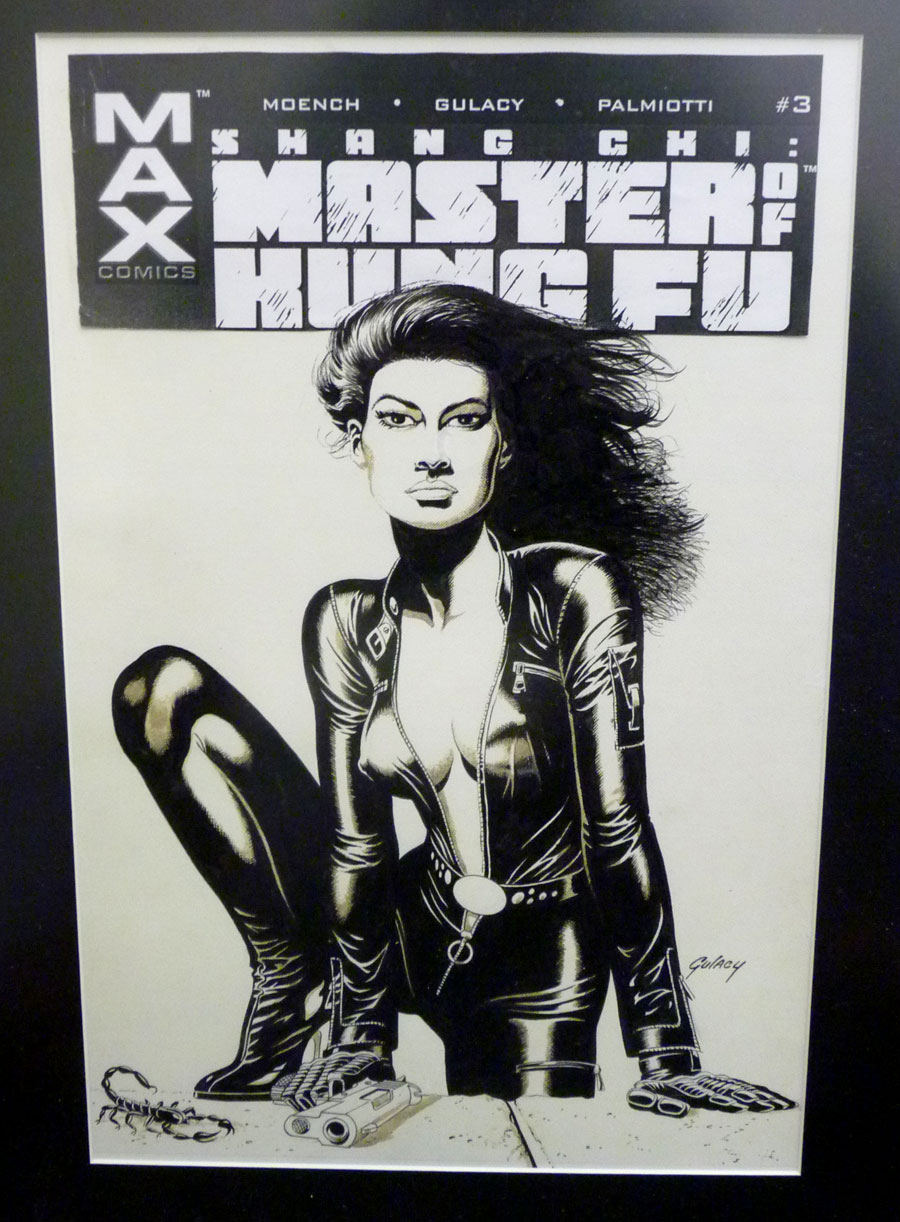 $3,850
Sold For
19
Bids
This auction has ended.
PUBLISHER: Marvel
COMMENTS: Paul Gulacy pencils, inks and signed; image size 9.5" x 14.5"
Read Description ▼
Sell One Of These Inquire About This

Watch
Paul Gulacy pencils, inks and signed; image size 9.5" x 14.5"Paul Gulacy made his mark in the comic industry with his work on the Master of Kung Fu series that was all the rage in the 1970s, thanks to Bruce Lee and Shaw Brothers films, the US was in full-on martial arts mode throughout the decade. When he returned to the series reboot in 2002, many fans of the original Shang Chi comics took notice. Gulacy's style matured during his original run in the 70s but his work here in the modern era shows how his skills have been honed to another level entirely through his years of hard work and dedication. This cover for issue #3 of Shang Chi: Master of Kung Fu is impressive to say the least, and his racy take on Leiko Wu is guaranteed to turn heads, thanks to the permissiveness of Marvel Max, an imprint aimed squarely at adult readers. The fine detail in Leiko's hair and catsuit employ the photorealistic qualities Gulacy is known for. A really cool piece of Modern Age comic art to be sure.

Paul Gulacy is an American comics artist best known for his work for DC Comics and Marvel Comics, and for drawing one of the first graphic novels, Eclipse Enterprises' 1978 Sabre: Slow Fade of an Endangered Species, with writer Don McGregor. He is most associated with the 1970's martial-arts and espionage series, Marvel's Master of Kung Fu.