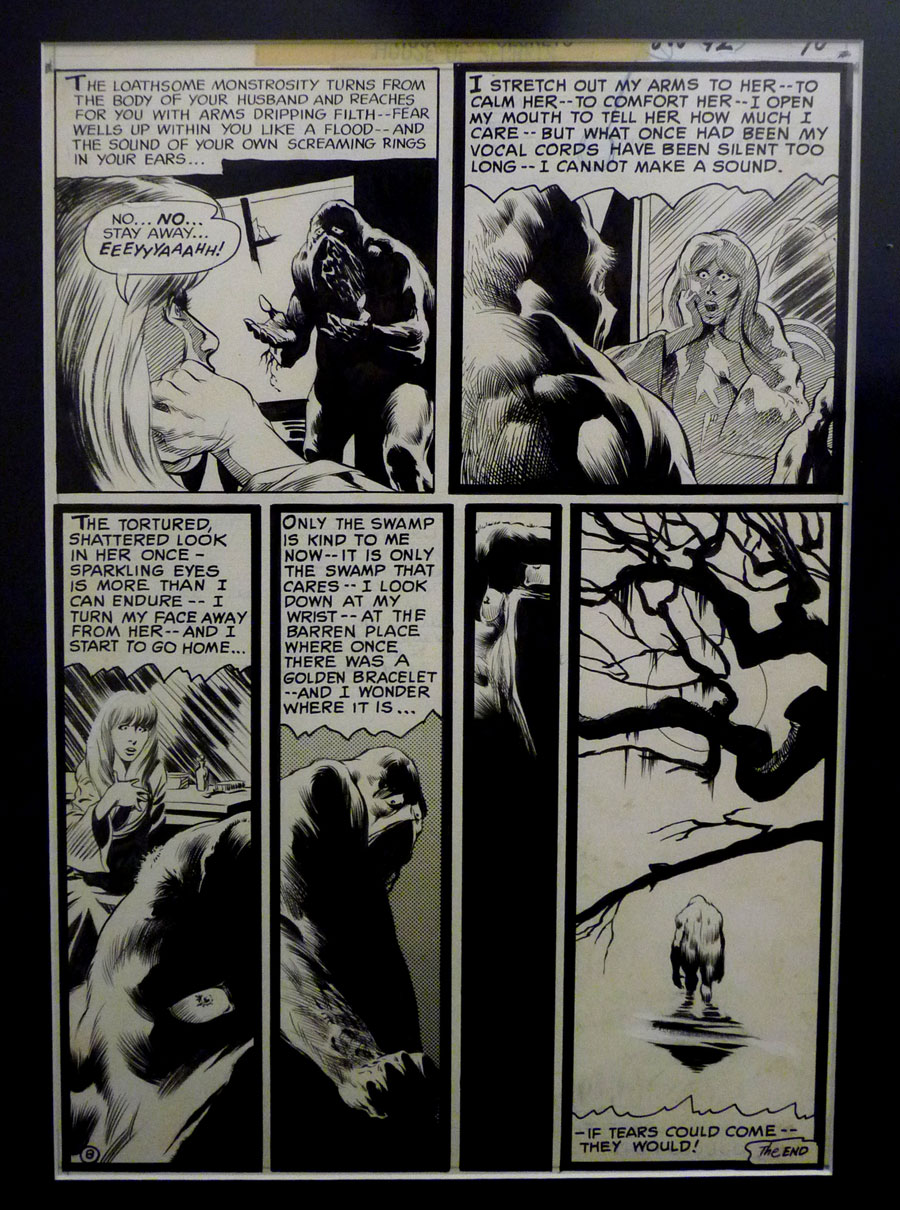 $72,222
Sold For
76
Bids
This auction has ended.
PUBLISHER: DC
COMMENTS: Pg. 10; Bernie Wrightson pencils and inks; image size 10" x 15"
Swamp Thing
Read Description ▼
Sell One Of These Inquire About This

Watch
Pg. 10; Bernie Wrightson pencils and inks; image size 10" x 15"
Swamp ThingAfter having been banished from comics pages during the moral panics of the 1950s, horror titles finally made a roaring comeback with the loosening of the Comics Code in the late 1960s, allowing Bernie Wrightson, among others, to indulge their boyhood love of the macabre and grotesque. The final page from the origin story of the Swamp Thing is full of longing and a deep sense of sadness, words not usually used to describe horror anthology stories, but in the hands of a young virtuoso such as Bernie Wrightson, the comic art form is elevated to poetic levels. This sort of phenomenon is not unknown to the comic book industry but it doesn't happen often, the simultaneous launching of a beloved hero, as well as the birth of an iconic artist.