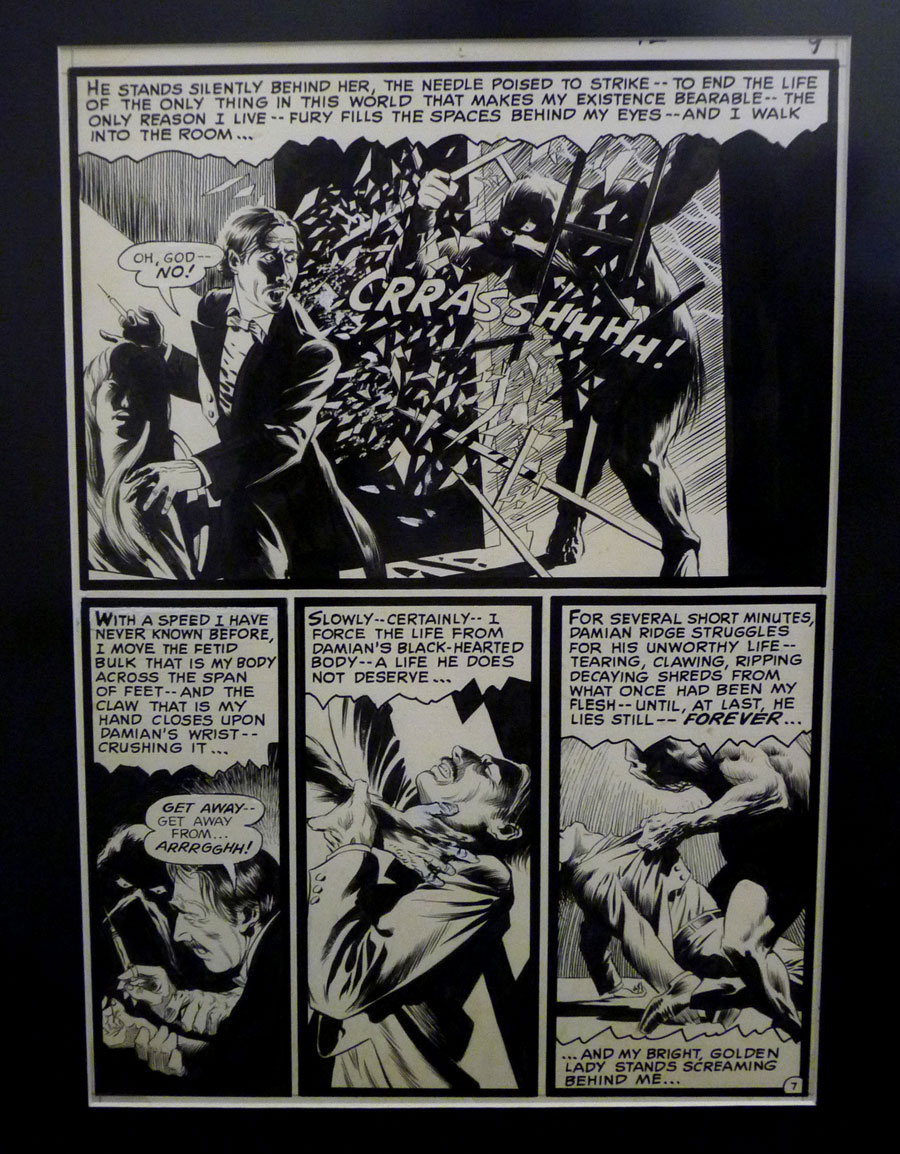 $66,500
Sold For
70
Bids
This auction has ended.
PUBLISHER: DC
COMMENTS: Pg. 9; Bernie Wrightson pencils and inks; image size 10" x 15"
Swamp Thing
Read Description ▼
Sell One Of These Inquire About This

Watch
Pg. 9; Bernie Wrightson pencils and inks; image size 10" x 15"
Swamp ThingBernie Wrightson was arguably the best known and greatest of all the artists to rise up from the swamp of fanzines and newsletters that comics-obsessed fans pumped out during the late 60s and early 70s. After working his way up through the ranks at Marvel and DC, mostly on horror anthologies, Wrightson, with writer Len Wein, hit upon the concept that would put their names on the map, Swamp Thing. Wrightson would go on to become one of the most-renowned illustrators in the industry, but his connection to Swamp Thing would remain strong throughout his career. This page, from the character's first appearance, stands as a testament to the lasting power of the shambling and misunderstood hero and is doubly historic as the top panel is the first-ever appearance of the character that would come to define DC horror comics and eventually lead to the creation of the revered Vertigo brand.