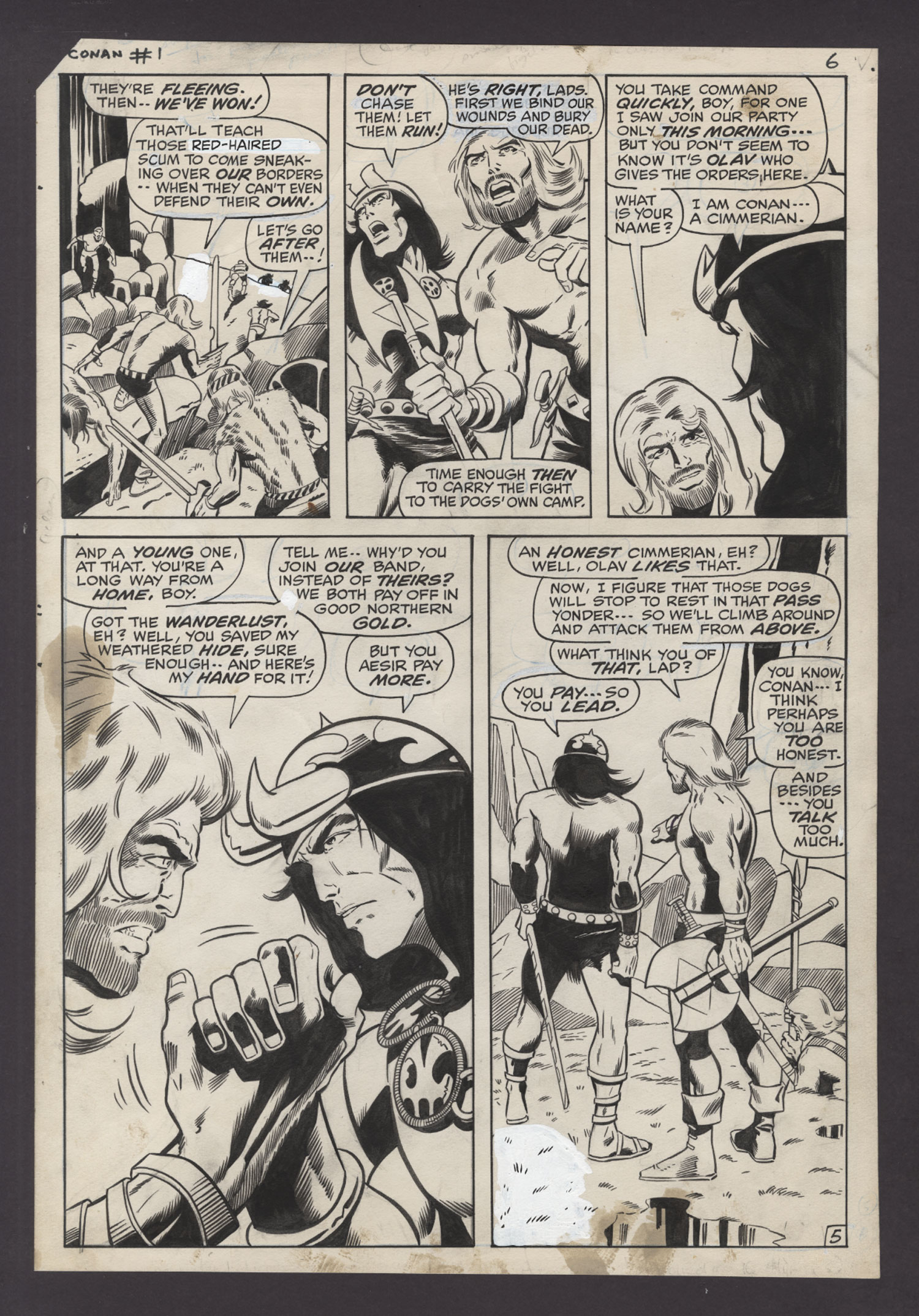 Watch
Pg. 5; Barry Windsor-Smith pencils; Dan Adkins inks; 10" x 15"When Barry Windsor-Smith and Roy Thomas teamed to create Conan the Barbarian for Marvel Comics, the undertaking was seen as a risky proposition, as the muscular barbarian had no connection to the Marvel Universe of superheroes, existed in a different time period, and took part in adventures that had adult themes. The gamble paid off. Not only did Conan the Barbarian become an instant cult success, but the character was then spun off into two black-and-white magazines, Savage Tales and The Savage Sword of Conan.

This page, from the series' first issue, depicts Conan selling his services to Olav, the leader of the Aesir, a band of warriors. The pair discusses their business arrangements and battle strategy as readers are provided an introduction to the Cimmerian warrior and his straightforward personality. Smith's take on Conan was that of a youthful adventurer, who was still developing into manhood, with human weaknesses, very much the opposite of John Buscema's indestructible musclebound death machine. The early issues of Conan are considered to be some of Smith's best, and his fluid line work and strong sense of composition were the perfect fit for Marvel's foray into the world of Sword & Sorcery. When it comes to Conan fans you can't ask for more than a page from the first issue of the revered, long-running series.