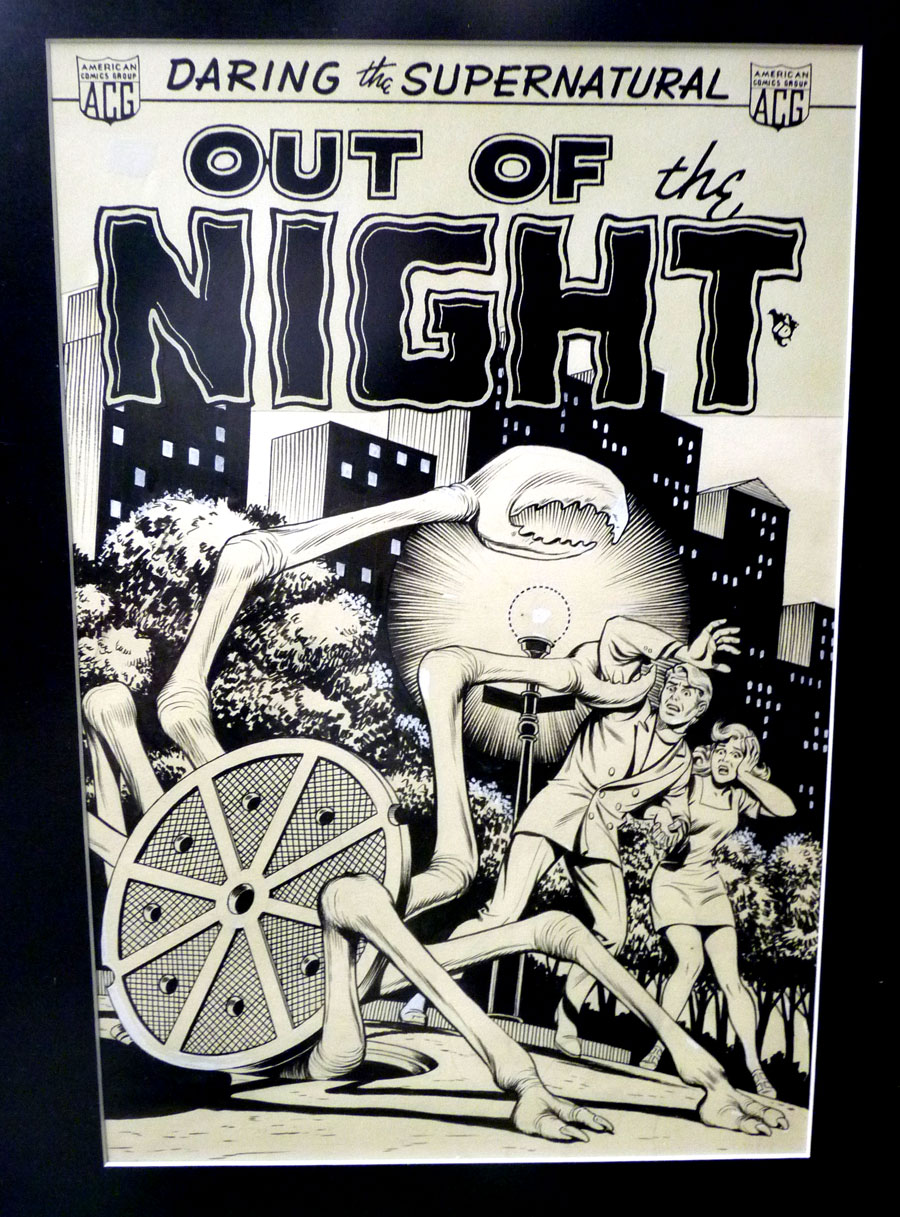 $1,261
Sold For
21
Bids
This auction has ended.
COMMENTS: unpublished art; Kurt Schaffenberger pencils and inks; standard "Out of the Night" logo affixed for presentation purposes; image size 10.5" x 16"
Read Description ▼
Sell One Of These Inquire About This

Watch
unpublished art; Kurt Schaffenberger pencils and inks; standard "Out of the Night" logo affixed for presentation purposes; image size 10.5" x 16"Kurt Schaffenberger was primarily known for his work on the Captain Marvel family for DC early on in his career, and for his contributions to Superman's Girlfriend Lois Lane, but he underwent a journeyman period where he worked for many of the B-level publishers, including EC, Gilbertson and Premier. This wonderful piece of macabre art was created for ACG, who were known for their horror titles, as well as the trifecta of the post-war period, crime, romance and funny animal comics. This stunning cover, intended for a late 60s title named Dark Tales,  is unpublished, making it doubly desirable, finding a special piece like this one is quite a thrill. Schaffenberger's assured hand and impeccable eye for design is evident on the crab legs of the creature emerging from the manhole, as well as on the faces of the terrified onlookers. Surely fans of Schaffenberger s work will be biding their time waiting to bid on this unearthed treasure. The "Out of the Night" logo has been affixed to the art for presentation purposes and is not part of the original piece.

[11/28] CORRECTION: this item was incorrectly listed as an unpublished pre-code horror cover, it was actually created in the 1960s.
Artist Information