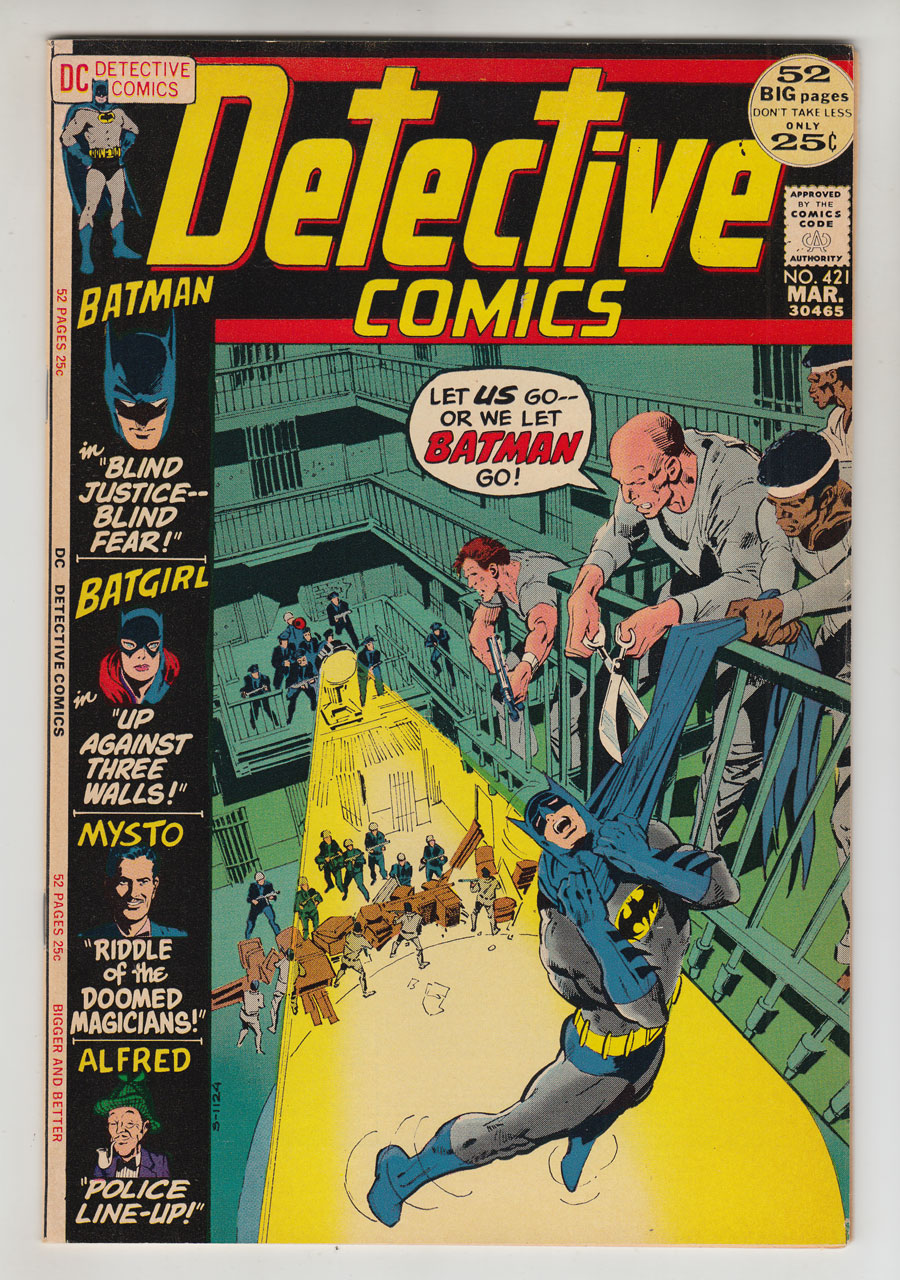 $20.37
Sold For
7
Bids
This auction has ended.
PUBLISHER: DC
COMMENTS: Neal Adams cvr (3/72)
Read Description ▼
Sell One Of These Inquire About This

Watch
Neal Adams cvr (3/72)Ask any Bat-fan to name their all-time favorite artists, and the legendary Neal Adams is invariably at the top of the list. Resuscitating the weary Batman franchise in the wake of the camp TV series, Adams' photorealistic style and pop-art sensibility sent shockwaves through the industry, and his insistence on drawing a dark, gothic Batman inspired by the original first year of pre-Robin comics endeared him to comics fans and veterans.
Artists Information