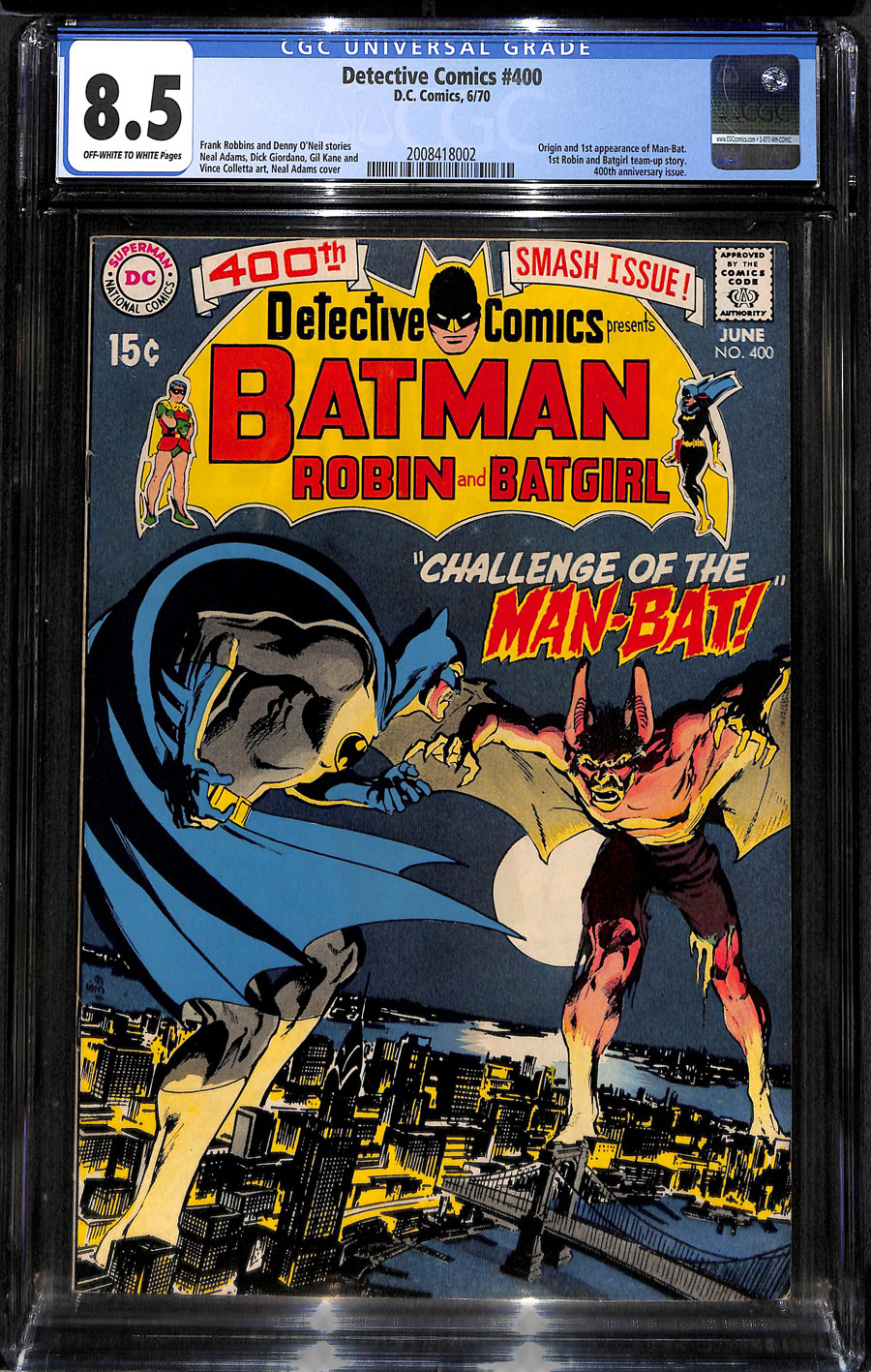 $410
Sold For
15
Bids
This auction has ended.
PUBLISHER: DC
COMMENTS: ow/white pgs
Neal Adams cvr/art; origin & 1st app. of Man-Bat (6/70)
Read Description ▼
Sell One Of These Inquire About This

Watch
ow/white pgs
Neal Adams cvr/art; origin & 1st app. of Man-Bat (6/70)Milestone issue featuring the first appearance of Man-Bat in "Challenge of the Man-Bat!", script by Frank Robbins, pencils by Neal Adams, inks by Dick Giordano; Zoologist Kirk Langstrom is working late at the Gotham Natural History Museum putting together a bat habitat; he aims to perfect a serum that can endow people with enhanced auditory abilities via a specialized bat gland extract; Elsewhere in the city, a group of thieves known as the Blackout Gang break into a vault; Back at the museum, Kirk Langstrom is pleased with his progress and decides to test his new formula upon himself; he mutates into Man-Bat. "A Burial for Batgirl!," script by Denny O'Neil, pencils by Gil Kane, inks by Vince Colletta; Barbara Gordon has come to Hudson University to help with a Edgar Allen Poe festival; She discovers a murder and captures Hank Osher, who appears to be the murderer; Batgirl begins to believe that Hank has been framed and investigates further, which leads to her being captured and bricked into a wall.
Artists Information