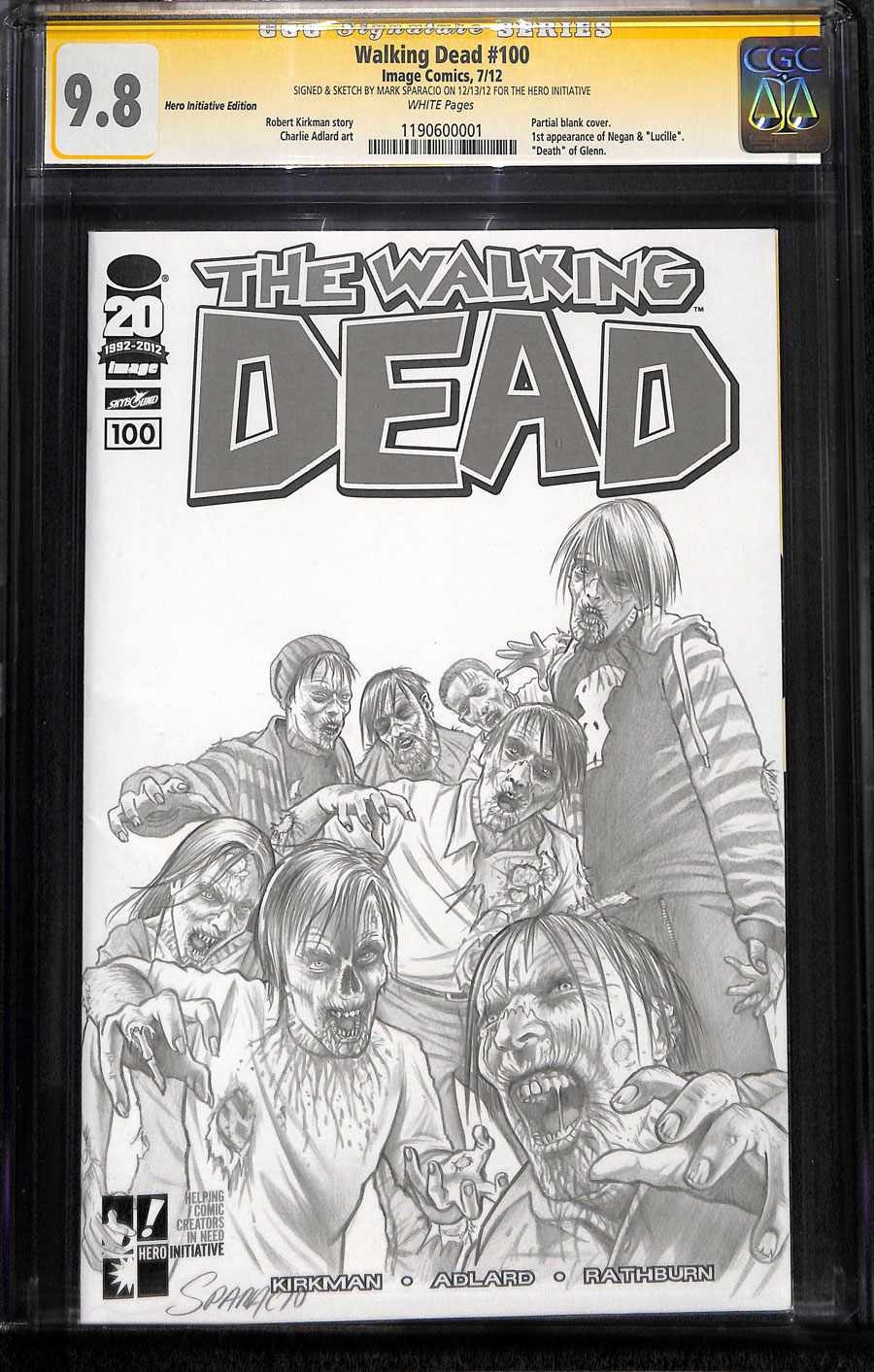 DESCRIPTION
Share This:
white pgs; Hero Intitiative Edition; Mark Sparacio signature series, Mark Sparacio sketch on cvr
Adlard art; 1st app. Negan & Lucille
Highest GradedEveryone that is a Walking Dead fan knows that issue #100 was a game-changer, the issue ushered in the legendary villain Negan and introduced his weapon, the barbed-wire wrapped baseball bat, Lucille, and let's just say, it was not a happy day in TWD land. This issue is considered a turning point in the storyline of the comic, as it was in the televised version as well. Before the book came out, creator Robert KIrkman warned his fans that it would be the goriest and most shocking issue of the series yet, which led to record breaking pre-sales and the highest amount of variant covers produced for the run, possibly of any comic ever made. Besides issue #1, this is probably the second-most important issue in the series. Which is saying a lot considering how many iconic moments and indelible images have been dumped into the collective pop culture consciousness of fans of this Modern Age classic.
The Hero Initiative Edition of Walking Dead #100 was created as a way to give assistance to comic creators who were in need of help, whether they were dealing with financial hardship or medical issues, the money raised by the sale of these copies were intended as a charitable offering. There were around 100 blank copies of TWD #100 printed, most of which were filled in by different artists in the industry, but a few blanks made it out to the marketplace as well. These books are all unique one-of-a-kind items, and they are very desired by Walking Dead collectors out there. This specific copy was designed, drawn and signed by Mark Sparacio, best know for his Good Girl Art covers, and its high grade ensures it will be of interest to TWD completists at auction.