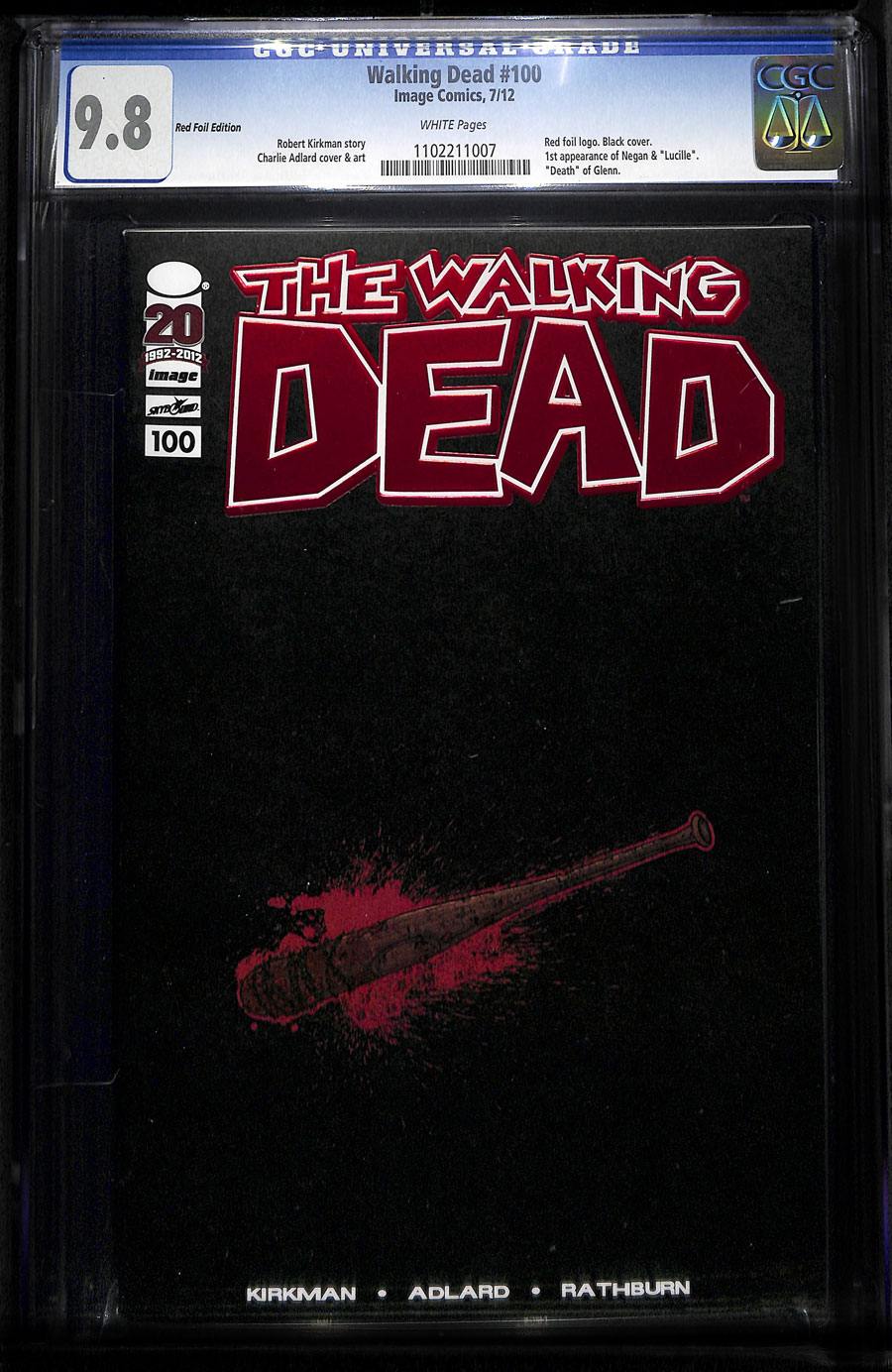 DESCRIPTION
Share This:
white pgs; Red Foil Edition
Adlard art; 1st app. Negan & Lucille
Highest GradedEveryone that is a Walking Dead fan knows that issue #100 was a game-changer, the issue ushered in the legendary villain Negan and introduced his weapon, the barbed-wire wrapped baseball bat, Lucille, and let's just say, it was not a happy day in TWD land. This issue is considered a turning point in the storyline of the comic, as it was in the televised version as well. Before the book came out, creator Robert KIrkman warned his fans that it would be the goriest and most shocking issue of the series yet, which led to record breaking pre-sales and the highest amount of variant covers produced for the run, possibly of any comic ever made. Besides issue #1, this is probably the second-most important issue in the series. Which is saying a lot considering how many iconic moments and indelible images have been dumped into the collective pop culture consciousness of fans of this Modern Age classic.
This copy features one of the sixteen variants created for TWD #100, the "Red Foil" edition was printed in a run of about 250 copies and sold directly to the public for the original price of $250 at release. This is one of the rarest variants of issue #100, and, as its name states, it is printed on a red foil paper. This copy is one of the highest-graded 9.8 examples available of this rare collector's item.