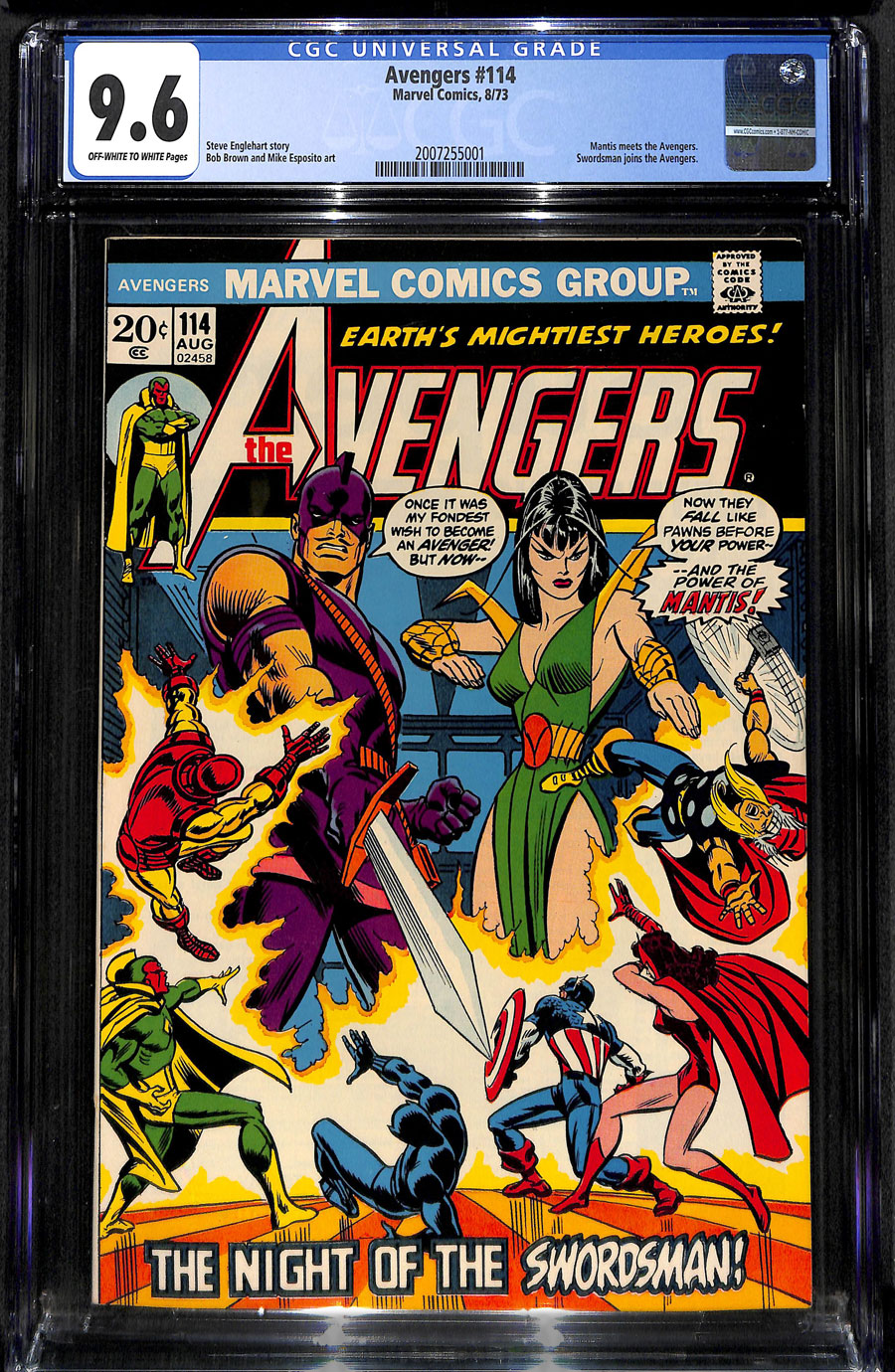 Watch
ow/white pgs
Swordsman joins (8/73)"Night of the Swordsman" Script by Steve Englehart. Pencils by Bob Brown. Inks by Mike Esposito. Cover by Rich Buckler and Joe Sinnott with possible contributions from Ron Wilson and John Romita. Still upset over the events of last issue, the Scarlet Witch takes a walk through Manhattan to unwind. But along the way Wanda runs into trouble with some construction workers! However, a brand new heroine arrives on the scene to help her! Who is Mantis and where did she come from? When Wanda and her new friend return to the mansion, another surprise guest shows up! The Swordsman! Wow, the Avengers' long-time foe and former member of the Lethal Legion wants to join the Avengers! Captain America immediately squashes that notion, but surprisingly the remaining members of the team agree to give the Swordsman a chance! And several days later when the Lion God returns, Earth's Mightiest Heroes are glad they did! Cameo appearances by the Hulk, Hawkeye, and Zzzax.
Artist Information