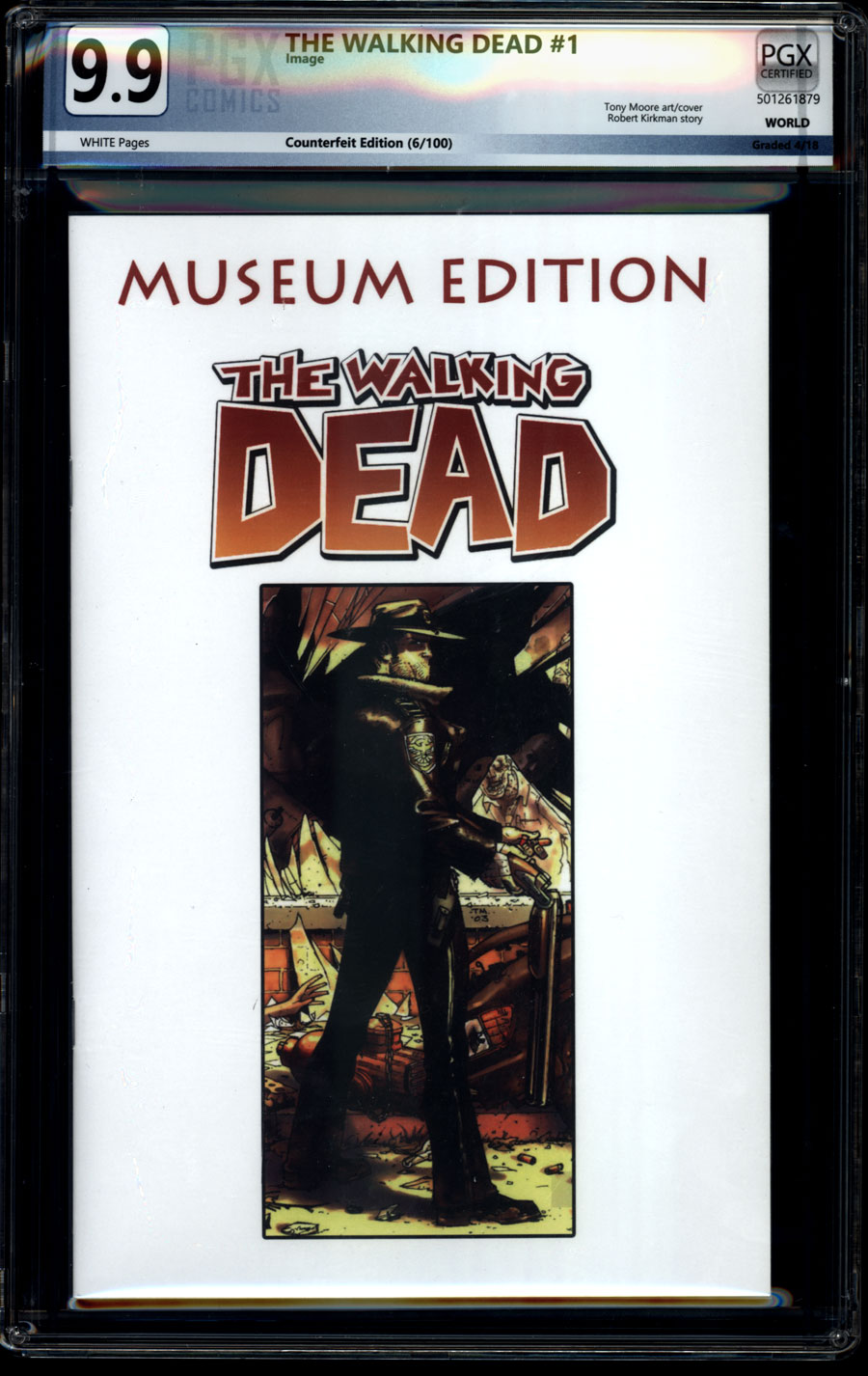 DESCRIPTION
Share This:
white pgs; Museum Edition; RARE counterfeit copy, see extended comments for more information
1st Rick Grimes; Most important key of the modern era!
Highest GradedImage Comics' creator-driven formula breathed new life into graphic literature in the '90s as many of the most popular titles for contemporary comic readers find their roots in the publisher. Image broke the mold again with The Walking Dead. Upon its release in 2003, The Walking Dead picked up in popularity, gradually gaining a cult following up until 2010, when it won the Eisner Award for Best Continuing Series alongside the announcement of the TV series that would soon become a runaway success, ensuring boosted sales for years to come. Only 7,200 copies of the original printing of the first issue were ordered by comic book shops across North America and high-grade examples fetch a handsome price. There is no other comic from the last 15 years as valuable as this title.
The Walking Dead #1 Museum Edition is a counterfeit, but still fetches high prices in the marketplace due to its rarity. According to bleedingcool.com, the Museum Edition was originally planned to be released at the Ohio Fear Fest Horror Con in 2004, but the con was cancelled so the copies were never released to the public, until some industrious entity decided to print up counterfeit copies of the mysterious Museum Edition, adding more fuel to the murky mythology behind this book, Image and Skybound claim that the original Fear Fest copies were never produced in the first place. Regardless of the convoluted history, this book still sells for big bucks, from the hundreds to the thousands, so, for the adventurous Walking Dead fans out there, this is a real rarity with an interesting story behind it, and despite its questionable provenance, it still seems to be a rare gem for TWD collectors.