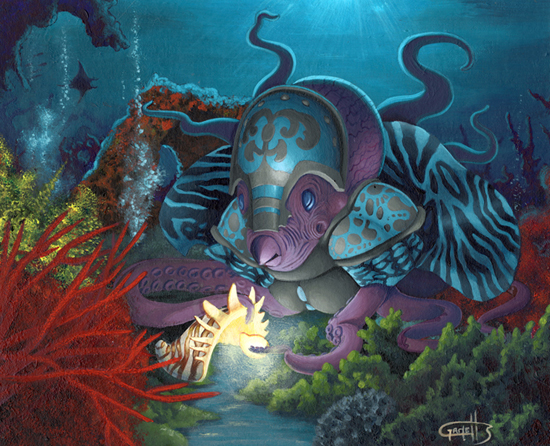 $1,400
Sold For
18
Bids
This auction has ended.
PUBLISHER: Wizards of the Coast
COMMENTS: Keith Garletts acrylics on board and signed; 13" x 11"; Magic the Gathering Odyssey Set #72
Read Description ▼
Sell One Of These Inquire About This

Keith Garletts is a freelance artist since 1999, and has notably worked on the Harry Potter Trading Card Game as an illustrator. He's offered his services to Warner Bros., Wizards of the Coast for illustration, as well as to Ikea, Nokia, and more as a storyboard colorist. He has illustrated many cards for Magic: The Gathering as well as some issues of Wildstar for Image comics.