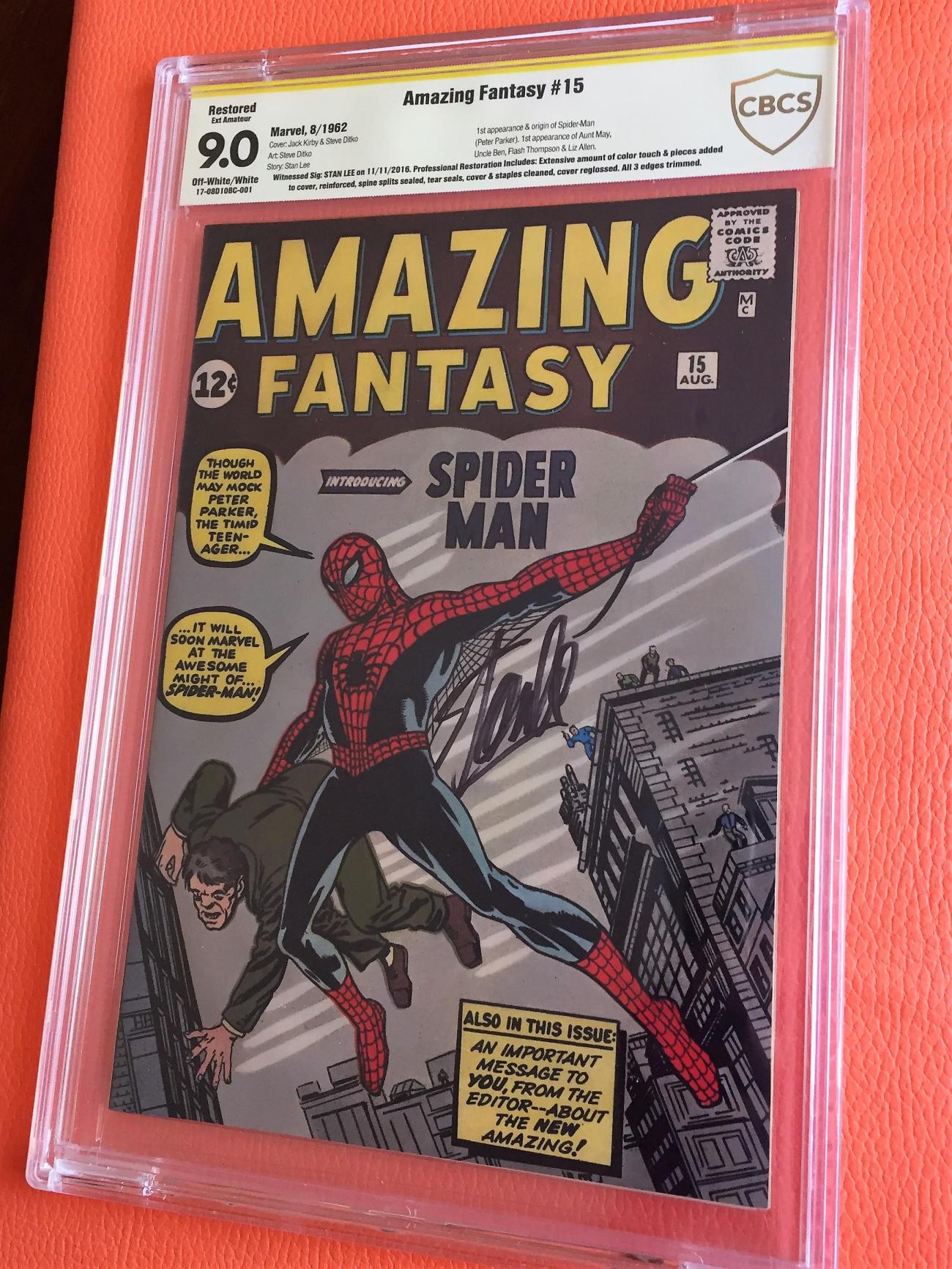 --
Accepting Offers
--
Offers
FYI there's no need to include decimal points(.).
Offer Confirmation
You are about to submit an offer of . If accepted, you are legally obligated to purchase the book. Are you sure you want to continue?
FYI there's no need to include decimal points(.).
Buy Confirmation
You are about to buy this item for , and will be legally obligated under the terms of our User Agreement to pay for it in a timely fashion. Continue?
PUBLISHER: Marvel
COMMENTS: Extensive Amateur Restoration, Off-White to White pages, RESTORED SEE LABEL
Kirby cover; Ditko art; origin & 1st app. Spider-Man; 1st Uncle Ben & Aunt May (8/62) Comic Book Impact rating of 10 (CBI)
Read Description ▼
Sell One Of These Inquire About This

Watch
Extensive Amateur Restoration, Off-White to White pages, RESTORED SEE LABEL
Kirby cover; Ditko art; origin & 1st app. Spider-Man; 1st Uncle Ben & Aunt May (8/62) Comic Book Impact rating of 10 (CBI)This is the Silver Age equivalent of Action Comics #1: a historic, game-changing key issue that acts as a pivot point from what came before, and what came after. The creation of Stan Lee and Steve Ditko, this radical new concept featured a passive, neurotic, everyman hero; an unusually emotionally charged origin story touching on issues of mortality and family tragedy; a worldview grounded solidly in a real, recognizable universe obviously our own, and open-ended storytelling that rewarded close attention and regular readership. This milestone has also proven to be the success story of comics investment, growing rapidly and unstoppably in value and becoming one of the few completely bulletproof investments in recent times.