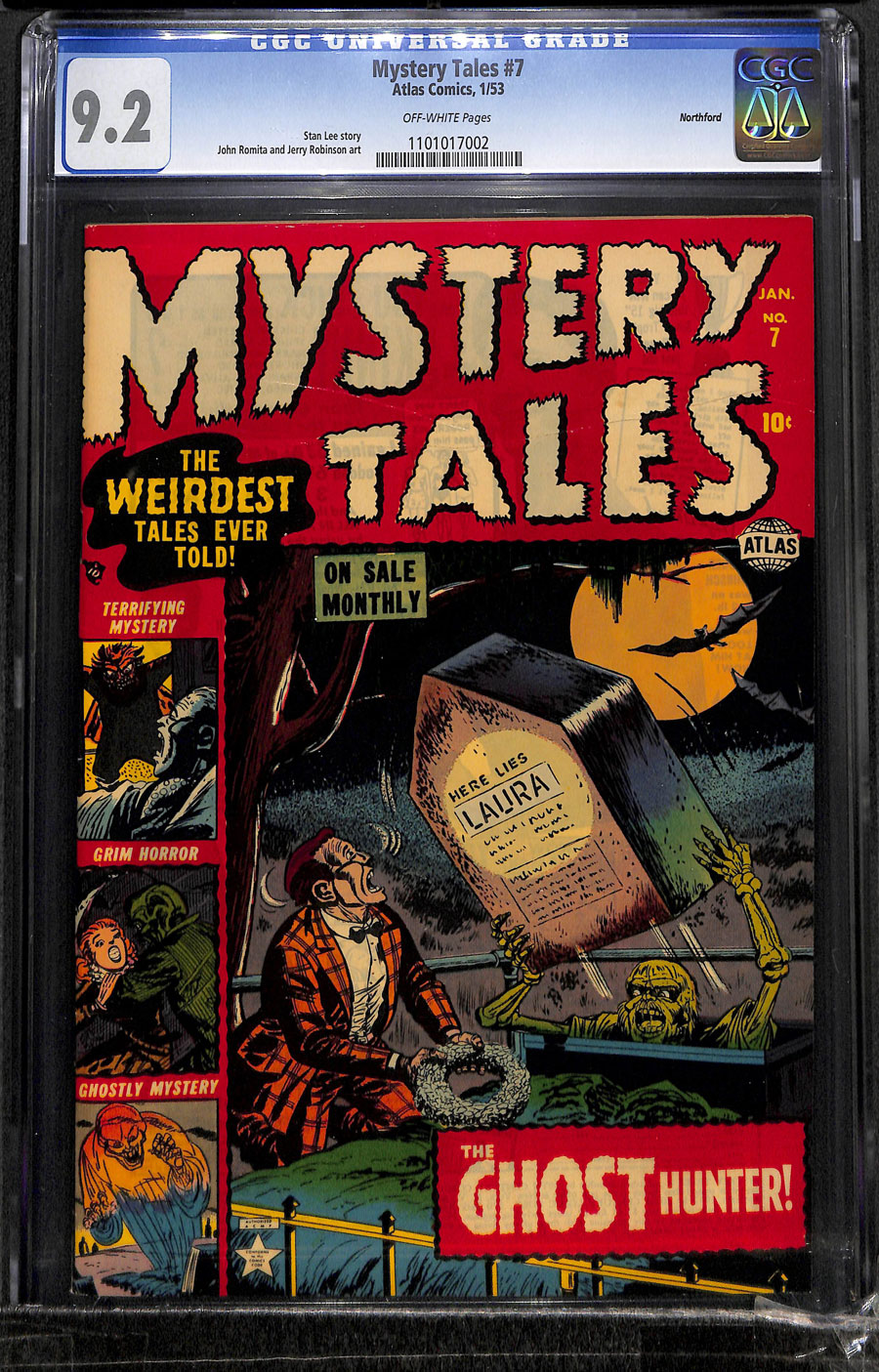 Watch
off white pgs
robot story; Romita art
Northford Copy
Highest GradedA couple of the names that pop up in the credits of this issue are those of Stan Lee and John Romita, two men who would loom large in the future of Marvel Comics, and here we see them toiling away, collaborating on these tawdry thrillers, specifically on a three-page "punch line" story called "The Man Who was a God". Interestingly, there is a short sci-fi / horror tale at the end of this book called "The Iron Man", and although it is completely uncredited, one can only wonder if Stan "The Man" had something to do with this quickie, and perhaps filed the concept away for future dusting off. It's these small kernels of ideas that appear in Mystery Tales that would eventually germinate into grandiose concepts, and the clues hidden in these sleeper books are just one of the many reasons to snap up copies for your personal collection.
Artists Information