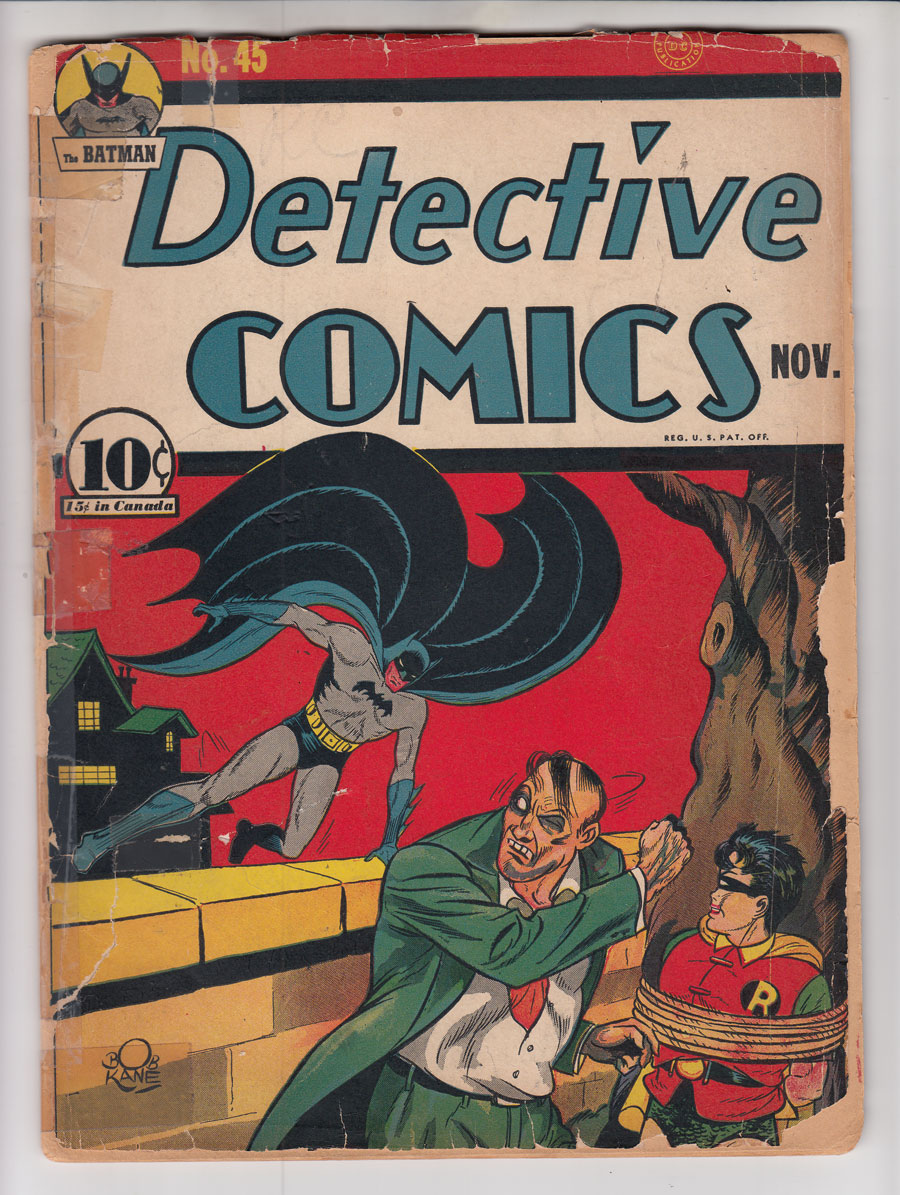 Watch
tp at spn; cvr tpd to int pgs; ad clipped, affects story; pc out int pg
1st Joker story in Detective; bondage coverDetective Comics #45 bears the distinction of containing the first appearance of the Joker in the title, already established as a popular villain in the pages of Batman Comics, the Clown Prince of Crime had yet to show his hideous grin in the Bat’s original book. That alone should be worth the price of admission, but, the classic Kane/Robinson cover art and the plethora of anthology heart-stoppers that fill out this book add that extra appeal that makes the Golden Age so much fun to collect.