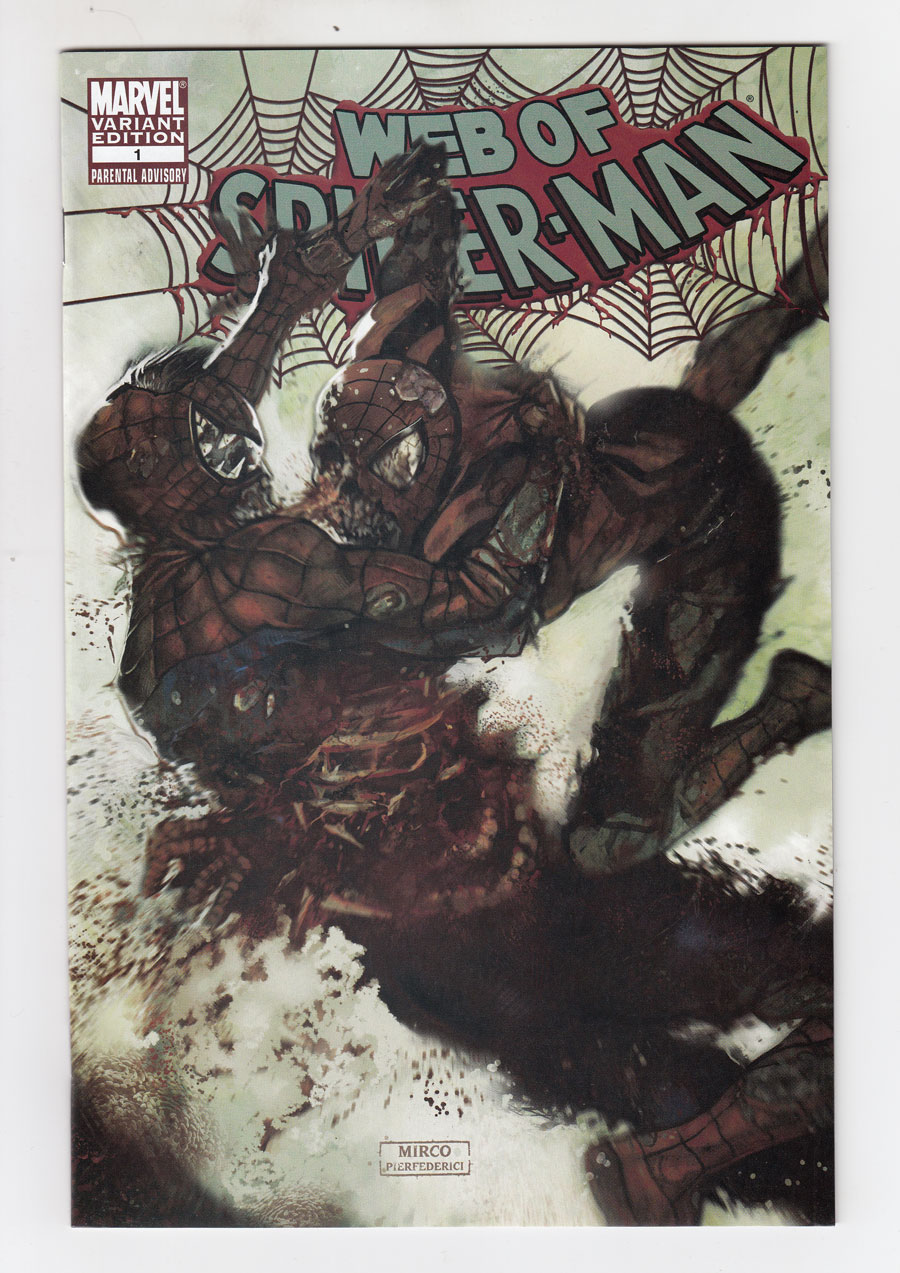 Watch
white pgs; zombie variant cover
Kaine app.Cover by PASQUAL FERRY. Written by J.M. DEMATTEIS, and TOM DEFALCO. Art by VAL SEMEIKS, and RON FRENZ. Tying into upcoming events in Amazing Spider-Man including WHO IS BEN REILLY? and THE GAUNTLET! Even with all the action jam-packed into every issue of Thrice Monthly Spidey, we STILL don't have enough room to tell the wall-crawler's exploits! So BEHOLD! The brand-new, state of the art WEB OF SPIDER-MAN! THRILL! To the return of KAINE, the ill-fated Peter Parker Clone - where has he been all these years? Where is he now? And how does it tie into KRAVEN?! Then - MARVEL! At the continuing adventures of May-Day Parker, The Spectacular Spider-Girl! And More! Get caught in the web! Plus: "The Last Stand of the Fabulous Frog-Man" by SEAN MCKEEVER & STEPHANIE BUSCEMA.
Artists Information

Val Semeiks is an American comic book artist who's mainly worked for Marvel and DC comics. Val's most notable works include Marvel's Conan the Barbarian, The Demon and Lobo for DC comics.