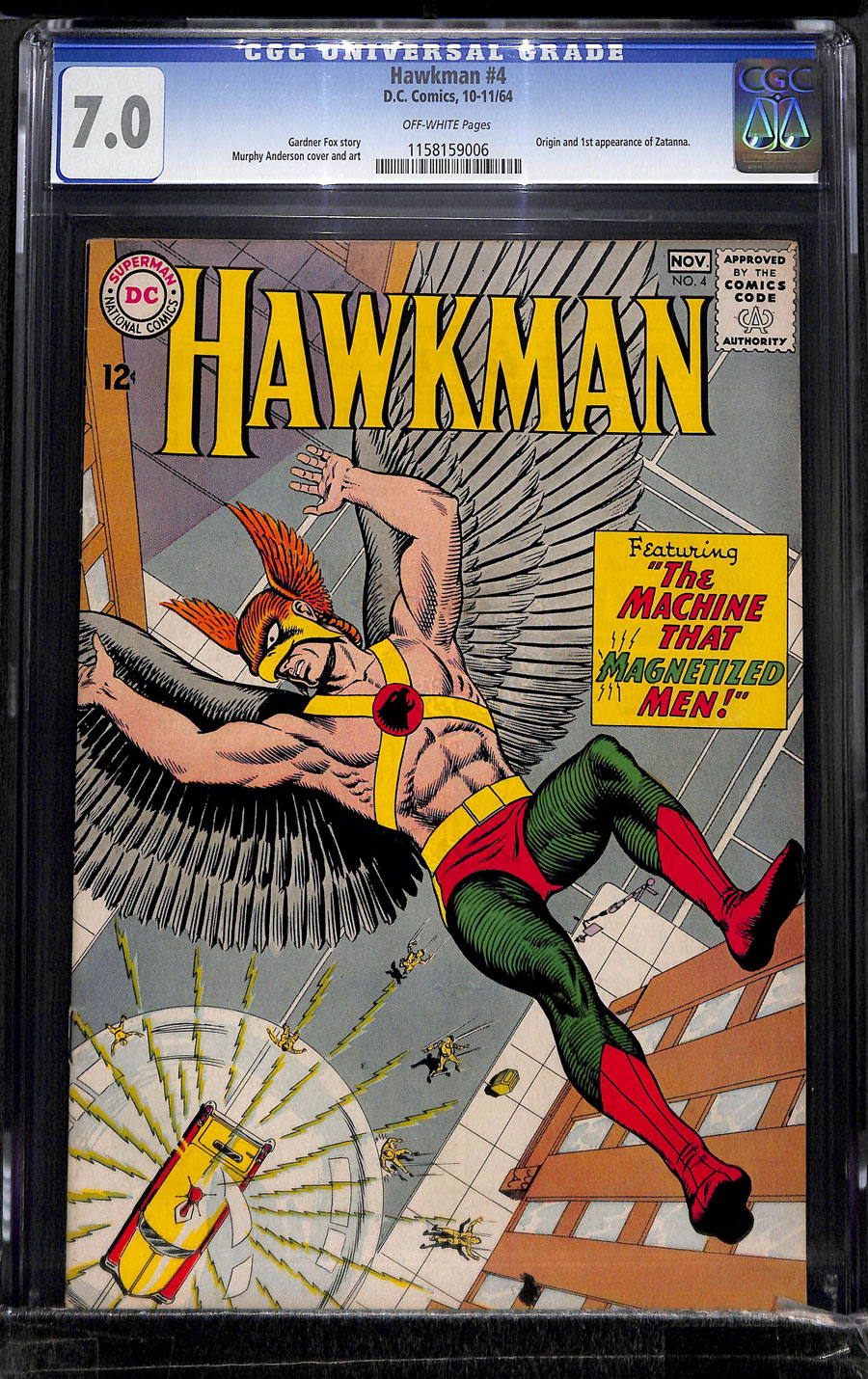 $1,300
Sold For
21
Bids
This auction has ended.
PUBLISHER: DC
COMMENTS: off white pgs
Murphy Anderson cvr/art; origin & 1st app. Zatanna
Read Description ▼
Sell One Of These Inquire About This

Watch
off white pgs
Murphy Anderson cvr/art; origin & 1st app. ZatannaZatanna is a character whose legacy spans all the way back to Action Comics #1, where her father, Zatara starred in his own magical adventures, and she has even crossed over into Vertigo comics where she became the love interest of John Constantine. The magic-wielding heroine is interwoven throughout the fabric of DC’s history, which is why her debut issue is of particular interest to comic collectors, being one of the most-sought after Silver Age DC keys, and devoted DC collectors know how difficult it is to find SA books, especially in good condition. In this issue of Hawkman, Carter and Sheira are alerted to the mysterious appearance of artifacts in their local museum which leads them on a hunt around the globe, parting ways to investigate leads in China and Ireland. In these far-flung locales the two find identical Zatannas, who, once reunited combine to form a complete Zatanna. It turns out the magician split herself in half while on a quest to discover the location of her father and was unable to return to her original form. Her mission to find her father would become the subject of a storyline that was spread across several DC titles, forming a sort of linked plotline in divergent issues, way before this practice became de rigueur in the Modern Age. Zatanna would continue to be a popular featured player in DC’s output for years to come, growing a loyal fan base along the way, which has caused her first appearance to become quite a valuable collectible.