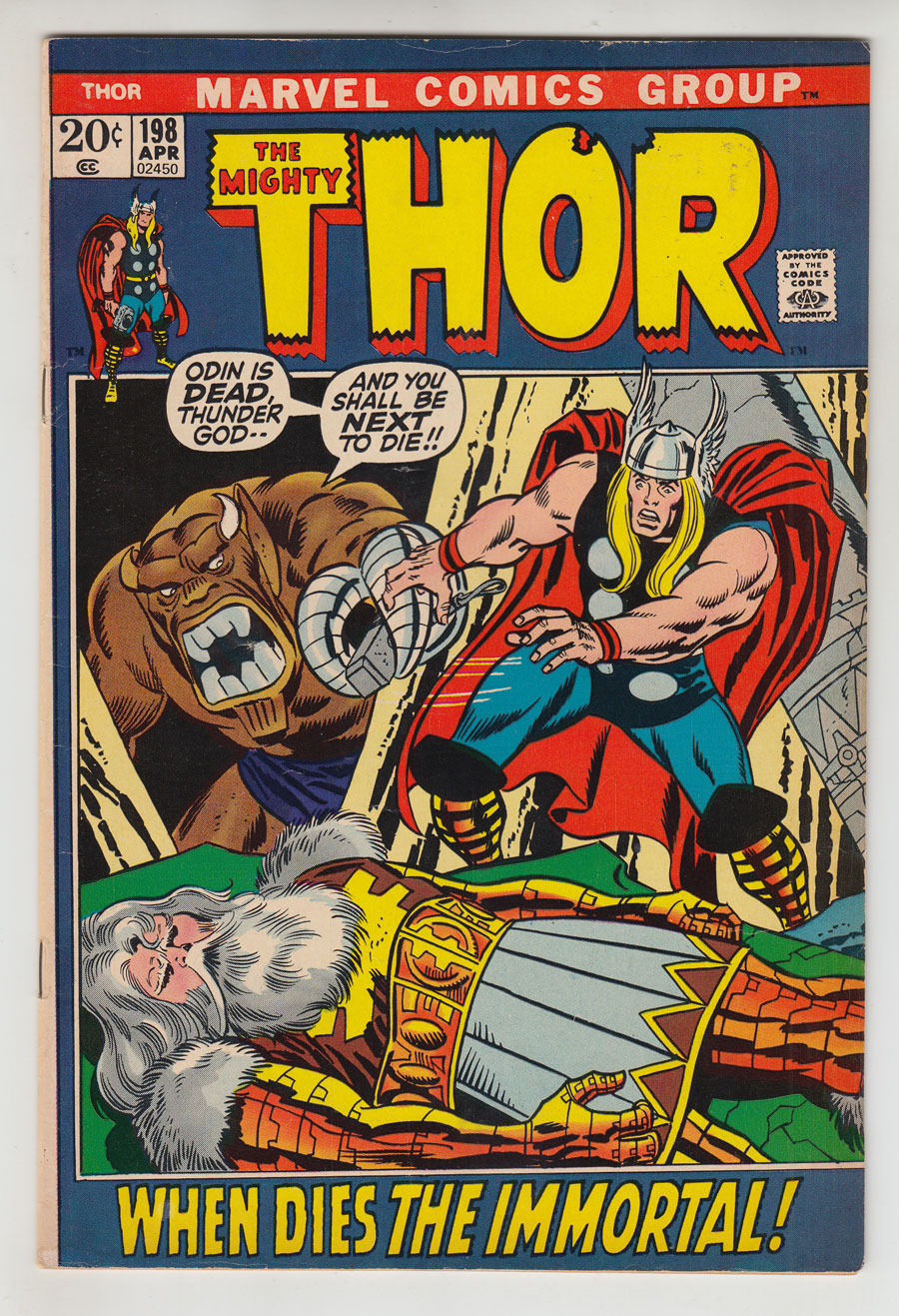 Watch
glossy!
death of Odin; picture frame MarvelCover pencils by John Buscema, inks by Joe Sinnott. "And Odin Dies!", script by Gerry Conway, pencils by John Buscema, inks by Vince Colletta; Odin defeats Mangog by casting a spell that separates him from the hate that feeds him; Unfortunately, the result is not only Mangog's demise, but Odin's as well, as he was not strong enough to keep going after casting such a strong spell; Thor causes time to stand still around Odin so that when Asgard is returned to its rightful dimension, Hela cannot claim his soul.
Artist Information