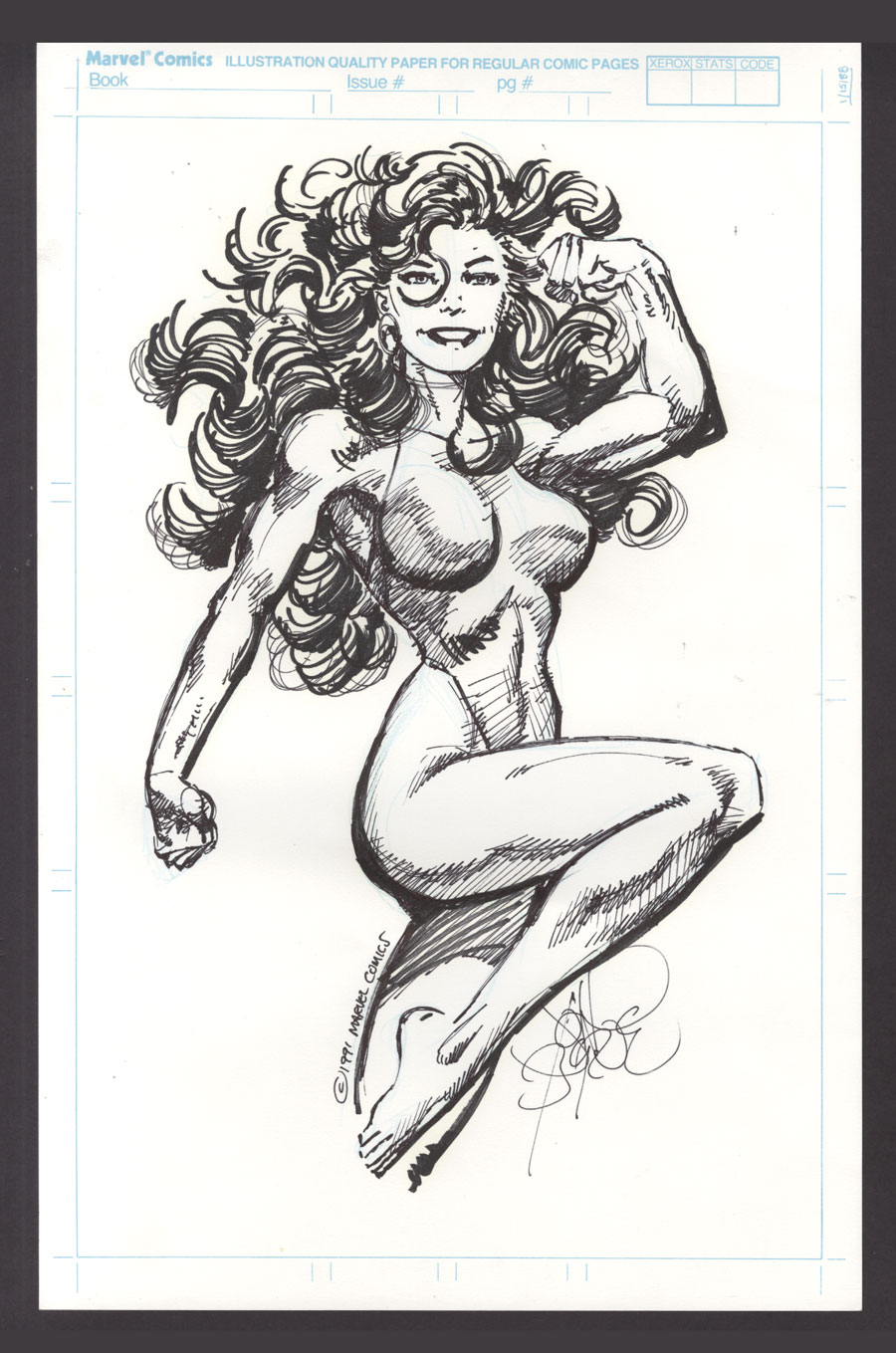 $885
Sold For
17
Bids
This auction has ended.
PUBLISHER: Marvel
COMMENTS: John Byrne blue pencils, inks and signed; 1991; image size 9" x 14.5"
Read Description ▼
Sell One Of These Inquire About This